That complaint is false! 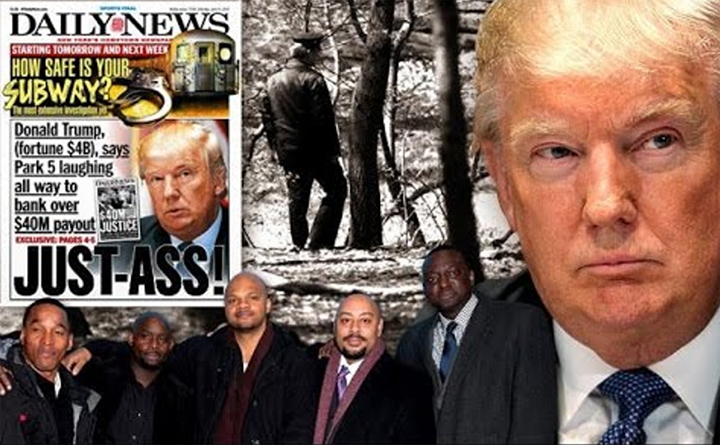 They said he was guilty of murder.

In Oct. of 2009, Adrian P. Thomas was tried and found guilty of second-degree murder of his 4-month old infant son who had died in September of 2008. A coerced, videotaped confession and an erroneous report of head trauma to the child — later it was determined the child died of sepsis due to a bacterial infection — was what was used to convict him. He was later exonerated, after serving 6 years in prison.

They said he was the River Park Rapist.

In 1996, police in South Bend, Indiana arrested Richard Alexander and charged him with multiple rapes. After his conviction, another man confessed to one of the rapes Alexander was charged with. A new round of DNA testing was ordered, exonerating Alexander for the crimes, after serving 5 years in prison.

They sentenced him to death.

Shareef Cousin was only 16 years old when he was arrested, tried and then convicted of the murder of Michael Gerard — based on questionable eyewitness account. Cousin was the youngest inmate ever placed on death row in the state of Louisiana at the time. His conviction was later overturned based on evidence of prosecutorial misconduct, including allegations the prosecutor’s detained witnesses making them unable to testify on Cousin’s behalf. He was released after serving 4 years in prison.

They said all five of them were guilty of rape and murder.

At the time of their arrest, all five children — ages 14–16 — were wrongfully convicted of the rape and murder of 14-year-old Cateresa Matthews. They were convicted on the basis of coerced confessions, and years later were all exonerated through DNA evidence. They spent varying years in prison.

They gave him life in prison.

Juan Rivera was sentenced to life in prison for the rape and murder of 11-year-old Holly Staker. His was retried three separate times. He was eventually exonerated thanks to DNA evidence and alleged evidence tampering by the prosecution. He spent 20 years in prison.

These cases above are but a snapshot of the long list of people who were wrongfully convicted for crimes they did not commit. It’s the tip of an enormous iceberg, lest we forget certain other cases like the Central Park 5 — who were all exonerated for the rape of Trisha Meili in 1989, and all of whom spent anywhere from 6–15 years in prison, thanks in some part to the campaign waged against them in the press by our sitting President who took out full-page ads in New York newspapers demanding their death.

Meanwhile, we live in a time where it seems every couple of weeks there’s another case of a white person calling the police on someone who isn’t white for imaginary trespasses. Like barbecuing in a public park. Or hanging out in a college library. Or waiting to meet a friend in a coffee shop.

It’s okay to be enraged at a case where someone files a false complaint with the police. Especially when it hurts an innocent person who committed no crime at all.

Just make sure your ire is aimed in the right direction.