Head for the Hills 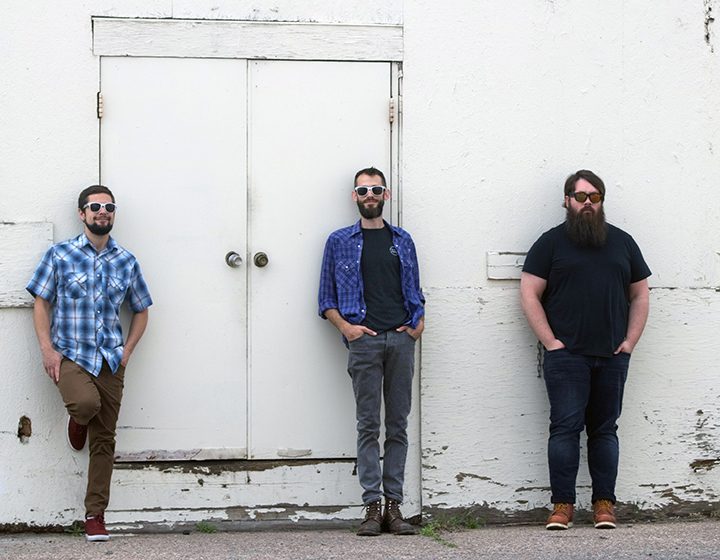 It’s been 15 years since Adam Kinghorn (guitar/vocals), Joe Lessard (violin/octave violin/vocals) and Matt Loewen (upright bass/clarinet/vocals) first started playing together while students at CSU in Fort Collins as Head For The Hills — an Americana Grass band beset with equal parts rock, soul, blues and jazz influences. The group drops their latest and most ambitious EP, Say Your Mind, on March 22, featuring a lineup of friends and collaborators contributing, including vocalist Kim Dawson and a full horn section. Here, all three main members talk about the journey they’ve been on, maintaining a healthy relationship for so long and dealing with the effects of mild electrocution.

French Davis: Talk about the new EP and how it all came together .

Joe Lessard: This little body of work is definitely our most fully realized musical creation to date; every track ended up occupying its own sonic space a bit. This wasn’t one of those projects where we came in with complete songs that we’d been road testing for a year-plus. Instead, we were able to trust our instincts and abilities enough to let the songs come to life in the pre-production sessions and then really blossom in the studio. That’s when we were able to get our ever-growing musical family to take it all to the next level.

FD: What do you think makes this outing unique compared to previous albums?

Matt Loewen: The percussion is the first and obvious answer here; we’ve never had a full kit on a record! It was really fun and rewarding working with Darren Garvey (Elephant Revival) to flesh out those elements of the sound. I would say this record is a maturation of our sound and approach, deeper and closer to what we’re trying to achieve than ever.

FD: Tell us about the songwriting process. Is it wholly collaborative or are there specific roles?

Adam Kinghorn: Our songwriting process has been pretty consistent over the years.  One of us usually brings a fairly established song idea to the table with charts/lyric ideas and then we develop and arrange as a band. Our arrangement and song structure is very much collaborative but typically vision comes from an individual writer. The fun part happens when the band makes a song our own. There have been many times I have shown the band something I wrote that ends up going places I never would have thought of independently.

FD: 15 years is a milestone — what’s the secret to maintaining a healthy creative relationship?

ML: Being long-standing close friends helps. Finding ways to effectively communicate and being considerate. Seems simple, right? We create space for everyone to feel comfortable bringing ideas; we also value the ability to edit/parse/cut things expeditiously and, hopefully, fearlessly. I’d like to think we have a lot of ideas and use almost none of them.

FD: How has being in Colorado impacted you? What is it about the environment that makes it a place you want to live and create in?

JL: Beyond it being a beautiful, inspiring place to live, Colorado’s always had a great music scene. There’s a tight-knit community of music people of all sorts here, from players to festival promoters to production folks. It’s nice going to play somewhere and knowing you’re in good hands, feeling like everyone’s on the same team working toward a common goal. The fact that the crowds here are so receptive and supportive is hard to beat. They dance and hoot and holler even if it’s in dumping snow outside. We’ve definitely got it good.

FD: Tell me your favorite story from the road.

ML: A bunch of years ago we were playing a St. Patty’s Day party on the South Side of Chicago; we were on a makeshift stage with even more makeshift wiring. I went to say something between songs on the mic and got electrocuted so badly I threw my bass with one hand, my beer with the other and jumped back 2 feet. I felt like someone had thrown a sack of potatoes at me! Luckily all was well, my bass was fine and we rewired the stage and kept playing. The show must go on!

JL: I woke up in a police raid in Fargo, N.D. once after spending the night with someone we didn’t really know. Turns out the guy was a homebrewer and the neighbor had seen him bringing big bags of fresh hops into the house. The neighbor maybe mistook the bags of bright green flowers for something else. No one was arrested, but it was a rather rude awakening.

FD: What’s next after this tour? What specific goals do you guys have yet to conquer?

AK: There is still a lot of ground to cover for us and I think we are just beginning to scratch the surface. Musically I don’t think any artist can be perfectly content because we are always trying to capture a new idea or convey what is happening in our own heads. Striving to hit new sounds while still being relatable. A more objective goal for myself is to help people or benefit a greater good by playing music. So often we get caught up in the business end of the music industry that we forget the type of influence we can have on helping others.

Head For The Hills plays eTown Hall on March 22 at 7 p.m. with openers 300 Days. Tickets start at $20, www.headforthehillsmusic.com for more information.