We’re approaching the bountiful season, abundant with fruits and vegetables, when eating fresh becomes really exciting again. With such strong roots in agriculture, Boulder County is always ready to meet each new season with food and drink centered events. Here’s a roundup of some of the most scrumptious and savory shindigs that any foodie must check out.

Sip, sample, spit, or don’t, it’s up to you on during the Pearl Street wine tasting. Sponsored by the Boulder Downtown Partnership, a $65 ticket gets you wine and food samples at 15 locations as you peruse the city’s cultural and culinary arts scene.

Various locations, Lafayette: The opening of the farmers market is the official sign of spring. The overwhelming cornucopia of fresh fruits and vegetables piled on tables with farmers just barely visible above their bounty, that says spring to me. It’s so important to support our local agricultural systems, plus the farmers market is always a good time.

Nutmilks have been taking over, but there are a plethora of vegan dairy products out there for the hardcore vegan or those just looking to experiment with something new. The fair held at the Avalon Ballroom will feature several dozen vendors selling/ sampling a smorgasbord or plant-based cheese, milks, yogurts, ice creams, butters, dressings, and dips among others. There will also be cooking demonstrations and plenty of food trucks and activities. The event is free and open to the public.

The nonprofit Boulder Food Rescue is launching their Participatory Recipe Book, created by the No Cost Grocery Program participants (the people who organize food redistribution in their communities). All recipes use food that is often in PFR deliveries and was created to help those participating or benefiting from BFR services have a bit of fun cooking. The free event at the Museum of Boulder will include a copy of the recipe book, some recipe exploration and community building work. Food will be prepared by Vulcan Azul Catering.

Beer and Craft Bazaar | Inside of the Boulder Creek Festival | May 25 to 27 | Boulder:

The Denver BAZAAR will be hosting the first ever beer and craft bazaar during the Boulder Creek Festival. Featuring over 60 local vendors, 20 breweries and cideries as well as a live DJ, the bazaar will be set up on 13th street during select hours of the festival. Entry is free.

Gives the term ‘beer run’ a whole new meaning. The 5k starts and ends (with a beer) at Upslope Brewery in Boulder. The $30 event includes a free beer, a commemorative cup or swag and a good time. Sign up through the Brewery Running Series website.

Food and Wine Classic, June 14 to 16, Aspen: While not a Boulder County event, the Food and Wine Classic is the premier culinary event in the state. Hosted by Food and Wine Magazine this event gathers some of the most well-known chefs, winemakers and tastemakers into the mountains for a weekend of indulgence for the mind and body (and spirits, lots of spirits). Tickets start at $1,600, but what’s the cost of love? 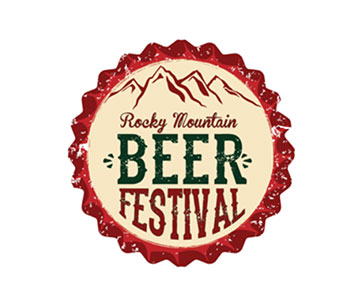 There’s nothing Coloradans love more than beer and outdoors. This festival combines both of them into a day of drinking, lawn games, and live music. The festival, now in its fifth year, features local and regional craft breweries and is free to enter, although any beer tasting requires a purchased package (there are several to choose from). Get yours early for a discounted rate.

Boulder Beer Co was one of the first craft breweries in Colorado and its celebrating 40 years of brewing with a casual run/walk and after party. There will be live music and of course, a variety of Boulder Beer brews as well as some experimental brews, free sandwiches and a t-shirt dying station.

Boulder Taco Fest celebrates the staple Mexican dish as well as local breweries in this annual event. With five lucha libre wrestling matches, live music, and five breweries, this event is a wild good time, not to mention the ten different taco vendors – from traditional to gringo. A $20 ticket gets you one taco, one beer and access to wrestling matches and live music. Buy tickets at Eventbrite.

The sixth annual craft beer festival is a showcase of some of our state’s finest beers. This event sells out every year, so buy your ticket early. General admission is $35, and VIP is $50 in advance.