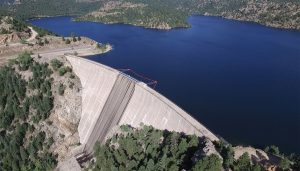 The 2019 session of the Colorado legislature is a wrap. Democrats passed an incredible amount of bills that will affect Boulder County, including full kindergarten for all, oil and gas regulations, and the  Extreme Risk Protection Order bill (AKA red flag law). Governor Polis also signed eight education related bills into law. USNews ranks CO as 30th overall in education * There was an armed bank robbery in Superior. Two armed, athletic White men made off with an undisclosed amount of money. One had bandannas tied to his jeans, so we assume he was a knockoff member of a 90s boy band. Call Boulder County Sheriff’s Office Detective Sears at 303-441-1713 with info. * File your appeals. BOCO property owners who disagree with the latest values the Assessor’s Office has assigned to their properties have until midnight June 3 to file appeals. The office sent out 161,000 notices of value. * The Boulder County Commissioners have designated May “Older Americans Month,” in a proclamation signed Thursday, May 2. Boulder County is home to more than 65,000 older adults (60 and over). * The Boulder Police Oversight Board has been formed. Unfortunately, one of the main criteria, that at least one member be unhoused or have experienced houselessness, was not met. Sammie Lawrence IV was recommended for inclusion, but five council members followed councilwoman Mary Young’s lead and dissented. * College Degrees not required. In an effort to invest in equity and inclusion, Boulder County has removed the college degree requirement from 82 positions after reviewing every position to determine if a degree was necessary to fulfill the requirements and duties of each position. * Leave it to beavers. Boulder County and the City of Boulder have been analyzing which streams in the area are best to reintroduce beaver families “for beaver restoration and ecological restoration using beaver”. * Escalation of petty. After being sued, Boulder County, claiming a zoned-land exemption should excuse Denver Water from having to submit to the land use review process for the Gross Reservoir expansion, “notified Denver Water it will not process the utility’s land use review application for a Gross Reservoir expansion at the same time it is defending itself” against that lawsuit. Krithik Ramesh, 16, of Greenwood Village, CO, was awarded the first $75,000 Gordon E. Moore Award for developing a machine learning technology for orthopedic surgeons, winning the Intel International Science and Engineering Fair. Congrats!

“We want them to be aggressive so they can learn from their aggressive mistakes rather than being tentative.”

“Colorado takes the No. 1 spot in the economy ranking, with an impressive performance in measures of growth and entrepreneurship.”

“Given the priority we saw voters make of energy and the environment this past fall they were a really… an important part of this past legislative session.”