Spotlight on Josh Mattison and The Order of Death 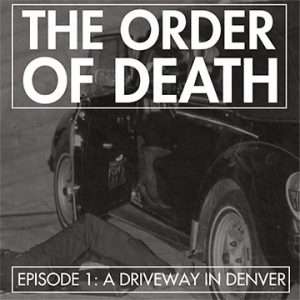 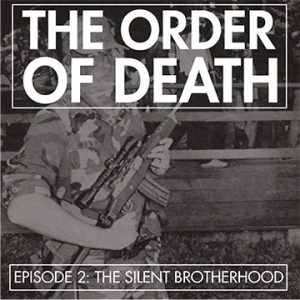 June 18, 1984. Around 10 p.m. Denver AM radio Shock Jock Alan Berg had just returned home from dinner with his ex-wife. A moment later, Berg perished instantly in a hail of .45-caliber bullets fired by a fully automatic MAC10 submachine gun. The highly outspoken critic of anti-semitism and white supremacy movements in the U.S. had just been assassinated in the driveway of his Congress Park neighborhood home in Denver by a white supremacist organization called The Order. Now, 35 years later, Denver Orbit podcaster Josh Mattison and his team have revisited the story behind Berg’s assassination, the cowardice of the racist hate group that targeted him, and why this story is so resonant more than three decades later.

FD: Talk about the history of this production—why the Alan Berg story drew you to it and what makes it relevant now?

Josh Mattison: I grew up in Denver and was aware of Alan Berg’s murder. But my knowledge of the events was mostly informed by Oliver Stone’s movie, Talk Radio, which I saw in high school and just assumed to be close to the truth. In this film version, Berg (played by Eric Bogosian) has a few crazy days on the radio, argues with his ex-wife, and is shot by an angry skinhead type at the end of the movie. I thought that story would make for an interesting kind of “weird Denver” piece I could put on my show. But when I looked at the actual story and saw that Berg was killed by a white supremacist group whose ultimate goal was overthrowing the U.S. government and instituting an all-white ethno-state, I saw that this was a much larger story that would need a lot more room And, of course, there are parallels to our current climate that gave the project a sense of importance and urgency.

FD:Tell me more about Alan Berg himself. Who was he and why should he matter to both local and national audiences.

JM: Alan Berg was a criminal defense lawyer from Chicago who burned out on his life defending the mafia and moved to Denver. After moving, Berg became one of the most prominent voices in American talk radio in the West. He was bombastic, brash, and argumentative. Berg was one of a new kind of radio host called “shock jocks,” forerunners for the kind of debate/entertainment that we see today both on the radio with people like Limbaugh and Hannity. Perhaps unwittingly, Berg and others helped change the political discourse on the radio from one of somewhat polite disagreement to out-and-out shouting. So just the story of Berg’s life and his impact on talk radio alone is fascinating, but when you factor in why he was killed, his story becomes incredibly relevant. His life intersected with that of a militant neo-nazi group known as The Order, led by a man named Bob Mathews. They were in the middle of a crime spree — robbing banks and armored cars, counterfeiting money, and stockpiling weapons and ammo among other things. And the repercussions from Berg’s murder would start a chain reaction from Ruby Ridge to Waco Texas to Oklahoma City and into the present day.

French Davis: Give me the background on your team. Is this a full Denver Orbit production?

JM: This story was originally going to be a short piece on Denver Orbit until I realized that there was a lot more to it than a half-hour would serve. I realized it would need its own space. So The Order of Death is not a Denver Orbit production, but it’s made by largely the same people. I produced it with Shannon Geis, a friend and super talented radio producer who I met a few years ago. Ryan Connell did some of the reporting and a lot of research. He is a writer and historian and an old friend. Ryan helped me start Denver Orbit before he moved to Tulsa. In addition, we have a theme song by Matthew Simonson, and my friend Kevin Richards was kind enough to lend some of his weird, awesome guitar music to us. The other music is from publicly available podcast music. I do all the editing and sound design,

FD: Tell me about the process of putting this all together — how long it took and the effort you put in to get the interviews and case files and clippings you needed to tell the story.

JM: I started researching this story with Ryan Connell around three or four years ago for Denver Orbit. We mapped out a basic story structure and what it might take to actually tell the story. Then Ryan left Denver, and the project got put on the back burner. Early last summer I decided to get back to work on it and interviewed my old friend Justin Kirkland who’s studied white supremacist movements. Next I picked up the books, The Silent Brotherhood by Kevin Flynn and Talked to Death by Stephen Singular, and realized that they both lived in Denver. Almost on a whim I reached out to them to see if they wanted to be interviewed and they both said yes, so the project really took off from there. Stephen put me in touch with Judith Lee Berg (Alan’s ex-wife) and the story took on some depth and texture. As the project got bigger, I knew I would need help, so I reached out to Shannon, and she came on board. We then reached out to the ADL and were lucky to get Mark Pitcavage to explain and analyze the white supremacist ideology. And I got really lucky looking through Fresh Air’s new online archives and found an old interview with one of The Order’s former members. Finally, we reached out to Leah Sottile, who produced the excellent documentary podcast, Bundyville, and interviewed her about the state of white supremacy in the Pacific Northwest today.

FD: What are some things you learned in this process that surprised you about the case?

JM: One of the biggest surprises about this case is that no one was prosecuted for murdering Berg. I didn’t fully understand what that meant until I read the newspaper accounts from that time. The district attorney, Norman Early, decided there wasn’t enough evidence to move forward with a murder trial. I think he felt that since the people involved were going to prison for federal racketeering charges that he didn’t have to prosecute at the state level. This was hugely controversial. A headline from the Denver Post at the time said “Early’s Dallying Lost Berg Case Feds Say.” So Federal prosecutors had to step back in, and they wound up prosecuting The Order members for violating Alan Berg’s civil rights, meaning they killed him for being Jewish. So it was through researching old articles that we were able to understand the context rather than just regurgitating the facts.

FD: Talk about the podcast medium as a storytelling device and why you use this medium?

JM: I love sound design and audio storytelling. It’s something I’ve wanted to do myself since I first heard This American Life in the late ’90s.  I think sound and the intimacy of audio storytelling can create a very immersive environment. And of course, Alan Berg was a radio guy. So there’s a certain kind of symmetry exploring his life through this audio medium. More than that though, it allows me to follow this story from Denver to the desert of California and up to Idaho and the Pacific Northwest without leaving my home. And the audience doesn’t have to be stuck in one place watching or reading. If I’ve done my job well, they can go on that journey too, wherever they are.

FD: What are some of the most important takeaways you want people to have?

JM: I think the key to this story, and what I hope makes it more than just another “true-crime” tale, is the connections it has to the current resurgence in far-right hate groups.The murder of Alan Berg by The Order wasn’t just a blip on the radar. The Order were part of a new movement of white supremacist thought whose violent ideology is still very prevalent today. And some of the infrastructure that helped support The Order and their crimes is still in place as well. Many of the men involved in this had a huge amount of influence on modern white supremacist ideology, even from prison; Bob Mathews is thought of as a martyr in that movement. So it’s important to see what’s happening in the context of history so we can have a deeper knowledge and understanding of our current moment.

FD: What’s next for you and your crew?

JM: My podcast, Denver Orbit has been on an unofficial hiatus, so I am super excited to get back to that. We are going to rebrand to “Low Orbit” as a way to focus on creative storytelling and audio from all over the world and open the door to audio makers not just here in Denver but from everywhere. We’re also going to concentrate on making more original stories as well. So look for that starting early in the new year.