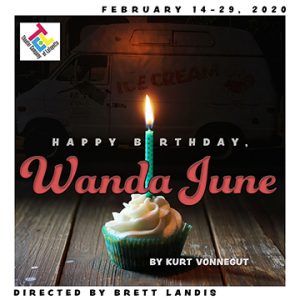 The Theater Company of Lafayette is paying homage to one of the most compelling literary giants of the recent past with Kurt Vonnegut’s Happy Birthday, Wanda June, playing Feb. 14–29 at the Mary Miller Theater (300 E. Simpson Street, Lafayette). This is the story of Penelope Ryan and her son Paul, who deal with the ramifications from her husband returning home after being presumed dead while fighting overseas. This play, originally produced in 1970, is still just as powerful and just as relevant today.

It’s hard to overstate the intertwined relationship between G. Love and Boulder. For more than 25 years, the blues-steeped alternative hip-hop group’s been a mainstay on the Fox Theatre stage — oft-times more than once a year on his never-ending touring schedule. “I think Colorado as a whole has been historically a live-music haven,” said front man Garrett Dutton in an interview with Yellow Scene’s French Davis in 2010. “There’s a lot of young, freewheeling and open-minded people in Colorado, and since we first dropped in ’94, we have been embraced. Boulder in particular was the epicenter for our vibration out there and we played the shit out of the Fox Theater over the years.” Catch them again at the Fox Feb. 29 at 7:30.

Tickets are $30+, www.foxtheatre.com for more information.

One of Broadway’s most thrilling musicals is coming to northern Colorado’s Candlelight Dinner Playhouse (4747 Marketplace Drive, Johnstown) through March 29, 2020. Jekyll & Hyde is the classic story of Dr. Henry Jekyll, who creates a potion in his lab that changes him into his murderous alter ego, Edward Hyde. Jekyll must then work to stop the violent transformations before it goes too far. Based on the famed story by Robert Louis Stevenson, Jekyll & Hyde includes some truly powerful music by Frank Wildhorn. 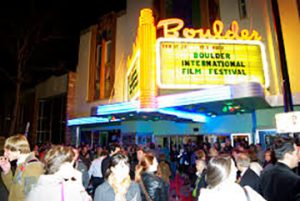 Since 2005, the Boulder International Film Festival has brought some of the greatest filmmakers in the world to the edge of the Flatirons. Each year, more than 25,000 people, including actors like Alec Baldwin, Martin Sheen, Shirley MacLaine, Blythe Danner, Maria Bello, and Chevy Chase; and filmmakers like Lawrence Kasdan (The Big Chill, Raiders of the Lost Ark), Anthony Bregman (Eternal Sunshine of the Spotless Mind), and Presidential Medal of Freedom honoree Congressman John Lewis (Freedom Riders), turn the region into a celebration of the best in storytelling through cinema.

This year’s festival spreads into Longmont and Ft. Collins as well, with ticket packages starting at only $30, starting March 5. Visit www.biff1.com for tickets and more information

Shalom-Entaschen 2020 at the People’s Building

A little-known religious holiday in the States, Purim is a huge celebration in Israel. Commemorating the story told in the Book of Esther of Jewish acceptance in Persia and the defeat of the evil plot of Haman, advisor to Persian King Ahasuerus, the celebration includes parades, costumes, carnivals and gift-giving — like Mardi Gras meets Halloween. In an effort to bring that fun to a greater audience, Shalom-Entaschen’s inaugural event happens March 7 at the People’s Building in Aurora. Featuring three bands — Klezmer group Hadgaba, Tivoli Club Brass Band, and Oingo Boingo tribute act Reptiles and Samurai — as well as juggler/comedian Reid Belstock, video performance artist John Heenan and carnival games, caricature artists and a truckload of Hamantaschen (a delicious jelly-filled traditional Jewish cookie), this event is also a fundraiser for the Hebrew Immigrant Aid Society. HIAS helps climate and conflict refugees of faiths and cultures from all over the world, and was the ultimate target in the Pittsburgh Synagogue shooter’s crosshairs in 2018. There will be a silent auction as well to benefit the 140-year-old non-profit.

If you’re looking for the perfect girls’ night out, look no further than Longmont Theatre Company’s (513 Main Street, Longmont) production of Exit Laughing. This hilarious show tells the story of a weekly women’s bridge night that has been running for 30 years when one of the foursome inconveniently dies. What does this group of Southern ladies do when this happens? Certainly not cancel the game. Instead, they set out to “borrow” the ashes of their departed friend for one last game of Bridge.

Tickets range from $18 to $20 online at www.longmonttheatre.org. 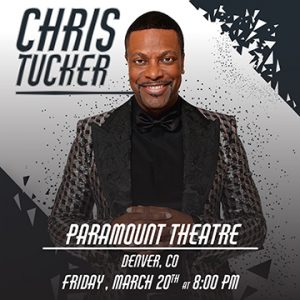 Since his breakout performance in F. Gary Gray’s 1995 directorial debut Friday, Chris Tucker’s penchant for exhaustingly frenetic comedic performances turned him into a household name. Thanks to additional turns in The Fifth Element and the Jackie Chan buddy cop franchise Rush Hour, his films have placed him in the elite billion-dollar-grossing club. But it was his dramatic performance in the Oscar-nominated Silver Linings Playbook that revealed a surprising depth to his dramatic chops as well. Now he returns to his roots on the standup circuit with a turn at Paramount Theatre on March 20 at 8 p.m.

Tickets start at $49 and are available at www.paramounttheatre.com.