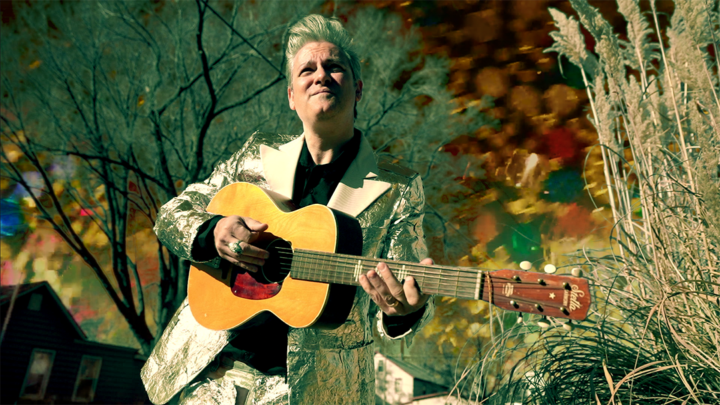 Spotlight on Til Willis

But the real standout is his songwriting. Over two decades and 13 albums (Dirtflowers is his fourth outing with his current band, Erratic Cowboy), Willis plants his flag deep in the Americana topsoil that is a modern day troubador’s playground. Splitting his time evenly between Kansas and Colorado performing as a solo artist, one-half of the acoustic duo Solohawk, and with his Erratic Cowboy band, Willis took time out of his road-weary schedule to discuss the new album, what it’s like being the son of two states and riding through Mississippi with the ‘Stones on the radio…

French Davis: Give me the Til Willis story…

Til Willis: Well, I was born in Mississippi, but I consider Ouray, Colorado, my hometown. We moved there when I was 12. I moved to Lawrence, Kansas, 10 years ago, following my wife. We now split our time 50/50 between Colorado and Kansas. As for music… I was a very artistically encouraged kid. My dad is an artist. I just loved music from a very young age. I was probably 4 when Dad taught me to play harmonica, and at about 6 I decided I was going to be a singer. We were on a car ride into Jackson, and the Rolling Stones were on the radio; I was singing along. I thought, all Mick does for the band is sing, I could do that. But I didn’t tell anyone. Years later my Dad just bought me a guitar for Christmas out of the blue, I was 12. That’s how I got into playing. As a listener, I’ll tell you that the first album I ever wanted, and subsequently got, was Bob Dylan Greatest Hits Vol 1, I was 6. I still have that cassette.

FD: Let’s talk about Dirtflowers — how you came up with the concept and why you chose the tunes you did.

TW: Usually songs just seem to fit together. We recorded two albums in the months leading up to my daughter’s birth, and Dirtflowers made sense to be the first released. The other will probably get released next year; it’s a super stripped-down trio album. Originally we cut 16 songs for Dirtflowers, and whittled it down to the 11 you hear. And, all these songs lent themselves to having a bigger production style — horns, Rhodes, craziness. I was trying to be autobiographically naked in these songs as a way of working through a depression that took a while to wrestle down. The title to me suggests the beautiful things you weren’t looking for, but then suddenly notice all around you. Like being on a camping trip, it rains, and all you can do is complain about the rain, then it dawns on you how pretty the clouds are, and then you reconsider the water droplets on leaves and mist in the trees. Everything suddenly seems magical, and your complaints all seem small up against the beauty.

TW: It’s classic! It’s also large enough that you can really get acquainted with the artwork, and the weight of it feels good in your hands.

FD: When I describe you to others, the first word that comes to mind is “authentic.” You have the look of an old-school country/Americana troubadour, an indie-folk-rock warble in your sound…but nothing about you seems manufactured. To what do you credit your evolution and growth as a musician? And a person?

TW: I appreciate that, I don’t know how to be anyone else. My wife studies Cultural Geography, sense of place, and we were talking the other day about different regional personality traits. It occurred to me that the two states that produced me — in the South and the West — are both fiercely independent, in very different ways. I suppose I’m a product of that. Musically, I suppose that translates to not wanting to do what everyone else is doing, digging in my own garden and trying to enjoy my time as I see fit.

FD: With such an expansive catalog, what are some of the tunes you enjoy playing the most?

TW: I’m really enjoying playing the Dirtflowers songs, and the B-sides from this album. In particular, “Beyond The Heather,” which was the B-side for Sons of Decent Children. I recorded it as a folky acoustic thing, but with the band it just becomes expansive. Our live version has been reminding me of Buffalo Springfield. But, I suppose all artists like playing their new stuff. That said, I have some tunes that I’ve consistently performed for almost my entire career. My first album came out 20 years ago last year, so there’s lots to choose from.

FD: You split an awful lot of time between Kansas and Colorado. Talk about the difference between the scenes for you and why you seem to be content in both places.

TW: Well, most of my Colorado performing is acoustic and solo, with the exception of SOLOHAWK shows, which is an acoustic duo. In Kansas, during the time I’m there, I get to be noisy and electric with Erratic Cowboy. Usually by the time I leave for Colorado, I’m ready for a band break, and the freedom that comes with doing solo shows.

FD: What else you got in the hopper? What’s next?

TW: I’ve got an EP with Erratic Cowboy coming out this spring called Confidential Ballroom. There will also be a new SOLOHAWK album out this year, and probably an EP or two. There may also be a couple of live albums at some point this year too. Those are the projects that are ready or almost ready to roll. There are a few other pots boiling in the kitchen as well; their aroma is just starting to fill the air.