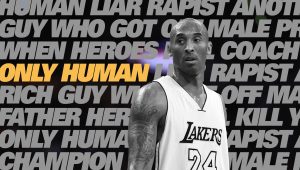 When I was 9 years old, I had three favorite authors: Franklin W. Dixon (a pen name for dozens of authors who wrote the Hardy Boys series), Walter Farley (writer of the Black Stallion series), and Roald Dahl.

Of the three, Dahl topped the list. Charlie and the Chocolate Factory. Charlie and the Great Glass Elevator. James and the Giant Peach. The Twits. The Witches. I read all of them multiple times. I loved the way he told his stories, the way he weaved narratives of ordinary people in extraordinary circumstances, the way he often featured children — like me — as the hero and that the bad guys were the mean adults — especially mean teachers, of which I’d already met a few in my own life. There was a grisly darkness to much of his storytelling. He could be disgusting and vulgar. But there was still plenty of magic, too. He was a latter day Brothers Grimm.

He was my hero.

He was a hero in only the way a 9-year-old boy can imagine him to be. I figured he was a lot like Willy Wonka himself. I imagined him living in a big British castle, surrounded by his own army of Oompa Loompas (I was too young to understand the problematic metaphor at play here), inviting neighborhood children over to romp through his estate and play in all the different magical rooms he must have created expressly for them. He was a paragon of idyllic child wonderment to me.

And then, in 1983, he did an interview with the New Statesman. And what he said in that interview absolutely devastated me.

“In 1983, he told the New Statesman, ‘There is a trait in the Jewish character that does provoke animosity, maybe it’s a kind of lack of generosity towards non-Jews. I mean, there’s always a reason why anti-anything crops up anywhere; even a stinker like Hitler didn’t just pick on them for no reason. I mean, if you and I were in a line moving towards what we knew were gas chambers, I’d rather have a go at taking one of the guards with me; but they [the Jews] were always submissive.’”

By this point I’d already learned much about the Holocaust. I already had a strong notion of its reverberation throughout my own family. I had already read Joseph and Me and The Diary of Anne Frank. My Jewish identity had been cemented. And here was my hero, absolutely ripping it to shreds.

I was hurt. I was confused. But mostly, I was angry. And I wanted the world to be as angry at him as I was. So I started telling people about what I’d read whenever his name came up.

No one believed me.

Everyone loved his books. There was no way they could reconcile this cognitive dissonance in their own heads. It was all a lie, they’d tell me. You don’t know what you read, they’d say. Or in some cases, it would be worse, and they’d suggest maybe he had a point.

When he died in 1990, it came up all over again. I was in high school, and my English teacher brought it up in class. And when I challenged her that yeah, he wrote good books, but he was also a terrible person, she admonished me for “trying to tarnish” his legacy.

I suppose I’m glad it happened to me when it did — learning at an early age just how precarious and ill-advised it was to worship actual living human beings as heroes. Humanity is rife with fallibility. The higher up the precipice of your pedestal resides, the greater the fall when your hero slips off of it. No one is as perfect as we want them to be.

To call it a swirl is an understatement. First, the outcry of grief and hero-worship, and almost as immediate, the ensuing backlash regarding the looming shadow of the 2003 rape charges he faced in Eagle County. Even just tweeting out the 2016 Daily Beast article on the topic got a WaPo reporter suspended. The two camps — those who think the case bears relevance in regard to his legacy, and those who decry it as an ill-timed character assassination at best — appear to be separated by an enormous gulf. There won’t be a meeting of the minds on this one anytime soon.

It’s sad for everyone. For the families of the victims of the crash, for victims of sexual violence who might consider his adulation as yet another personal violation, and for the people grieving the loss of their hero while simultaneously watching his legacy tarnished by their friends.

The truth, and perhaps this is the saddest takeaway of all, is that the worst thing our heroes can ever be… is human.