Owners April Bliss and Brooks Steele are what some might call spring chickens to the food truck industry. Their newest venture, Gaijin Street Food, made its maiden voyage onto the mobile food scene on March 3. But Bliss and Steele aren’t new to the cuisine world. Their cuisine experience began in Baltimore, Maryland over six years ago. Steele was a chef and Bliss was in the wine and restaurant world before their move to Longmont. 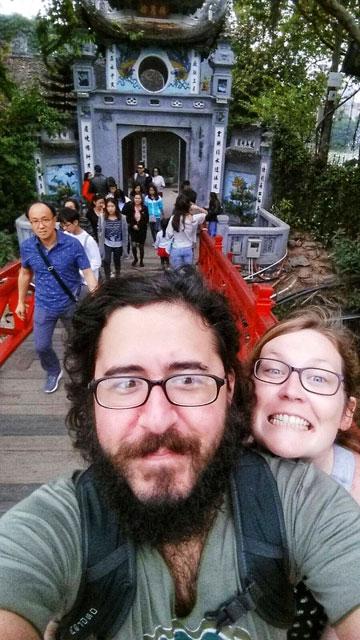 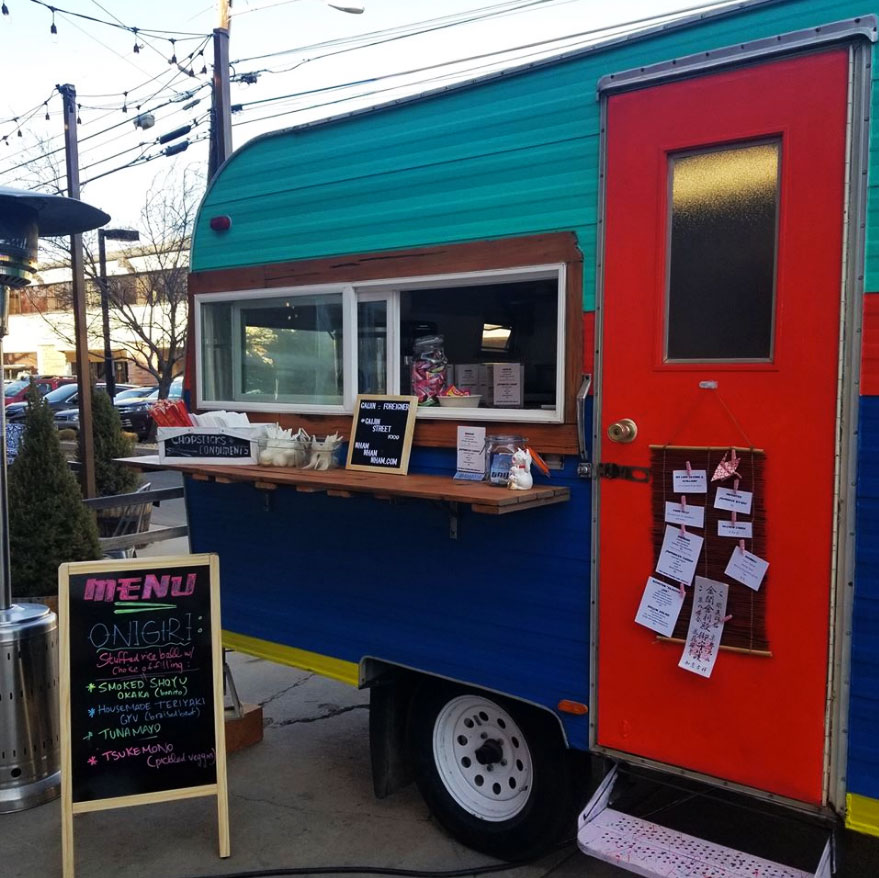 But it was a trip to Asia, including Japan, Thailand, Vietnam, Laos, and Malaysia, which propelled the team to create the Gaijin Street Food truck in Longmont. The backpacking trip took the owners over three months. Bliss had already done a study abroad in Japan, and was eager to bring the flavors of Southeast Asia and Japan to the Front Range. “When we came back to Longmont, we said ‘we love Longmont’ of course, but we need a variety of food here.”

Local foodies now benefit from the journey Bliss and Steele took to the other side of the world through spicy and savory plates served through a window. The owners see their mobile kitchen as an education in flavor and culture. “I think what is important to me about food, cooking, and serving other people is bringing what I think is important about food to the plate for other people – that is, communal eats. When we were traveling in Asia, food was something that held people together. The thing that I really want to see, especially in an environment like a brewery, is to bring people together with food.” He said he wants people to see there’s so much more to eating “than just getting full.” Steele said as the pair took orders.

Steele pointed out that “gaijin” is Japanese for foreigners. He said the word ties their cooking goals together as the pair use traditional street food with unusual and fun ingredients.

Longmont and Boulder County foodies are spreading the good word on the latest food truck newbie. Japanese pickles in beef curry and tuna mayo Onigiri are mentioned by fans on Gaijin’s social media. The top selling items is the Onigiri, Japanese curry, and the Bulgogi cheesesteak, according to Bliss. She reminded diners that they are delivering the curry by the quart to households during the current Coronavirus situation.

“Our end goal with this truck is to take people along on the same journey we went on through Southeast Asia,” Steele said. He noted the truck is painted vibrant colors (aqua, red, lime green, and royal blue) to resemble a Vietnamese fishing boat. The customers’ education begins before the plate is even ordered.

Setting themselves apart from other food trucks in the area is a priority for Steele and Bliss. Gaijin’s owners focus on full flavor and options for the thrifty foodie. Steele mentioned they are proud of their optional small bites plates which they offer at smaller prices. He said he wants customers to know they don’t have to commit to a full dinner if they just want a tasty sample.

Seeking to please customer’s changing palettes is also a priority, and diners will benefit from a change in menu every few months. Steele and Bliss plan to introduce new plates each season. “This summer we will be doing more Thai and Vietnamese food,” Bliss said. “Right now we are Japanese heavy.”

Look for the Gaijin Street Food truck at area breweries or cideries in the Longmont area. Check their social media sites for additional locations and menu changes.