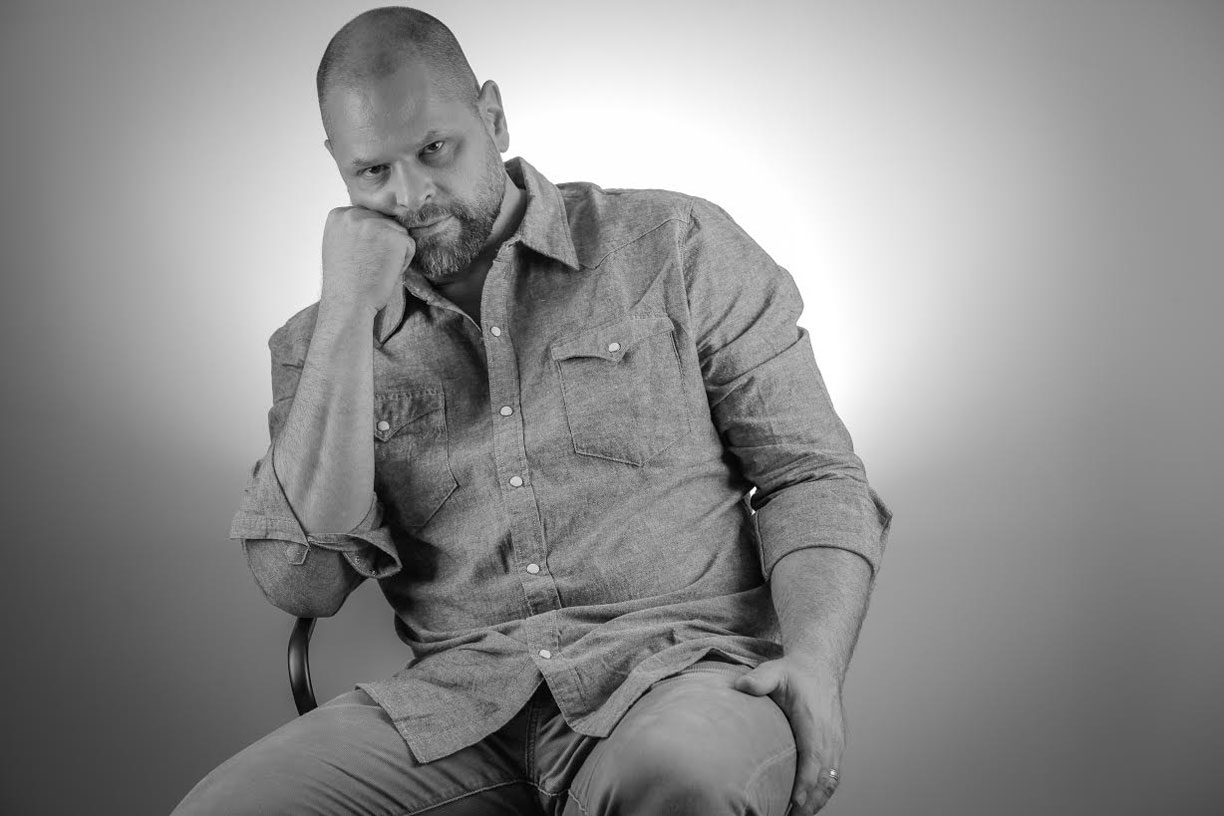 It’s impossible to talk about the singer-songwriter genre in Colorado without talking about John Common. His residency as a long-tenured laureate of sorts is as unimpeachable as his street cred. He’s got all the awards from local media and plenty of nods from national. And now, he’s taking a new direction with hit 8th studio release, The Low Wines, Vol. 1, released last month to an invite-only, intimate house party filled to the rafters with friends, artists and other performers. It’s an A-side of an EP, soon to be complemented by a Vol. 2 “b-side” and, if we’re lucky a vinyl release.

The album is a deeply introspective, beautiful outing — with only longtime collaborators Jess Denicola (vocals) and guitarist Joe Mazza at Common’s side, recorded live in his home. The EP is just four cuts — three originals and an almost unrecognizable take on The Ramones’ “I Wanna Be Sedated” is all we get for Vol. 1, and it certainly leaves us wanting more. We caught up with John to talk about this new direction, the intimacy of sharing his art in a new way, and his favorite curse word…

French Davis: How you doing, man?

John Common: Life is good, my friend. Life is good. Just so excited about this … Like, really, excited and kind of proud, if I … Can you say you’re proud of a record? I’m proud of it, man.

FD: I would hope so. I hope you wouldn’t release something you weren’t proud of.

JC: Right? This has been a really cool process. So like, the moment these songs were written, to when I started thinking about putting them together, into a thing that ends up getting called a record…. What kind of record do I want to make? And how do I want to make it, and who do I want to make it with? And what do I want the feeling of this record to be like? It’s funny to me, every time I make a record, I sort of forget just how long of a process it is, and how it’s like the culmination of hundreds or thousands of choices. And then, when you finally put it out… it simultaneously feels like you’ve been doing it for a long time, by the time you release it, all of a sudden you look at it, and you’re like, oh my god, it feels brand new. It’s a weird thing.

JC: That’s exactly it, man. This process, these songs, this thing that you’ve … It’s like, by the time it comes out, you’ve been truthfully living with it in some cases years, from a songwriting standpoint. And then you send it to French, and he’s like, “What’s this thing you just sent me?” And you’re like, “Oh, shit. French has never heard this.” You know? Like, what’s he going to think?

FD: You know, it was interesting. As I was listening to it — and then reading the stories that you provided with each of the tracks — I got this sense of melancholic optimism kind of running through it. …There’s kind of this grownup sense of the loss of youth, or at least … Not necessarily youth, but like the loss of naivety, and the acceptance of growing older, at some points. So there was the bittersweetness of kind of the pain of life, pain of love, pain of loss, pain of self-realization. And then, at the same time, the freedom therein, you know?

JC: That’s really well said. And I wrote a song along time ago that had the following lyric in it that, what you just said reminded me of this one lyric that said, “we are trading our youth for wisdom.” …And if you’re living your life right, that trade is not a bummer. It’s not just sad, because like in a youth-obsessed culture, it could be sad. But in the real world where people live, and love, and work, and make things, and learn, it’s actually … There is something beautiful about that naïve fresh cut flower. We all love that flower, don’t get me wrong, the youth. But it is not the worst thing in the world to know a thing or two. You know?

FD: …Because that track feels like a metaphor for death. And not necessarily in a bad way.

JC: That is the obvious take — the first place that anybody listening to it, I totally get how they would go there. But for me, it’s about passing. I don’t mean the word death only. I mean passing from state to another. I think that one of the things that happens as you get older is you learn that things change. Relationships change. Yes, sometimes people do die. So that is a passage. But there are lots of passages in life. The song is from the perspective of the person who is passing. And it’s them saying that they’re appreciating what they had in the “before.” And we’re watching that person leave the shore of what has been, and they’re wading out into the water of what fucking comes next, man. And it’s not just death. Ideally, it isn’t just death. I think it’s more just about what happens when you kind of let go of what you’ve been holding onto, and you trust kind of floating into the next space.

FD: Speaking, of, I don’t know if you heard, but James Lipton died today. And I thought, because of the timing, it would be fun to ask you his patented take on the Proust questionnaire.

FD: So, John Common. What is your favorite word?

JC: Let me think. Yeah. What is my favorite word? I’m not going to overthink it… “Connect.”

FD: What is your least favorite word?

FD: What turns you on?

FD: What turns you off?

FD: What sound or noise do you love?

JC: I love the sound of my dog, Izzy, snoring.

FD: What sound or noise do you hate?

FD: What is your favorite curse word?

FD: What profession other than your own, would you like to attempt?

JC: A painter. Or a filmmaker.

FD: What profession would you not like to do?

JC: A rock and roll singer.

FD: And finally, if heaven exists, in the traditional sense, what would you like to hear God say when you arrive at the pearly gates?

JC: I know the answer to this… and this is the answer: “John, I love that bridge.”

To listen to The Low Wines, Vol. 1 and stay abreast of upcoming intimate-venue shows, visit johncommon.com