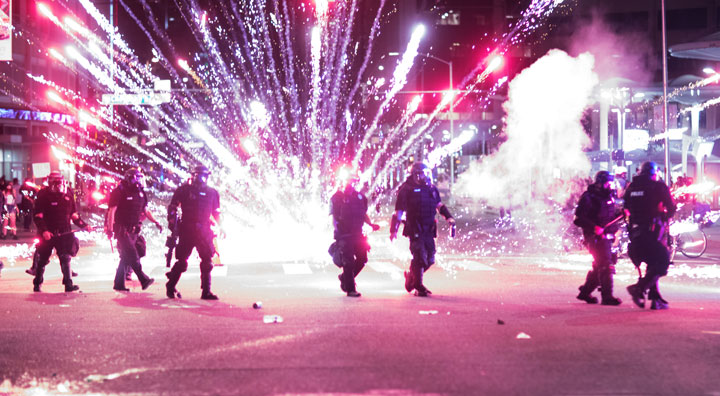 Businesses began to open as COVID-19 stay at home orders relaxed. As they did so, most followed guidelines from state and local authorities regarding processes to keep employees and customers protected from coronavirus exposures. . •  Even in the midst of the pressures on area businesses, there’s a positive story to tell. A new Boulder brewery, Wild Provisions Beer Project, opened in Boulder’s Flatiron Park. According to its Facebook page, the brewery is focused on creating a “library” of wild and spontaneous beers. •  On his Facebook Page, Governor Polis noted that some hospitality companies and restaurants have been successful in pivoting to new models of operation as they look for ways to serve customers. These include food trucks, walk-up windows, pop-up restaurants and delivery services. He wondered if these new models might become a permanent part of how they do business. •  Sports betting in Colorado became legal on May 1st. Ironically, the change happened in an unexpected environment, when most major sports teams that would typically have schedules are put on hiatus due to COVID-19 concerns.  •  Mountain View Fire Rescue opened a new maintenance facility in Erie. The 23,100 square foot facility will allow more work to be completed. • The City of Boulder began a three year project to construct a 3-mile trail loop west of downtown. It will be called Anemone Hill Trail  •   Erie resident and writer Amelia Hollingsworth achieved a degree of national-level success. She was accepted by the popular anthology Chicken Soup For The Soul in an edition that’s subtitled The Magic of Moms. Her story chronicles her experiences simplifying her life during her move to the area. •  The City of Longmont and the Longmont Housing Authority announced they are creating an intergovernmental agreement to shift operational responsibilities of the housing authority to the City.  •  As I write this, Denver is on its 11th day of protests over police violence, which was met by more police violence. Denver’s 10th Federal Court issued a Temporary Restraining Order against the Denver PD. Our editor was shot 3 times, includikng by a rubber bullet in the groin.

“The uncertainty surrounding this epidemic and our abundance of caution has compelled us to make these difficult decisions. Large special events such as these also require a significant amount of dedicated time from our police and fire departments which is not reasonable to offer under current COVID circumstances.”

“We know that many people are feeling isolated and disconnected… We wanted to bring everyone some much needed animal love, and what better way to do that than through virtual meetings so many are doing every week.”

– Hanna Kircher, on Luvin Arms Animal Sancturary’s offer to include their animals in virtual meetings as a fundraiser.

Tonight was my last official board meeting as an Erie Trustee. It has been my honor to serve the residents of Erie for 8 years as a Trustee and Planning and Zoning Commissioner. Our town has experienced a lot of incredible growth in these last 8 years and I am proud to have worked for you as a representative.

– Dan Woog, on his Trustee page

764 – Boulder County individuals who tested positive or were considered probable for for COVID-19 as of May 11th, according to Boulder County Public Health.

3.3B – The shortfall predicted by legislative analysts of the Colorado State Budget for this year and the projected amount for the fiscal year that begins on July 1st.

70 – The number of $5,000 grants awarded by the City of Louisville to businesses impacted by Covid-19. Recipients were asked to spend the money on business related expenses.

70 – The number of $5,000 grants awarded by the City of Louisville to businesses impacted by Covid-19. Recipients were asked to spend the money on business related expenses.