On Sunday, June 12th from 11:00 am to 2:00 pm residents from all over the state of Colorado will join on the West side of 6th and Main St. to honor Vanessa’s life, give voice to her tragic death and empower change in our community. 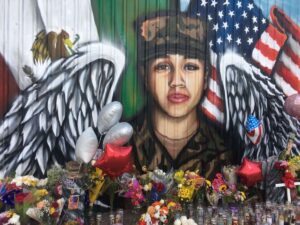 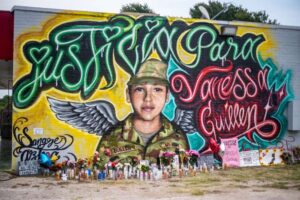 Stephanie and David have also partnered with the Latino Task Force of Boulder County, Boulder County Collective, and Northglenn Cares About Public Discourse to bring many voices in the Front Range Community together to start healing.

The agenda includes ritual expressions from local area artists, a short march up and down main. Speakers and those in attendance include leaders such as Councilman Aren Rodriguez and Community & Neighborhood Resource Manager Carmen Ramirez. Additional community support comes from El Comité and councilwoman Marcia Martin.

Vanessa was a 20-year-old Mexican American soldier who went missing on April 22, 2020, from fort hood base and was later found deceased on June, 30th 2020. Vanessa was murdered by her Sgt. Aaron David Robinson. Vanessa’s bunker was cleaned out and was considered a deserter. Vanessa would complain to her mother that she was being sexually harassed but was scared to report it because other female soldiers before her have reported him and were dismissed.

It has also brought light to other soldiers’ disappearance and how fort hood has not
made any efforts to find them or investigate their disappearances.

My wife Stephanie Alverez and I David Montelongo could not stay silent any longer we both are Mexican American and have friends and family serving this country and would be devastated if anything ever happened to them. We started a protest for Vanessa and the other soldiers . We strongly believe that Fort Hood needs to answer for having a lack of urgency to find her and not pursuing an investigation as potential disappearance in Vanessa’s case. Also Failure of investigating other soldiers disappearances.

Vanessa Guillen was murdered in a calculated and gruesome manner. Her murder was
premeditated and carried out by her Sgt. and fellow soldier. This vile act was also perpetrated by the whole armed forces. They all murdered her by overlooking her and other soldiers claims, they murdered her by not protecting her.

Fort Hood failed to protect not only Vanessa but all other soldiers that either have come forward with these claims but also those who have disappeared and were violently silenced. Their call for help snubbed and buried in shallow graves.

Fort Hood and the arm forces are and will be held accountable for these atrocious acts. There is no escape from JUSTICE!

We will continue on the path of nonconformity until this kind of acts are eradicated from all
faces of society. NO JUSTICE NO PEACE!