Governors’ Cup: Puts a Spotlight on the Best Colorado Wines 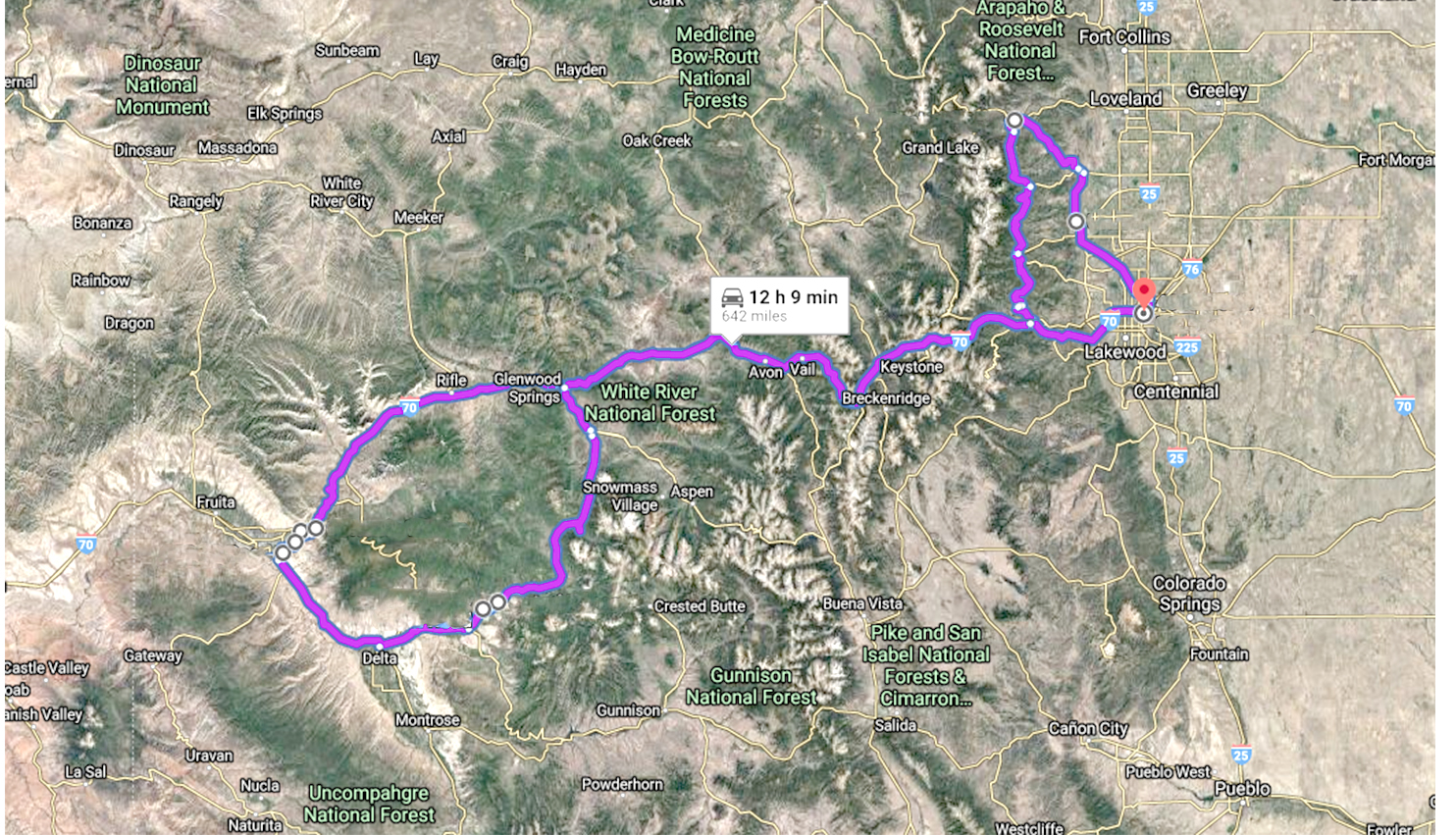 Every fall the Governor’s Cup wine competition takes place in Denver as fifteen of the nation’s top wine experts are flown in specially for the judging. In the course of an afternoon, they evaluate hundreds of bottles from more than 40 Colorado wineries. Their picks tell wine geeks, chefs, and tastemakers what wines to seek out at restaurants and for their own tables.

Of course, this year is different. Because of concerns over COVID-19, the Broomfield-based Colorado Wine Industry Development Board that produces the competition announced that they postponed it until spring of 2021.

Everyone was disappointed but no one was really surprised. With a judging process that involved glassware, a need for spitting, and more than 30 volunteers, organizers couldn’t find a way to safely host it.

While winemakers and the wine community will have to wait for the next judging, let’s look back at the winners of the 2019 competition that were then selected for the Governor’s Cup Collection of Double Gold Medal competition winners. They remind us of how fulfilling and varied our state’s options for wine can be. And they’re an excellent summer roadmap for outdoor adventures this summer. Let’s support wine country as we get outside, socially distance, and drink very, very well. 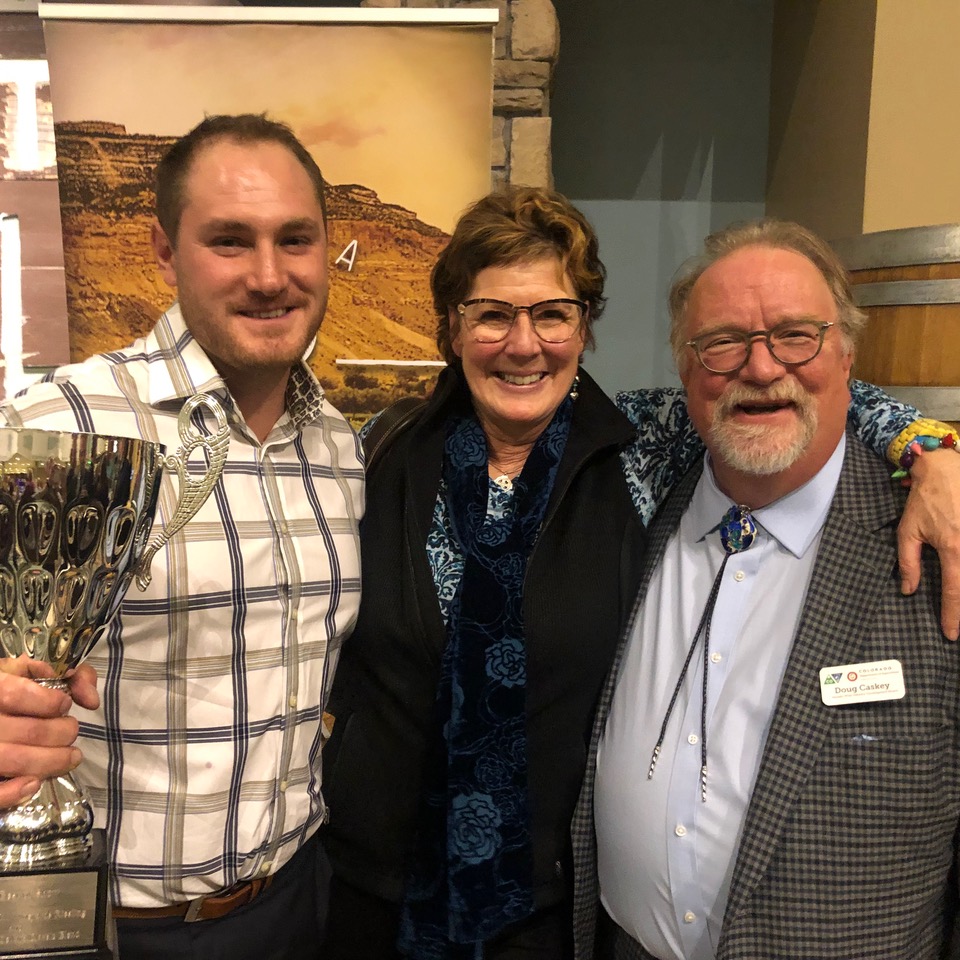 Founded just two years ago by the Bennet family, Qutori generally focuses on Chardonnay and Pinot Noir which they age in a variety of ways including in bourbon barrels. This was the first year they participated in the Governor’s Cup and their festival success put them on the map.  They earned Best in Show award with their 2017 Syrah, a wine that deviates from their traditional list. After production the Syrah was aged for 18 months between one new milder Hungarian oak barrel and then in French oak barrels with American oak staves.

Based in the Sunnyside neighborhood in Denver, Bonacquisti Wine Company is led by second generation Colorado winemaker and Italian American Paul Bonacquisti, a Sommelier who is passionate about both the barrel aging process and creating blends. While the 2018 Tempranillo is no longer available, this year’s vintage showcases luscious vanilla, berry, chocolate and espresso flavors that come out in the wine’s long finish. Other offerings on their extensive list focus heavily, but not entirely, on red wines including both table wine and finer vintages.

Boulder’s Bookcliff vineyards produce wines from 14 grape varietals that are grown with sustainable farming practices on their 37 acre vineyard in Palisade. While their 2016 award winning Ensemble isn’t available, the 2017 vintage exemplifies what can be done with their grapes. The Bordeaux blend showcases flavors of Merlot and Cabernet Sauvignon with younger tannins from Malbec and Petit Verdot grapes. If you’re interested in a second and different taste, try their Graciano. The Spanish wine showcases deep black cherry, tar, and tobacco flavors. While their 2016 bottles are sold out, 2017 bottles are available.

Colterris produces a range of wines grown from their estate on the Western Slope of Colorado. Their award winning 2017 Petit Verdot was created by winemaker Bo Felton after spending time in both California and New Zealand vineyards. It’s still available for purchase and once poured, has proven to be a deep, rich wine with notes of dark fruit and earth, with fine tannins and a long finish.

Owners Sue Phillips and her husband, former green beret Doug Phillips, founded Plum Creek Cellars in 1984.  Today it stands as one of the state’s oldest wineries. The Phillips’ make a range of red, white, and dessert wines, all produced from grapes grown in their 55-acre vineyards in Palisade and Paonia. Their award winning Cabernet Franc was the result of the expertise held by winemaker Jenne Baldwin. It was aged for just under a year in both French and Hungarian oak barrels so that while it starts with flavors of dark fruit, think black currant and raspberry, it finishes with oaky tones.

This family owned winemaker prides itself on bending the rules to make the most unique and interesting wines possible from their Palisade farm. Their robust and strong 2017 Nebbiolo won at the Governor’s Cup and the previous year’s vintage is available online. Alternatively, their bourbon barrel Merlot is one of the winery’s best sellers. Initially dry and dark, it ultimately fills the palate with notes of vanilla, mushroom, dried fruit and spice.

This Estes Park winery has become a staple of the tight-knit resort community. While their downtown tasting room showcases their own wines, they make room for other colorado wines and artisan crafted foods there too. Their 2016 Petit Syrah is the highlight of an extensive production list. Still available for purchase, iIt has notes of caramel, cherries, and raspberries with a coffee and cream finish.

Another of Colorado’s oldest wineries, Carlson Vineyards got its start in a vintage 1930s fruit packing shed, by owners Parker and Mary Carlson. Since its founding, Parker has become known on the western slope for his wine knowledge and his contributions to the community. The winery’s NSFW white, still available for purchase online, is a blend of Vidal Blanc, Chardonnay, and Gewurztraminer grapes. It has a medium body with crisp, green apple and tropical fruit notes and medium finish.

A second they have is the Cherry wine, 100% Grand Valley Montmorency Cherries / Double Gold. Carlson Vineyards’ second Double Gold medal winner of the competition was their luscious dessert wine entry. The cherries contributed a tarter aspect to the wine so that it turned out not overly sweet, but more complex than a lot of other dessert wines can be. By its nature, the cherry wine would pair especially well with dark chocolate to finish a meal.

It’s safe to say that The Storm Cellar’s Rieslings were standouts at the competition, despite the fact that 2019 was the first year they released their wines. Founded by Sommeliers Jayme Henderson and Steve Steese, the winery has enjoyed national attention. While the 2018 Dry  Riesling has sold out, the base Riesling is still available online. Made with grapes from one of the oldest plantings in the vineyard, it has notes of peach and starfruit with a balanced acidity.

Whitewater Hill Vineyards’ tasting room and production facilities are located near their expansive Grand Junction vineyards. If you’re looking for a lightly sparkling wine to serve at the end of a meal, their Moscato is a strong choice. It offers notes of honeysuckle, melon, and asian pear with a finish of citrus and clove. It was still available for purchase and shipment on their website.

Vino Salida isn’t afraid to do things that other winemakers shy away from, as is evidenced by its location in the Arkansas Valley rather than on the Front Range or on the Western Slope. Whie the winery sources grapes from the Western Slope, its Central Colorado production facility and tasting room fits in naturally with the area’s outdoor and tourist economy. Its Governor’s Cup winning Vermout represents another bold choice. Few Colorado wineries make Vermouth, but this one was a standout at the competition with its richly spiced presentation. It can be served on its own or as a summer spritzer.