What was expected by many to be an overwhelming loss handed to Trump at the polls became a slow grind of counting ballots. The Associated Press has finally called the race for Biden and Harris this morning, but between election day and today, many have been sharing that if Bernie had been on the ballot, the overwhelming defeat of Trump would be ours already.

I’m not as certain Bernie would have crushed the vote, but I am confident that if the descriptors of his policies as socialist are removed, Americans are ready for them. Recent polls show roughly two thirds of us want government-provided health care. Even the man who so famously shouted “keep your government hands off my Medicare!” was for it, without knowing it.

Socialism sounds scary and too close to Communism for much of a country that associates those words with the Iron Curtain, gulags, and the Cold War. We hold on to these collective national opinions to our detriment. We currently provide, as we so consistently have, socialism for the wealthy. When the Great Recession struck, the big winners were the big banks (something we learned thanks to Senator Sanders). With the COVID pandemic, the Paycheck Protection Program threw hundreds of billions of dollars to publicly traded companies least needing the support that was ostensibly for small businesses. Wall Street loves welfare for the rich.

It is now time to push Biden to deliver on campaign promises to help the rest of us, such as making college tuition free for those making less than $125,000 a year, and decreasing or dropping student loan payments for those with minimal incomes. It is time to push for relief Biden did not promise, as well, such as providing healthcare to all those who cannot afford or simply don’t have access to employer-funded insurance. It is time to empty jails of people imprisoned for low-level offenses and for victimless drug crimes, people that are far more likely to be in protected classes, but that are not (protected).

The first 100 days of a presidency highlight the commitments of any new administration. As much as we may be deserving of a rest after fighting for the rights of the least of these–such as children imprisoned under a ghastly and cruel Trump immigration policy–now is not the time to stand down. Now is the time to stand up, to see the will of the people upheld over the obligations Biden has to special interests in the medical industry. Now is the time to call for Biden to correct his errors in drafting the crime bill that continues to wreak havoc on the lives of Black people across the country, and which the NAACP called a “crime against the American peoplehttps://www.nytimes.com/2016/04/13/opinion/did-blacks-really-endorse-the-1994-crime-bill.html.”

In short, it is time to push Biden to make America work for Americans.

Darren O’Connor is an attorney in Boulder practicing in the areas of eviction defense, family law, criminal defense, and civil rights. He can be reached at DOLawLLC@gmail.com. 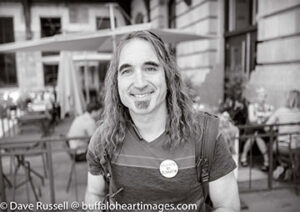