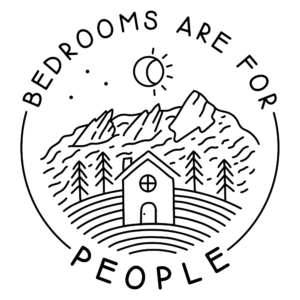 Bedrooms Are For People has launched its online petition to expand access to housing in Boulder at bedroomsareforpeople.com/sign. The proposed 2021 ballot measure will allow all housing units to be occupied by a number of people equal to the number of legal bedrooms, plus one additional person per home. To increase public participation, the campaign is using the city’s new online petitioning system, the first of its kind in the nation.

The City of Boulder’s exclusionary zoning laws currently prohibit more than three unrelated people from living together in most homes within the city, no matter how large the house is, how old the residents are, or if the home is owner-occupied. People struggling to remain or become part of our community live illegally or are forced out because the current laws arbitrarily restrict housing options.

For years, Boulder’s elected officials have refused to listen to requests from thousands of their constituents, members of city-appointed boards, and city staff experts to consider increasing home occupancy limits as one of many tools to address the community’s decades-long housing shortage.

The council’s negligence has compelled Bedrooms Are For People, a volunteer-driven campaign made up of Boulder residents, to lead a community effort to use direct democracy to reform the overly restrictive occupancy laws that have harmed people and limited housing opportunities in the city for more than 50 years.

Once Boulder voters approve this ballot measure in November, residents will no longer face housing discrimination based on their relationship status and will have more options to make use of our existing housing stock. Expanding access to housing will also reduce evictions and strengthen our social safety net to support vulnerable people in our community, especially during the COVID-19 pandemic.

Days after the Denver City Council voted to increase the number of unrelated people who can live together legally from two to five, Boulder voters can now use their municipal government’s new online petitioning system to show their support for this proposal to reform the city’s home occupancy limits. After the volunteer team collects more than 3,336 signatures from Boulder voters, then the measure will be automatically placed on the November 2021 ballot for the community to decide on.

Bedrooms Are For People’s 2021 initiative builds upon a similar effort in 2020 that was stymied by the COVID-19 pandemic, a legal battle with the city, and opposition from a City Council majority, despite volunteers gathering nearly 8,000 signatures.

Today, Bedrooms Are For People steps forward once more to do our part to make Boulder more welcoming, affordable, and inclusive.

Residents who want to help expand housing options in Boulder this year can visit www.bedroomsareforpeople.com/sign for a step-by-step guide to signing the petition online.