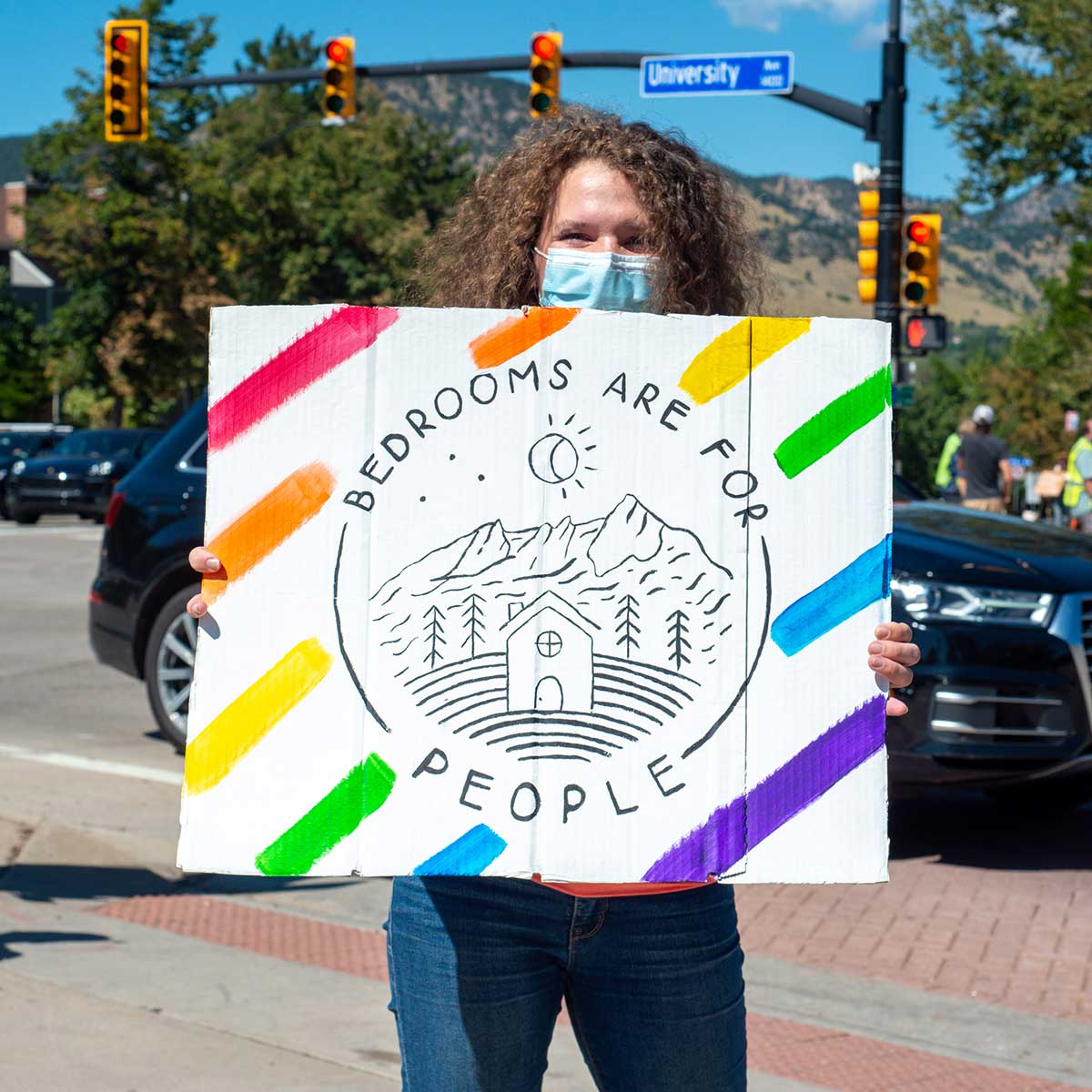 “Hello, are you a voter in the city of Boulder?”

This is my opening line when gathering signatures for the Bedrooms Are For People petition drive. I have been pleasantly impressed by the number and variety of people in Boulder who are willing to take time out of their busy days to stop and chat about housing for a minute or two outside of a grocery store. It is not possible to profile a supporter of our cause because our proposed reform, which would relax the home occupancy restrictions in Boulder, has very wide appeal and support.

This proposal would, in short, sweep away a decades-old restriction that allows no more than three unrelated people to live together in a house (no matter how big the house is) and replace it with a more sensible rule that would allow for one person per bedroom plus one additional person per house. Under this rule, for example, a four-bedroom house could house five unrelated people.

“Oh yeah, that makes sense!” is a very common response. “How do I sign?”

It is always interesting to hear why this reform resonates with people, because their reasons are as varied as the people who sign our petition. One woman shared with me that when she was in college she rented a five-bedroom house with two roommates because they weren’t allowed to have more. Another man told me that the government shouldn’t be telling people who they can live with. Think about this: did you know that it is illegal for two gay couples to live together under the current restriction? Another person said that people living in violation of the occupancy restriction (which is common in some areas of town) shouldn’t live in fear of being evicted.

As volunteers, we hear stories of people forming domestic partnerships just for the sake of working around this arbitrary and unnecessary rule. Whether you consider yourself progressive or conservative, young or old or in-between, straight or queer, environmentally-minded, libertarian, or just middle-of-the-road, there’s something for everybody in this simple and sensible housing reform.

My mother grew up in a single-family house in the 1940’s during the Great Depression in a large city. In those days, when times were tough, it was common to rent out a room or two. Today, Boulder has laws in place that contradict the traditional purpose of houses and their bedrooms—to house people! Instead, we have normalized low occupancy rates. In fact, Boulder’s population has declined several years in a row because the few new housing units that have been built are no match for an aging population that often favors one or two people living in large, single-family homes.

From an environmental perspective, we can lower our carbon footprint by encouraging more efficient use of existing housing—especially in Boulder, where many neighborhoods are walkable, bikeable, and transit-friendly. Instead, we are actively displacing people to auto-dependent suburbs while here in Boulder we have fewer people occupying more housing units. This trend works directly against our city’s climate change and diversity goals while  increasing social isolation and cost.

I think it should be easy and common for people to choose to occupy the bedrooms that already exist in under-occupied houses. With our sensible and modest reform this will soon be possible. Together we can change the law simultaneously!

If you are a registered voter in the city of Boulder you can sign our online petition at bedroomsareforpeople.com/sign and let us know why you think that bedrooms are for people!

View all posts by Phillip Ogren →