Candice Bailey: Not an Activist – an Actionist | The ACTIONISTS Series 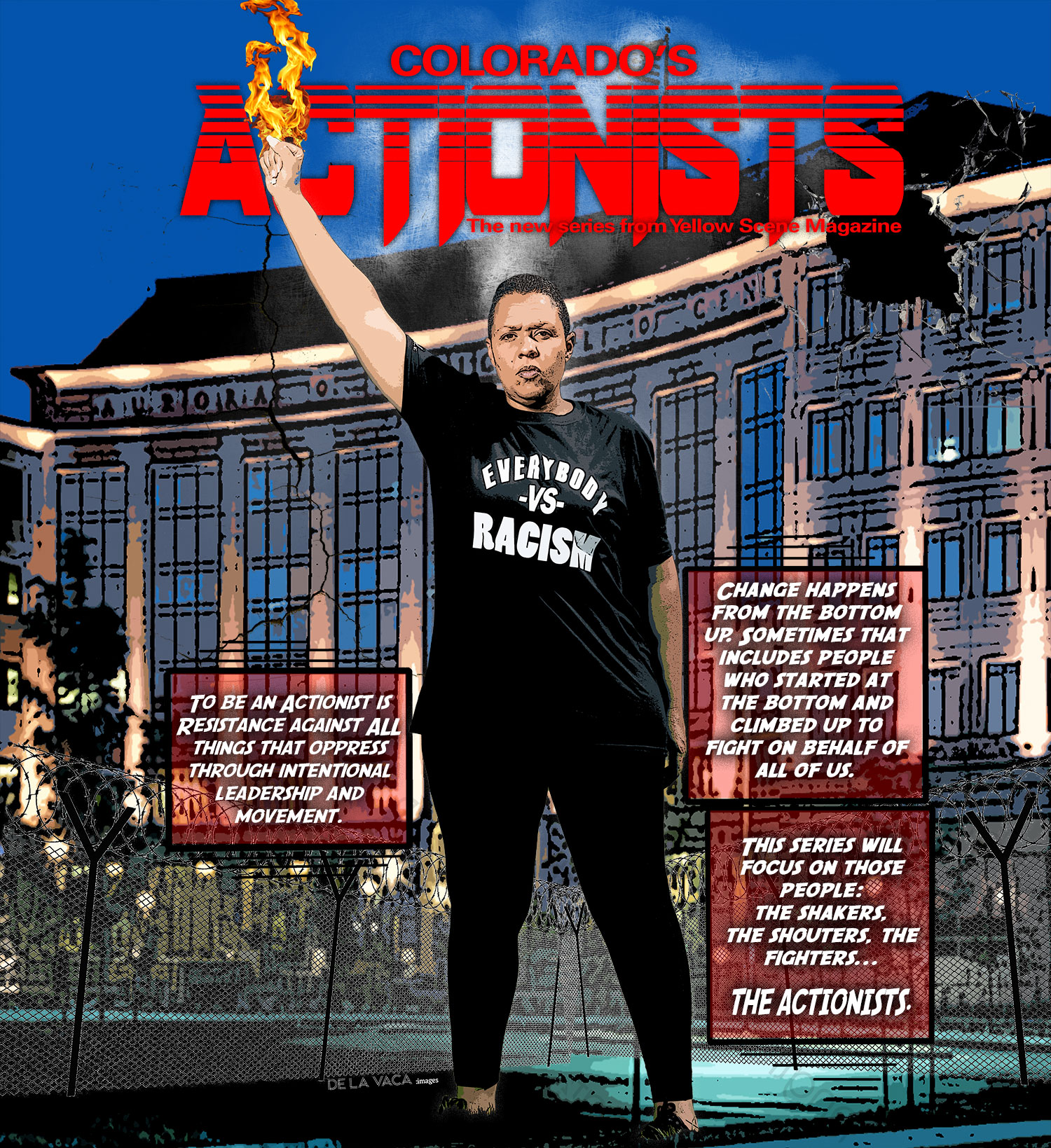 UPDATED 2/1/2023 CPR, 1/19/2023
Elijah McClain Death; Trial of Officers
In a two-page ruling issued late Wednesday, Adams County District Judge Mark Douglas Warner ordered the two paramedics, Peter Cichuniec and Jeremy Cooper, to be tried together. Former officer Nathan Woodyard, who was the first on the scene with McClain and performed the carotid choke holds, will be tried by himself. And the other two officers, Randy Roedema and Jason Rosenblatt, will be tried together.

I started to get to know Candice Bailey, in a real way, after filming the Aurora I-225 Elijah McClain march on July 25th, 2020 – the one where the police left the exit ramp allowing a jeep to attempt to run over protestors.

I didn’t actually meet her at this event but saw her speak at a press conference following the July 2020 protest. The Aurora PD, perhaps up to their usual tricks, were claiming the march was violent and the jeep driver was defending himself. As a witness to the event, I was quite aware this was not the situation.

She addressed the Aurora PD and said, “I will not meet you with the same thing that you meet my community with.” She asserted that the Aurora PD was friends with the Jeep driver (with their track record it could very well be true as he was never charged). She demanded justice for Elijah McClain (to this day none of the officers involved have been charged, however, there are now 5 Federal and State investigations, none of which would have happened had it not been for the protests). She defended the behavior of the Actionists (a term she coined), and she called the City of Aurora out for telling people they could no longer gather on the grass at City Hall. Her words impacted me enough to transcribe them for print.

“I will not meet you with the same thing that you meet my community with.” 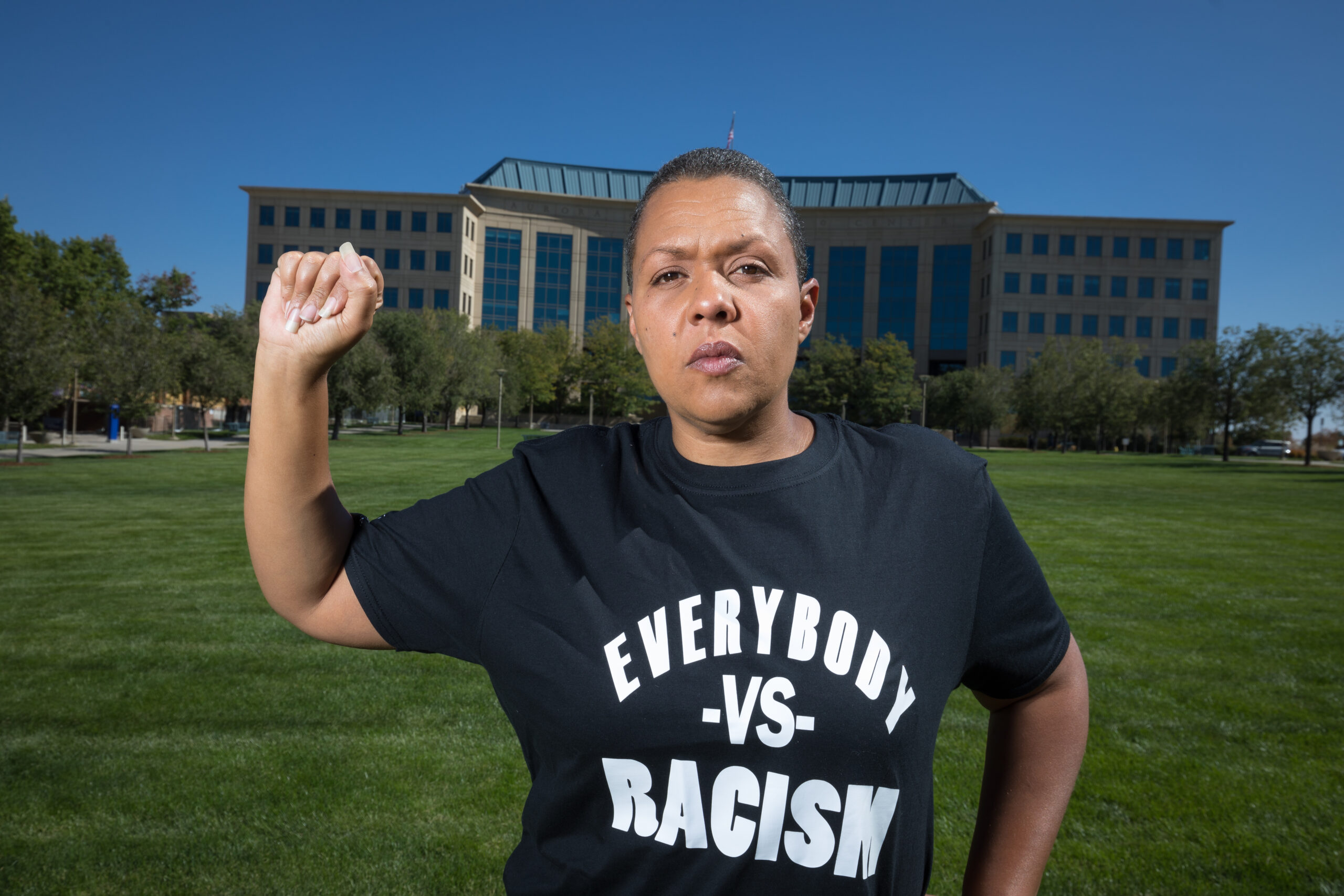 An Actionist, she says, is “Resistance against ALL things that oppress through intentional leadership and movement”. And that perspective, that organizing ideology driving her work is why Candice Bailey is a force. Speaking to her you might never know the background she has overcome to be where she is today – except she will be the first one to tell you about it. She describes herself as an Actionist because her work goes far beyond marching in the street.

She is an acting member of several commissions, including the Aurora Police Oversight Committee and the Budget Oversight Committee. She works on the State Domestic Violence and Child Welfare Task Force, helps youth in the community by supporting school supply events, feeds the homeless and underserved children, and she was the original Actionist for the McClains, often taking on the role of organizing events and publicly speaking for the family. She helped organize the Caravan for Racial Justice that brought the Breonna Taylor family and the Kentucky Actionists to Colorado, works to get legislation passed, is involved in criminal justice reform, organizes workshops and lectures, is a storyteller for JustUS a collaborative by Motus Theater, runs her own business doing family advocacy, court-services, and peer-run groups, and she has decided she wants to run for City Council – she just has to overcome the ex-felon hurdle the City of Aurora has in place.

Knowing all that Candice has overcome, including a “checkered past” that involved incarceration, I suspect we may very well see Ms. Bailey elected.

Bailey has received several threats, some anonymous, and some even from those in power. Police Union President Mark Sears (who had a civil suit with the City of Aurora after being fired as an officer) has accused her of trying to burn down the police department, among a list of other “made-up” things. 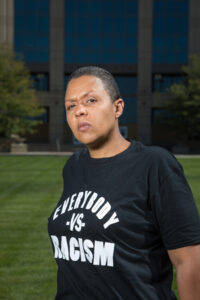 Candice speaks frankly, candidly, and honestly about any question I ask.

She spoke to how her father inspired her right before his death. “Before my dad died, he told me something really important,” she tells me. “He said, in life, you have two choices. He said, you know, we have this belief that we’re in control of everything, but life is really a rollercoaster ride, they throw you in a f*cking car with some other guy, you generally don’t know very well, you look at each other, you somehow get butterflies in your stomach at the beginning of the ride and think this is the greatest shit ever. And then the ride begins. On that ride, you cannot see how high the hill is, you don’t know when the bottoms gonna fall out, they didn’t give you a f*cking seat belt, and you only have one of two choices; you can either be the guy that buries their face in their hands for the entire ride and pisses their pants or you’re going to be the guy who put their hands in the air, and screams and enjoys every f*cking fall out every hill, every turn that breaks a rib. And I’ve just stuck with that. And I have lived so much life.”

This is reflected in everything she does. Candice’s arms are in the air and she is making the ride count. Which is why we decided to do our photoshoot on the grass at Aurora City Hall.

When I asked if she believes change is really possible, I get a resounding, “Hell Yeah, Otherwise what the hell are we doing”?