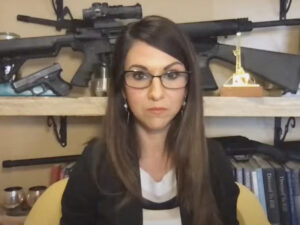 The darkest days of modern American politics seem to be behind us, as the #GOPCoup failed, Donald J. Trump left office, and Joe Biden became the 45th President of the United States. We say “seem” because after running on immediate $2000 survival checks, getting kids out of concentration camp cages, and supporting student loan forgiveness he is…checks notes…doing none of those things. 2022 looks to be a GOP bloodbath. • As of February 18th, “federal prosecutors say they’ve charged approximately 234 people for their alleged roles in the riot and opened over 400 investigations into possible criminals,” it is reported. Interestingly, nearly 60 percent of the people charged over their alleged involvement in the coup attempt on the U.S. Capitol on January 6 had a history of financial troubles, according to a new report. • Boulder County rescued a man who was injured while sledding. Counting the good luck, we reflect on the numerous people lost this season in Colorado’s backcountry, most lost to avalanches. Stay safe out there. • As of February 6th, Boulder County Public Health has begun roll out of mobile coronavirus vaccine mobile clinics. The effort is to help marginalized community members get inoculated as soon as possible. • Erie residents, and others, are raising concerns over the proposed Boulder County Composting Facility, set to be built on the Rainbow Farms Open Space land. The land was originally purchased by the county with the goal of holding it as open space in perpetuity. The debate is ongoing. • A local resident reported Longmont PD refusing to move a bag of Fentanyl that was found in their home. Officials say the bag was later removed, during a separate call. Officials also claimed that the bag was not fentanyl, but the resident who found it posted a picture of an alleged lab result claiming it was. Meanwhile, New Vista High School in Boulder held an emergency ZOOM meeting after several teens died following use of ‘fake’ Xanax or Opiate pills that were laced with Fentanyl. • The Governor gave his third State of the State address. Generally well received, he was clear that, while the pandemic isn’t through with Colorado, we will survive and come out on the other side stronger than ever. • A couple, last name Wells – you can’t make this up – sued Boulder County over the fracking moratorium. John and Valorie Wells, who own some mineral rights under city-owned land near Boulder Reservoir, allege that Boulder’s ban on oil and gas development violates the Fifth Amendment’s rule against taking private property without compensation, according to a news release from the Public Trust Institute.

“So the state of the state? This past year we’ve been bruised, battered and shaken to our core — but nevertheless the state of Colorado remains strong… And coming out of this traumatic year, we are poised for bold transformational change. If we seize the opportunity here in this chamber, we can live up to our fullest potential to truly create a Colorado for All.”

“This ban has deprived mineral owners of their property without just compensation, which violates the United States constitution. Boulder has effected a ‘taking’ of mineral rights within its city limits and underneath city-owned land, and owes mineral right owners compensation for this taking”

“Who says this is storage? These are ready for use”

– Lauren Boebert, CD3, on Twitter after being widely mocked for haphazardly stacking firearms on a bookshelf behind her during a ZOOM meeting for the House Natural Resources Committee

“I’m so honored to be elected chair of the National Parks, Forests and Public Lands Subcommittee as we begin critical work to preserve our public lands, restore our forests and protect our communities from record-breaking wildfires”

#of GOP seditionists who have been charged. Another 400 investigations are ongoing.

# of GOP #bluelivesmatter who are charged with assaulting or murdering law enforcement officers.

Days, at the time of this writing, of the Biden administration and kids are still in cages.

Cases, at the time of publication, of Coronavirus cases in Boulder County, overall. Or, 5.6 percent of the population.

Deaths, at the time of this writing, from Coronavirus in Boulder County. Or 1.3 percent of cases.