Why working with gun retailers is critical in the fight against suicide: CU Boulder | Press Release 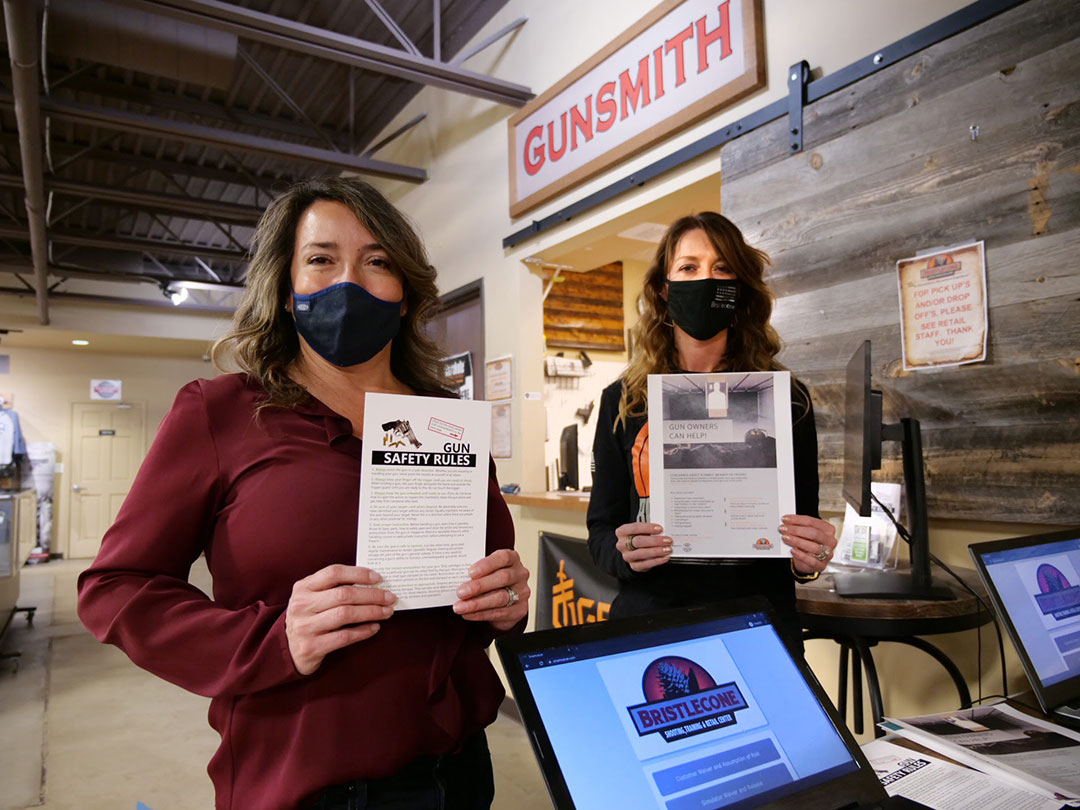 March 4, 2021—The Centers for Disease Control and Prevention (CDC) has awarded University of Colorado Boulder researchers $2 million to study the important role gun retailers can play in suicide prevention.

The three-year study centers around the Gun Shop Project, a national public-private effort.

Launched by a New Hampshire retailer in 2009 after three of his customers took their own lives in one tragic week, the project has spread to 21 states, with public health agencies providing educational materials and support for thousands of gun shops. About 275 Colorado gun retailers participate so far. And at a time when both suicide rates and gun ownership are rising, advocates say such efforts are more critical than ever.

“If we can really reduce suicides through this program, it’s important to document that, and understand what’s working and what’s not,” says study leader Sabrina Arredondo Mattson, senior research associate at the Center for the Study and Prevention of Violence (CSPV) at CU Boulder.

Over the last two decades, she notes, suicide rates in the United States have risen 35%, with white, male, working-age and older adults at greatest risk.

And gun ownership and suicide risk are inextricably linked. In fact, having a gun in the home triples the odds of death by suicide, not because a gun prompts thoughts of it or because people with guns are more likely to attempt it, but because firearms are more lethal than other means.

Nationwide, half of all suicide deaths are via firearm. In Colorado, there are about four firearm suicides for every firearm homicide.

And the lingering COVID-19 pandemic has raised concerns.

“Firearm and ammunition sales have gone up, and mental health needs are high,” Arredondo Mattson says. “These factors combined are likely to increase the risk of suicide.”

Research shows that if a person in crisis can be kept away from a gun temporarily, tragedy can be averted. But only recently have suicide prevention advocates looked to gun sellers as an integral part of the solution.

“The firearm community has a very strong bond,” says Arredondo Mattson. “People don’t just go in to shop. They go in to hang out with the owners and managers and there is a lot of trust there.”

Arredondo Mattson will team up with the Colorado Department of Public Health and Environment, the National Shooting Sports Foundation, the Colorado Firearm Safety Coalition and the Firearm Safety Advisory Board to survey and interview project participants in-depth.

Then, she’ll take the research national, quantifying whether counties with Gun Shop Projects experience less suicide than those without.

With more data could ultimately come a more refined program that works the best it can, and heightened buy-in from retailers who might otherwise be skeptical, says Arredondo Mattson.

Jacquelyn Clark, owner of Bristlecone Shooting, Training and Retail Center in Lakewood, was one of the first in the state to join the Gun Shop Project in 2014.

Inside her store, a bright orange sign reads: “Gun owners, you can help! Putting time and distance between a suicidal person and a gun can help keep them safe.” She also carries flyers highlighting the “11th Commandment” of responsible gun ownership—“Consider temporary off-site storage if a family member may be suicidal”—and wallet cards listing suicide hotlines.

“I am uber conscious of the fact that we deal in something that can be dangerous in the wrong hands,” says Clark. “It’s important that we provide resources for people and let our staff know it’s OK to have what could be difficult conversations.”