The Coming War for Water: Is Colorado’s Plan for the Lifeblood of Life… Smart? 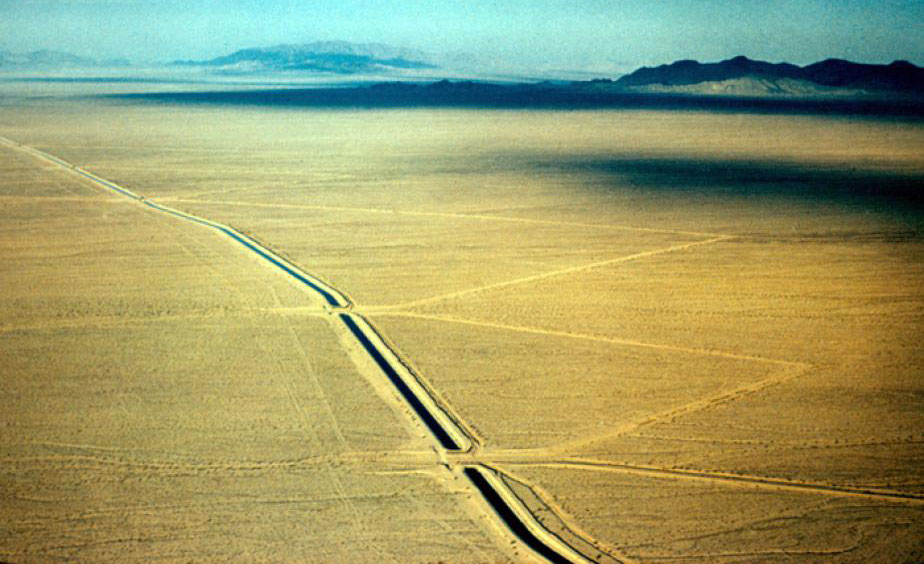 I may be getting these lyrics wrong, but…

WAteR, huh, yeah
What is it good for?
Absolutely nothing, huhh

So goes the now famous – if appropriated – refrain of Edwin Starr’s classic, “War (What Is It Good For?),” released in 1970. Something else fun about 1970 is that it’s about a decade after the earliest public warnings in the United States about global warming and about a decade before the UK’s broadcast of an hour-long documentary called “Warming Warning” (1981). Exxon had proof of climate change as early as 1977, but apparently suppressed their own study. What does any of this have to do with the very fluid topic at hand?

Water. Huh? Yeah. What is it good for? Absolutely everything. And we’ve been depleting it at ever increasing rates with reckless abandon, the human species-cum-American-default-setting of infinite use of a finite resource.

Let’s start with a startling fact I heard while watching Tapped (2009): “By 2030 two-thirds of the global population will have inadequate access to clean drinking water. This is a problem that everyone will have to deal with no matter where they live.” Comparing water prices to gas prices, the narrator said that, “you can see it’s really going to be the next empire.” And a few minutes later, a Fryeburg, ME, town administrator said, “It kind of reminds me of the Texas oil rush in the 1930s.” He was talking about Nestlé coming to town, but that’s really the same topic.

The current water issues are manifold, and it is more apparent every day that a water war is coming: we’re running out of water and, while there is hope on the horizon, the politicians that are supposed to be protecting our future are not.

“Whiskey is for sipping, water is for fighting” – Mark Twain

Before robust infrastructure – the same infrastructure in decline today – water was more scarce and its uses limited. We’re approaching that world again, even while people are fighting back and demanding better. A Global Strategies Group polling memo circulated by the CO Democratic party “shows strong support from likely, Unaffiliated, and Latino voters for a variety of climate proposals that achieve Colorado’s emission reduction goals… The memo also demonstrates that a political candidate who supports ‘strong government action to combat climate change’ enjoys a 13-point advantage over a candidate who opposes such action.”

The polling found that “Voters overwhelmingly agree that ‘…climate change is already having a serious impact on Colorado,’ and nearly two-thirds of voters want to see their state legislator ‘support strong action this year to combat climate change.’” Another finding is that, “nearly two-thirds of voters support climate proposals … to reduce the pollution that causes climate change,” and that, “by a similarly large margin, voters support proposals that would require utilities to reduce emissions from natural gas and create incentives for lower-emission solutions like weatherization or appliances that run on electricity rather than gas.”

With these facts in mind, we have to ask ourselves why Governor Polis continues to govern on a too little, way too late plan for 100 percent renewable energy implementation by 2040. The science is clear that the goals need to be met by 2030, or we risk global catastrophe. Indeed, we risk the start of the end of our species. Perhaps we will survive in some Mad Max-cum-Waterworld scavenger sense, but it will be the end of human domination of the planet. 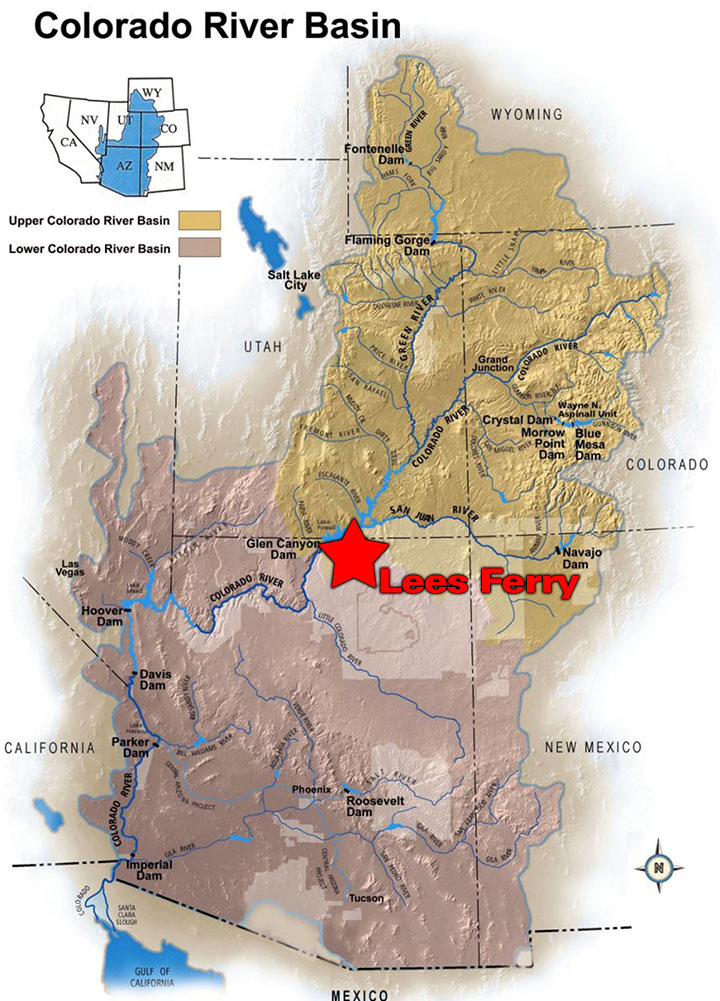 It supplies water to 40 million people,
irrigates 4.1 million acres of agricultural land,
and provides 5 billion kilowatt hours of electricity,
covering an upper and lower basin that stretches through seven states.

The average annual flow is about 1,400 cubic feet per second.

Does this all sound a bit hyperbolic? I’d say yes, if I hadn’t read the reports. In fact, the CO Department of Natural Resources just reported in November 2020 that, “[a]s severe drought conditions have persisted across 100% of Colorado for over 15 weeks, Governor Jared Polis directed a shift from Phase 2 to Phase 3 (full activation) of the State Drought Mitigation and Response Plan.”

CWCB Director Rebecca Mitchel said, at the time, that the, “Climate outlooks for 2021 indicate that drought conditions are likely to continue into the next year, so it is important that we are proactively thinking about mitigation and that we remain hopeful for strong winter snowpack statewide.” KDVR reported just this past February that, “The current snowpack in the state is at 85 percent of average.” And winter is over. But will the snowpack matter as much as it used to? Arguably more so, because we expect less of it.

The science is very clear. A March 2020 study by Chris Milly of the U.S. Geological Survey – Atmospheric Warming, Loss of Snow Cover, and Declining Colorado River Flow – points out that, “Declining snow cover is playing a key role in decreasing the flow of the Colorado River, ‘the lifeblood of the Southwest,’ by enabling increased evaporation. As the warming continues, increasingly severe water shortages are expected.”

Milly and his research partner, Krista A. Dunne, “found that for every degree Celsius of warming, the river’s flow decreases 9.3 percent. Recent studies have confirmed that the river’s steady decreased flow since 2000 is due to rising temperatures. The decline has amounted to 1.5 billion tons of missing water, equal to the annual water consumption of 10 million Americans,” according to EcoWatch.

The Colorado Water Conservation Board (CWCB) Water Plan Technical Update Executive Summary points out that, “Colorado’s water supplies are highly variable, and our demands are growing.” I asked the CWCB about the USGS study, which points out that, “‘severe water shortages’ may follow” if changes aren’t made, but my questions were dismissed. Sara Leonard, Marketing Director for the CWCB, said of the study that, “my team pointed out [it] is from Feb 2020, so likely outdated information.”

Ok, but unless you have newer information, this is the current info. Or does the CWCB not trust USGS science? My follow up questions – “I’d love current info from the state if you have any. Or any official responses to that study? Or plans for remediation? Or a rebuttal to the claims in the study?” – were met with links to information that didn’t answer the query and a suggestion that I reach out to the study authors.

“There is enough water for human need, but not for human greed.” – Mahatma Gandhi

The good news is more and more people are getting nervous about the future of water, as indicated in the poll mentioned, and with good reason. “Things seem to be happening even faster than the models or scientists were warning just a few years ago,” says Brad Udall, a water and climate scientist at Colorado State University. “If you’re not worried about all this, you’re not paying attention.”

“Given the uncertainties of future water supply and demand, the CWCB adopted a planning approach that many major water providers across the West use: scenario planning. The use of scenario planning assumes that the future is unknown and provides flexibility in responding to various future conditions.”

“Formulating Plausible Scenarios: Potential changes in future M&I [municipal and industrial] water demand and available water supply were among the most important drivers all of the basin roundtables considered when developing their portfolios.” In my interview with Amy Ostdiek from CWCB, who was chalk full of specifics and information on water use and drought between the upper and lower basin but, when I specifically asked if there was a top step population where the state can no longer handle water demand given supply, I was told, “I’m not sure, but I don’t think anyone’s even thinking about that.”

The Nine Drivers that the CWCB uses in their planning, which influence the direction of Colorado’s water future are:

These are not equally weighted ideas. For example, it’s reported that “Colorado expects its irrigated acres to decline in almost every basin by 2050.” Connie Woodhouse, with the University of Arizona College of Letters & Sciences, hosted a virtual talk just a few weeks ago about the Colorado River. She points out, in the first few minutes, that the water crisis is predicated on several factors: the ongoing 20 year drought, a “legacy of allocations that were made a hundred years ago,” and the fact that this is water in an otherwise arid landscape.

I was utterly horrified to hear a quote from John Wesley Powell, a geologist, U.S. soldier, explorer of the American West, professor at Illinois Wesleyan University, and director of major scientific and cultural institutions, and the second director of the US Geological Survey (died 1902). He surveyed the Colorado, and the land around it, and told a group of farmers in 1893, “there is still not sufficient water to irrigate all this arid region. I tell you, gentlemen, you are piling up a heritage of conflict and litigation over water rights, for there is not sufficient water to supply these arid lands.”

The 1922 Colorado River Compact, which allocated water to the Upper Basin (7.5maf), Lower basin (7.5maf), and to Mexico (1.5maf, starting 1944), for a total of 16.5 million acre feet. Studies to trace stream flow going back to the 1400s left Stockton and Jacoby, the men who did the studies, positive that, “The general picture of a collision between water demand and supply in the UCRB in the not-too-distant future is all too apparent.” That was 1976. Is that debt being called in?

Without serious, worst case scenario planning, and a reduction or elimination of otherwise unnecessary water usage – irrigating crops on arid land and hydraulic fracturing come to mind – we’re on the collision course envisioned back in the 1970’s, again. WAteR, huh, yeah. What is it good for? Absolutely everything… and we need to wake up and realize it before it’s too late. At the time of this writing, new reporting says that, “U.S. water officials are projecting the man-made lakes that store water used throughout the American West will fall to historically low levels and trigger an official shortage declaration for the first time” and any “cuts would be implemented in January” 2022.

Joe Salazar, Colorado Rising Executive Director posted on Facebook April 16th, just before noon: “Just a gentle reminder to all those politicians who say, ‘Climate Change is an existential threat.’ That means climate change threatens our existence. Seems almost like a self-evident statement.” Will we take it as such and invest in the policies that safeguard us or continue to act “pragmatically” and plan for hoped for better days?