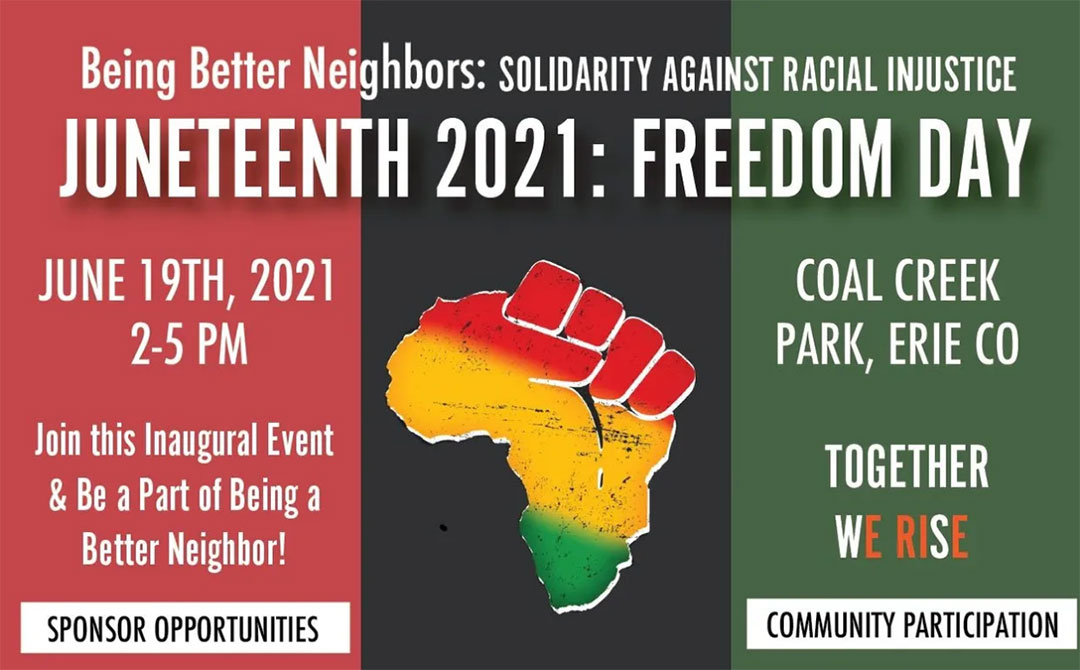 ERIE, Colo. — The Erie-based non-profit Being Better Neighbors will host the town’s first-ever Juneteenth Celebration on June 19th in Coal Creek Park from 1:30 P.M. to 5:00 P.M. The event, which is free to the public, will include performances by BIPOC artists, an array of vendors, food trucks and a beer garden. The Town of Erie officially recognized the importance of Juneteenth in a June 2020 proclamation.

Juneteenth, also known as Freedom Day, commemorates the end of slavery in the U.S. Although the Emancipation Proclamation took effect in 1863, it was not until June 19 th , 1865 that enslaved people in Texas were finally freed. The day came to be known as “Juneteenth.” While often celebrated in African American communities, many Americans have remained unaware of Juneteenth’s significance.

Being Better Neighbors is working to change that.

“It was once said that slavery is American History, while the progress that has followed is Black History. This Juneteenth Celebration will serve to highlight the holiday that represents when enslaved Africans were all made free to join in on the pursuit of the American dream,” said Justin Brooks, treasurer of Being Better Neighbors.
“We celebrate by standing in solidarity with those who were denied their rightful celebration,” said Mecca Scott, president of Being Better Neighbors.

Being Better Neighbors previously brought the community together when over 1,000 people attended a solidarity march for racial justice led by the organization on June 13 th , 2020. 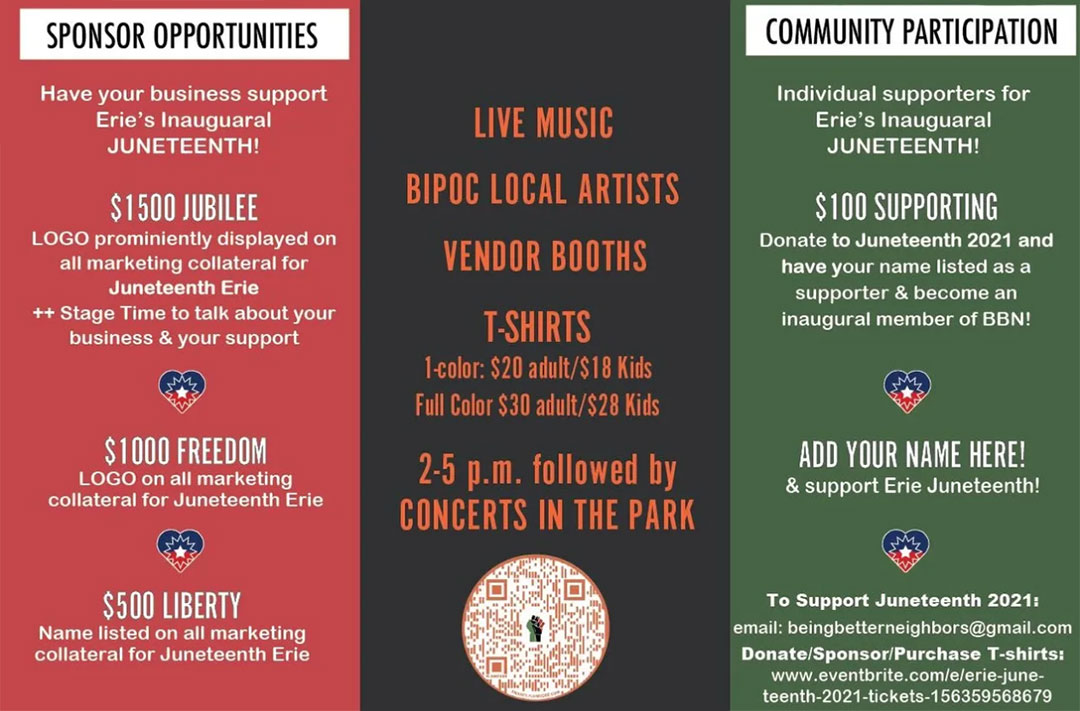