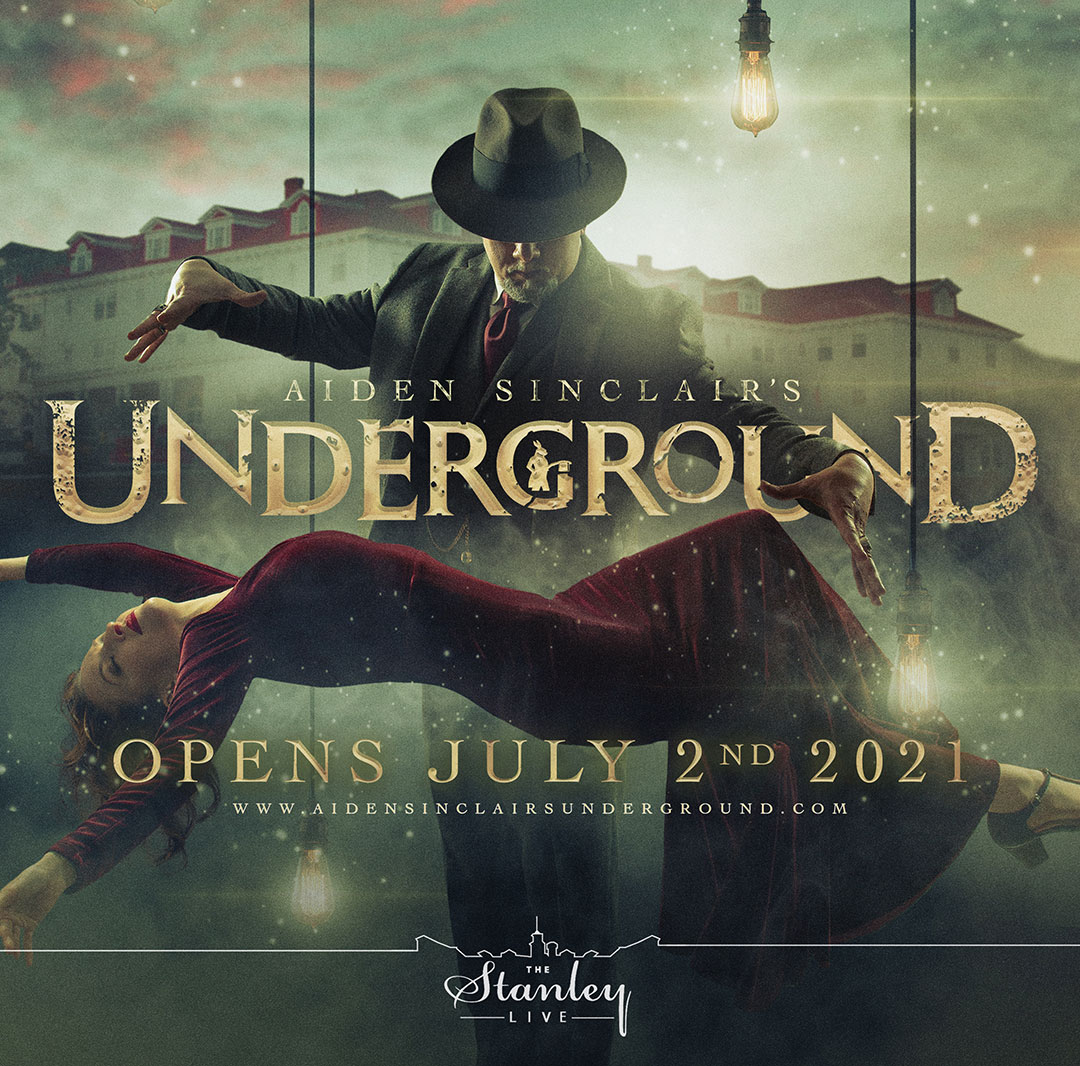 Estes Park, CO | Hidden beneath the original 1909 Carriage House of the Stanley Hotel, there is a subterranean speakeasy lounge where some of the greatest illusionists in the world are set to perform.

Introducing Aiden Sinclair’s Underground, an 80-person capacity venue hidden behind a bookshelf deep underground at The Stanley Hotel. If you find the Carriage House and new Post Restaurant above it, you’re getting closer… Be one of the first to grab tickets to opening night on Friday, July 2, 2021.

After years of performing in various rooms at The Stanley Hotel, Aiden Sinclair will now have a dedicated venue where he will perform three daily shows throughout this summer. And for the very first time, the master illusionist will hold a matinee at 3pm, which is family friendly and open to kids ages 10 and up. The 6pm show is a completely new show which has never been performed before. Then at 8:30pm, Aiden will perform his very popular and highly-acclaimed, Illusions of The Passed, theatrical seance. Theater enthusiasts can attend three performances over the course of a weekend and never see the same show twice!

Aiden Sinclair is the world’s preeminent Paranormal Illusionist that has been a featured performer on the hit series America’s Got Talent and Penn and Teller’s Fool US, as well as appearing on national television programs in England, Ireland and South Africa. Today, Aiden is one of the few illusionists in the world who specialize in the presentation of Theatrical Seance.

As an active member of the prestigious Academy of Magical Arts at the Magic Castle in Hollywood, California, Aiden is also bringing in some of the finest magicians in the world from the academy to perform with him this summer. Find the lineup of upcoming guests below:

Head to AidenSinclairsUnderground.com to grab your tickets. Enter promo code REDRUM at checkout to save $5 per ticket through July 4.