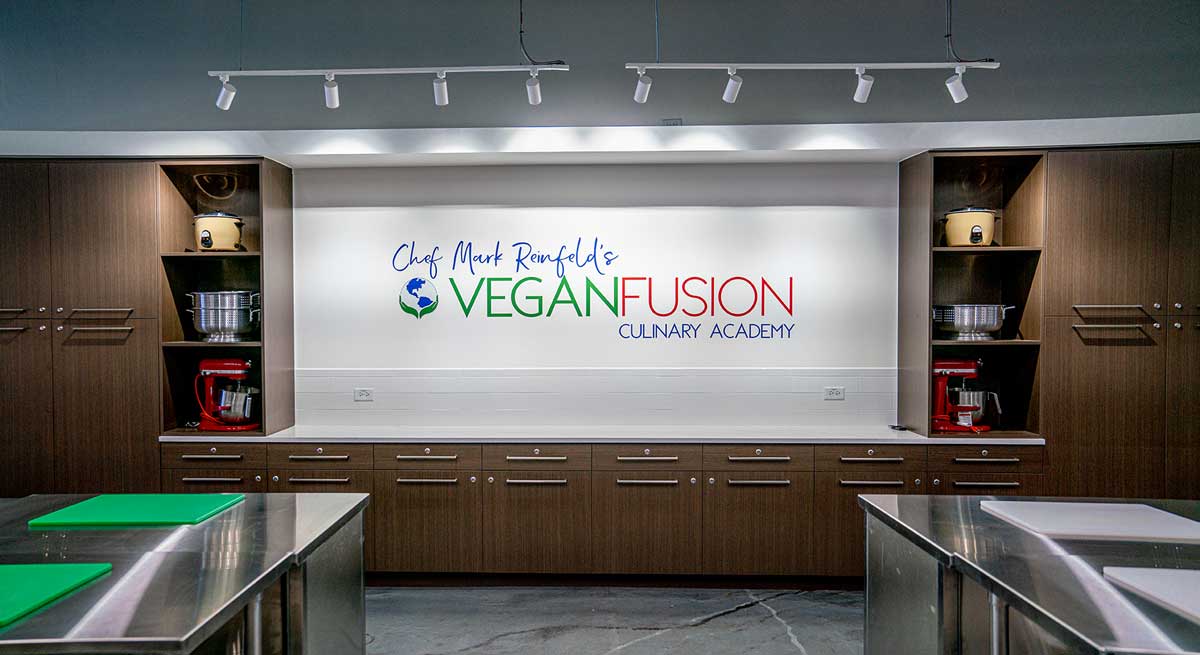 Boulder ranks third in a list of top ten vegan culinary cities, according to a 2019 ranking by Apartment Guide, and the city has long been known as a hotspot for those living a healthier lifestyle with a plant-based diet. But when a state of the art cooking school opens that is led by a nationally recognized vegan superstar, that takes Boulder’s vegan food cred to the next level.

Last March, Chef Mark Reinfeld opened Vegan Fusion Culinary Academy in the Safeway Shopping Center at 4800 Baseline Road. If you’re lucky enough to speak with him, you notice that he shares his knowledge in a low-key way, but it’s always there. He explains his points simply and then moves on. He’s passionate, but not intense.

We asked about the kinds of food his school will teach about, and Reinfeld offered a lot of options. He started with nut milks that were easier to make than many people think, and moved on to homemade gorgonzola and mozzarella cheeses. Reinfield then described cinnamon rolls with a gooeyness that rivals anything other bakers can do. He finished by listing techniques for working with vegan ingredients for things like tempeh cacciatore or tofu scallopini.

“You can create really satiating, satisfying meals with exclusively plant-based ingredients. It’s easier than many people think,” he said. 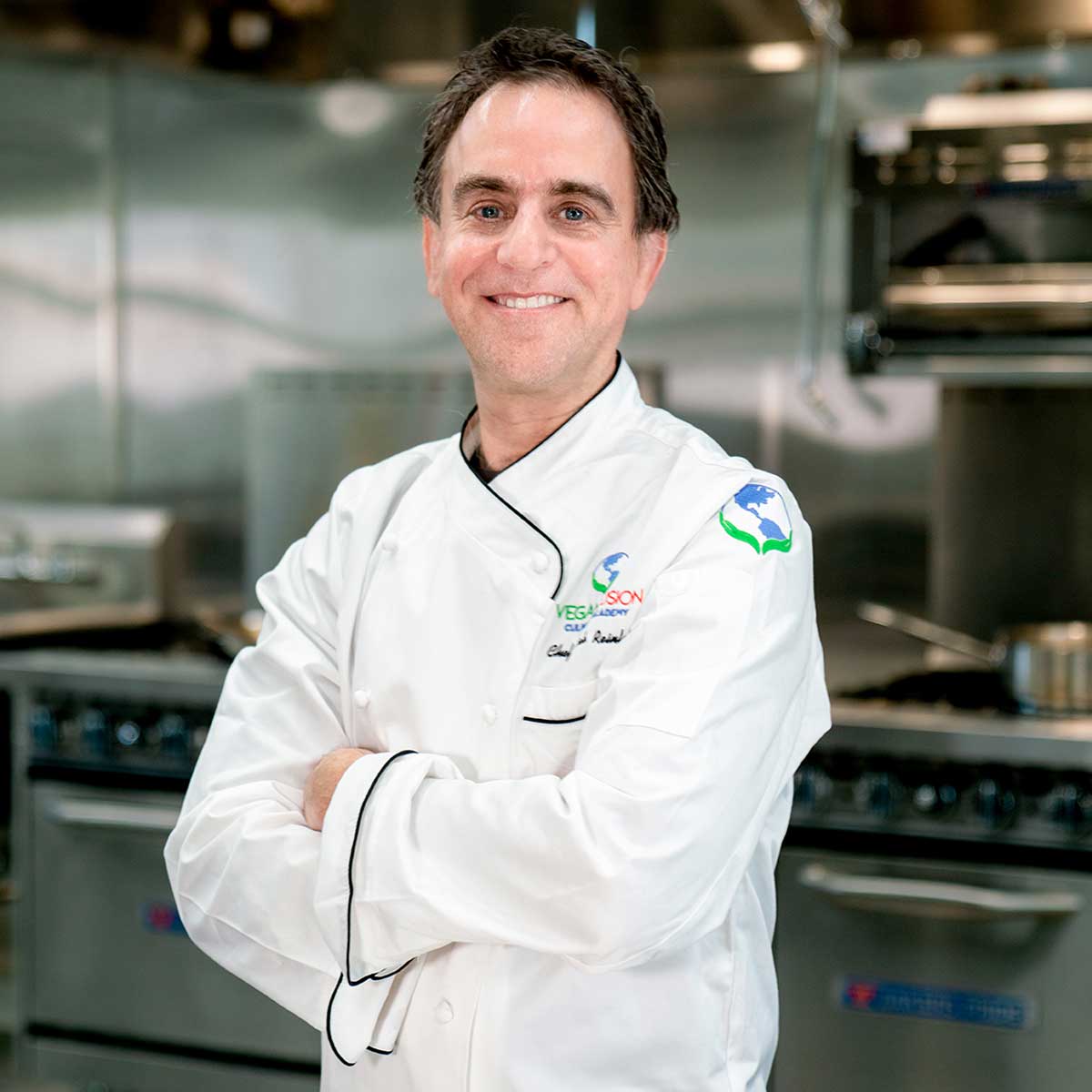 Reinfeld has experienced the trend firsthand. He has more than a quarter century of experience in cooking vegan food, after becoming a vegetarian while traveling and working on a kibbutz in Israel. Since then, he’s led the menu for places as elevated as his own restaurant in Kauai, Hawaii called The Blossoming Lotus and The Peninsula Spa in New York. He’s also consulted for Google, Whole Foods, Danone, Bon Appetit Management, and the Humane Society. He’s published eight cookbooks. The first, Vegan Fusion World Cuisine, won nine awards and featured a forward by Dr. Jane Goodall.

With everything he’s done, there was little surprise at his 2017 induction into the Vegetarian Hall of Fame.

Now he’s excited to have a school where he can teach what he knows to others. “We have a state of the art facility. We have all of the modern equipment that you would find in a professional kitchen,” he said.

Instructors include Chef April Stamm who has taught at the French Culinary Institute for more than eight years. Students learn techniques they’d find at any culinary school as well as techniques that evolved specifically for plant-based cuisine.

In August, the academy will be beginning its higher level, four-month aspiring chef program. “Here’s where we train chefs for a career in the professional, plant-based culinary world. Whether people are looking to open a food truck or go in the restaurant business or become a private chef, we want to mentor students and help them go where they want to in their careers,” Reinfeld said. 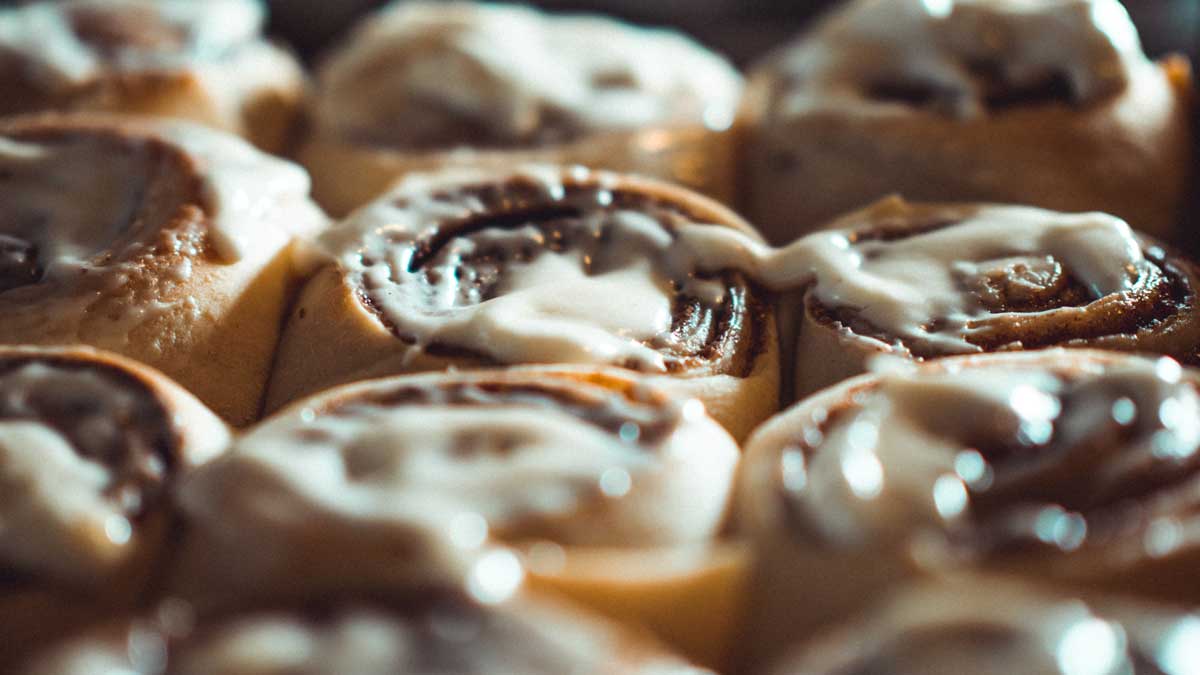 The more in-depth program includes both classroom time, culinary skills, business insights, integration of food as medicine, and the vegan philosophy. It’s been accredited by the State of Colorado Department of Education’s Private Occupational School Board and students receive a diploma of Vegan Culinary Arts.

The welcome mat is now firmly in place. With accreditations in place, doors open and programs about to start, Reinfeld and his staff are more than ready to capture the enthusiasm of students.