Trigger Warning:
How colonization uses natural hair styles as oppression, privilege discussion, genocide and oppression. If you are looking for hair tips for your white colonizer hair this is not for you; we are doing big kid work here.

For centuries, specifically White Western European-descended Americans have held the reins on what are considered acceptable hairstyles for the people it has colonized and/or subsumed under its empire. Since the 1960s, however, there have been monumental movements in normalizing natural hair styles by and for both Indigenous, Black, Latinx, and other racially marginalized communities. It has taken all that time, up until very recently, to begin establishing protections for these natural hair types.

Eight states have protections for natural hair, including Colorado, which means it’s still legal to fire or even deny service to a racially marginalized person for wearing natural hair types in 42 states.

It’s important to note here that European Americans, with a few exceptions, largely do not have the cultural or spiritual connection to their hair styles. The disconnect of cultural hair styles are largely due to the rampant colonization and recolonization that has occurred across Europe for the last few thousand years, as noted in numerous historical linguistics articles on the subject. Just as White Europeans surrendered their indigenous languages, they also surrendered their indigenous natural hairstyles – I should say we, since I am also a White European-descended American. Since White people hold the reins, however, we do not face the life-impacting consequences when we try to explore those styles, such as Nordic-style braids, or when we appropriate styles, such as White people with dreadlocks. That’s colonizer / White privilege. 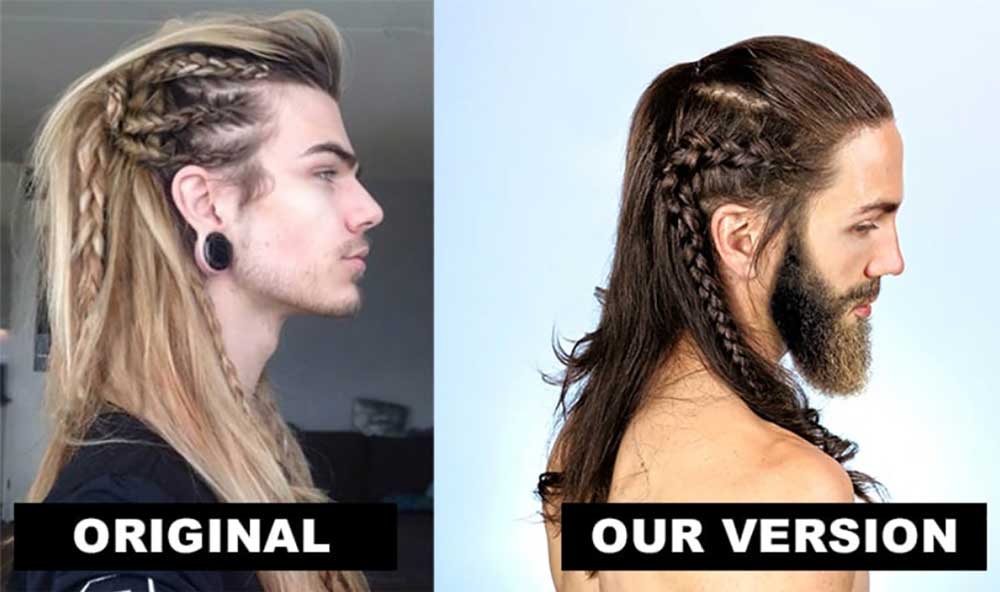 Moving up the timeline

One of the most common things we hear in testimonies from survivors of residential schools is children having their braids cut when they arrive. Make no mistake this was a form of purposeful genocidal violence done to “Kill the indian and save the man.” In other sociological texts, actions like this are called cultural imperialism.

Notably prevalent in Western Native nations like the Lakota and Black Foot, men cutting their hair was only done to demonstrate shame or grief. Modern Native nations still place great significance on braids, both cultural and spiritual. For many indigenous Americans still today cutting your hair is still a sign of deep grief and mourning. 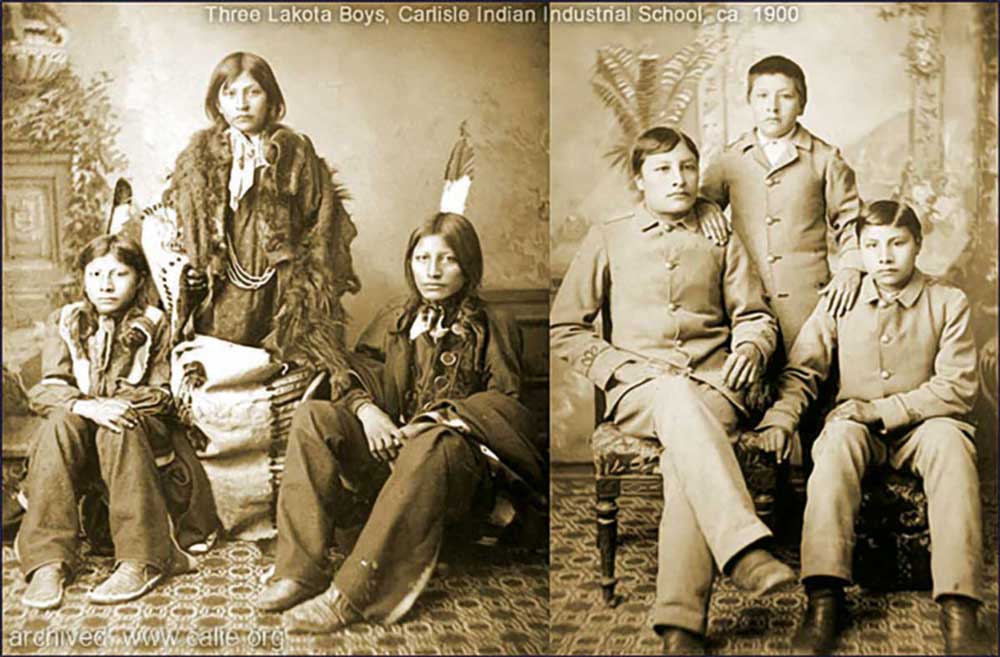 Three Lakota boys, before and after, web image

Hair cuts were knowingly cruel tools of colonization. They were used to sever cultural and spiritual connections to indigenous Sovereignty. A closer view of this same form of violence shows African slaves having Afros cut off, and US prisoners being forced to get haircuts while incarcerated, both ongoing forms of shaming and forcing cultural conformity.

The fascination with cultural braids and Afros by white women is pure colonizer culture. Everywhere we hear colonizers demands to own native natural hair styles. 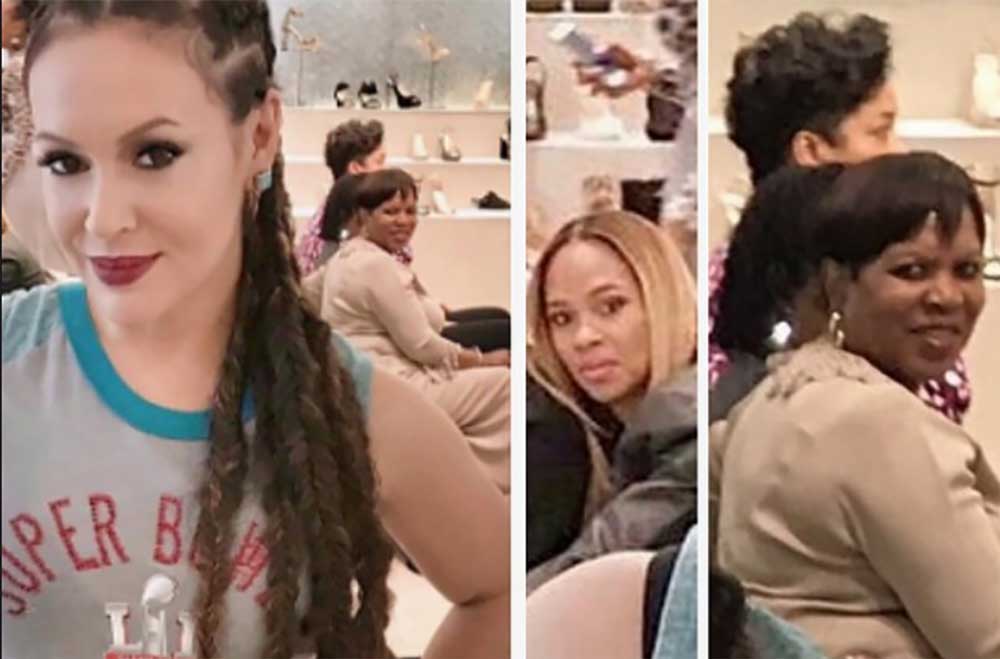 “Oh I love your braids,” one says as she reaches without consent to touch the connection to a culture that their ancestors cut up and severed with dull knives.

“It’s not appropriation!” she cries from underneath braids that her grandmother would’ve cut off a Native and threw in the trash.

“Your hair is a little long for our dress code,” he says, closing another door on employment for indigenous men.

Throughout America’s murderous love affair with chattel slavery, hair from Black people not only became a target of violence, but in true cannibalistic style became a commodity. It’s not an entirely rare thing to find period furniture, from both the North and the South, which was stuffed with Black natural hair for padding.

Natural hair became a primary tool of violent oppression for Black people from the beginnings of chatel slavery to modern day wage slavery. It took labor from so many in the community to bring natural Black hair to where it is today. Some of that work was done in Denver, Colorado. Madam C.J. Walker moved to Denver to sell hair products for Annie Turnbo Malone starting in 1905.

It was an empowering business. It placed control of Black women’s hair into the hands of Black women. What happened in Denver was early Black women’s entrepreneurship. It set Madam C.J. Walker up to train her own saleswomen to franchise that empowerment and cater, specifically, to Black hair needs 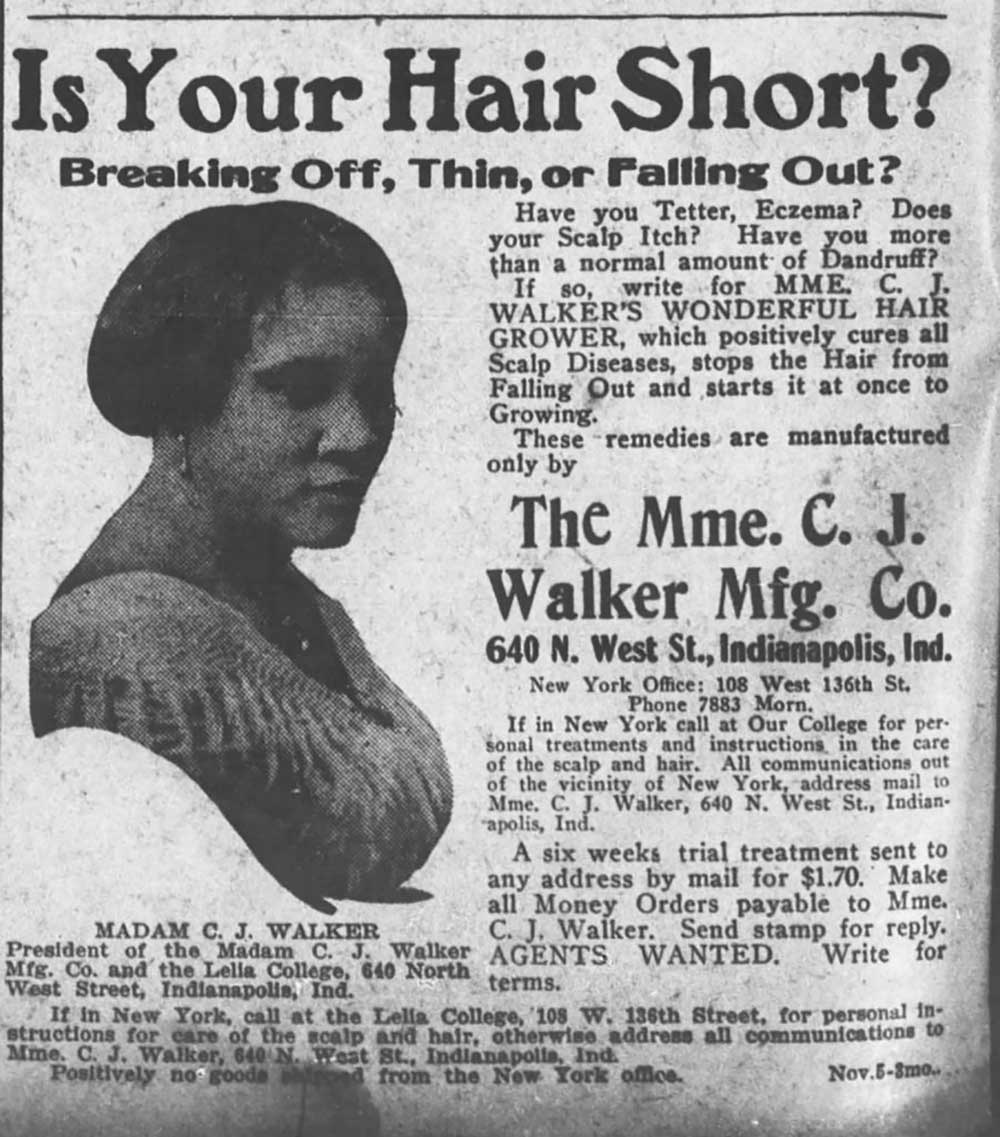 Even still, for decades to come, the standards of style of Black hair care were dictated by white people. Relaxers, straighteners and other products were designed and disseminated to conform Black hair to European beauty standards. Media pogroms and style guides all worked to force cultural assimilation, across many aspects of identity, but hair specifically.

was a PBS Television program, for and by Black people. Featuring interviews, music, and cultural issues, Soul! was very concerned with representing natural Black Hair in all its diversity. Part of producer Ellis Haizlip’s concept for Soul! was to provide a visual natural black response to the centuries of oppression. One of the ways they did that was with the hairstylists.

The broadcasts of Soul! contained a myriad of natural Black hair, as a matter of Black visibility. Guests to the show in the newly released documentary recall sitting while stylists worked on creating natural hair styles. Everyone loved it.

Still, however, business owners, college admissions, and even military recruiters have all listed White hair styles as “common sense.” Putting jobs out of reach for those who wish to honor their traditional hair styles or whose hair doesn’t easily conform.

Colorado became the 5th state with protections for culturally and spiritually significant hair styles. Colorado’s “CROWN Act” – “Create a Respectful and Open World for Natural Hair” – passed in September of 2020. After a summer of teargas and rubber bullets targeting #BlackLivesMatter protestors (and media, including Yellow Scene’s editor who was hit with a rubber bullet in the groin) this was one of the few wins that non-white people took home in Colorado.

The labor is intensive. Both Black and Indigenous people have had to work tirelessly in order to get such simple and humane accommodations for their hair by the white establishment. Meanwhile, Karen is sporting cornrows, Brenda’s got box braids, Dave has dreadlocks, and all over white women are putting dyed dark hair in “braids” for Halloween to pull off that just perfect “insert whitewashed native experiences” look.

Give space to Indigenous, Black, and Brown people and the oppression they have faced at the hands of White people around their natural hair styles. Support efforts – nationally – for the CROWN act, for Native kids trying to wear feathers in their hair for graduations, for the Black folk at your job wearing Afros and braids. Humanity is diverse and our morality needs to accommodate.