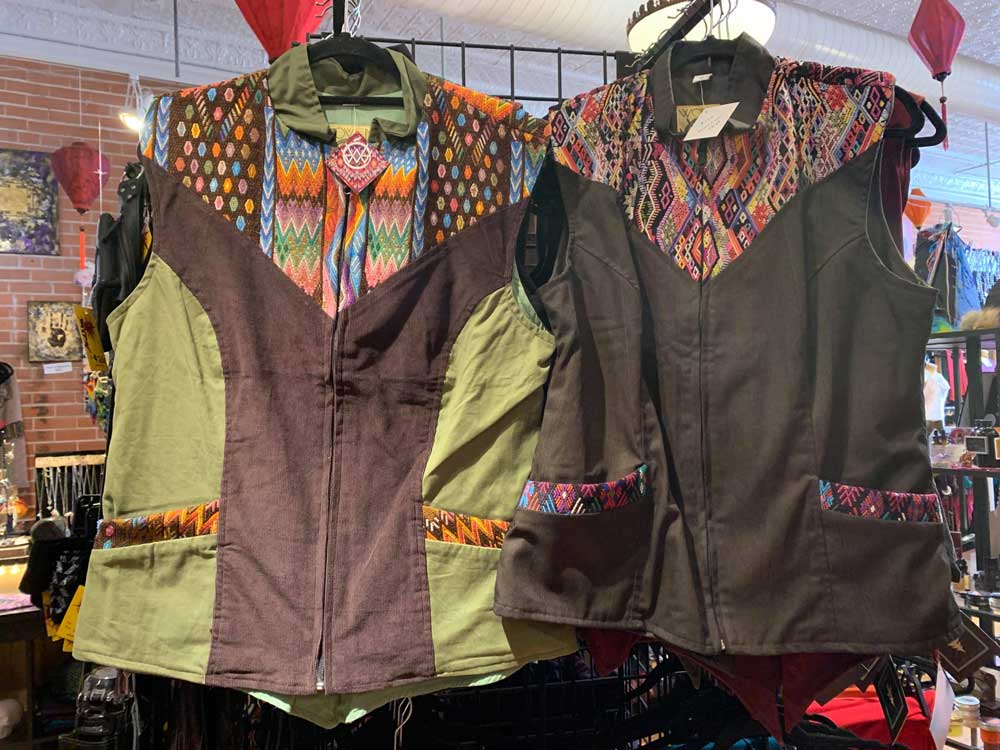 Yet, while doing research for this article, it was difficult to find many stores that sold Indigenous-owned fashion in Boulder.

When I asked, store owners pointed to traditional Native decor like feathers but told me they weren’t produced by Indigenous people. Therein lies the problem. Many people can admire the art and style of Indigenous cultures, but it doesn’t matter to them if the product is made cheaply from someone who is not indigenous or the branding is misleading.

At the same time, many Indigenous people make a living off of selling their art and merchandise. With the privilege of admiring and buying Indigenous-inspired clothes comes the responsibility to research where those products are coming from and if they actually benefit indigenous people. To this end, we’ve found a handful of Boulder stores that honor Indigenous people by selling their products.  While we’d love to see more – or any – native-owned clothing and apparel companies in the area, we’re in love with buying local and supporting indigenous communities around the world.

“It’s totally cool to honor the styles, but you know you don’t want to be borrowing from another culture without actually honoring the people making it.”

This family-owned shop opened in 1992 and partners with artisans of the Navajo Nation, the Zuni Pueblo, and the Hopi Tribe. Members of the Indian Arts and Crafts Association, they only sell authentic items from indigenous communities. 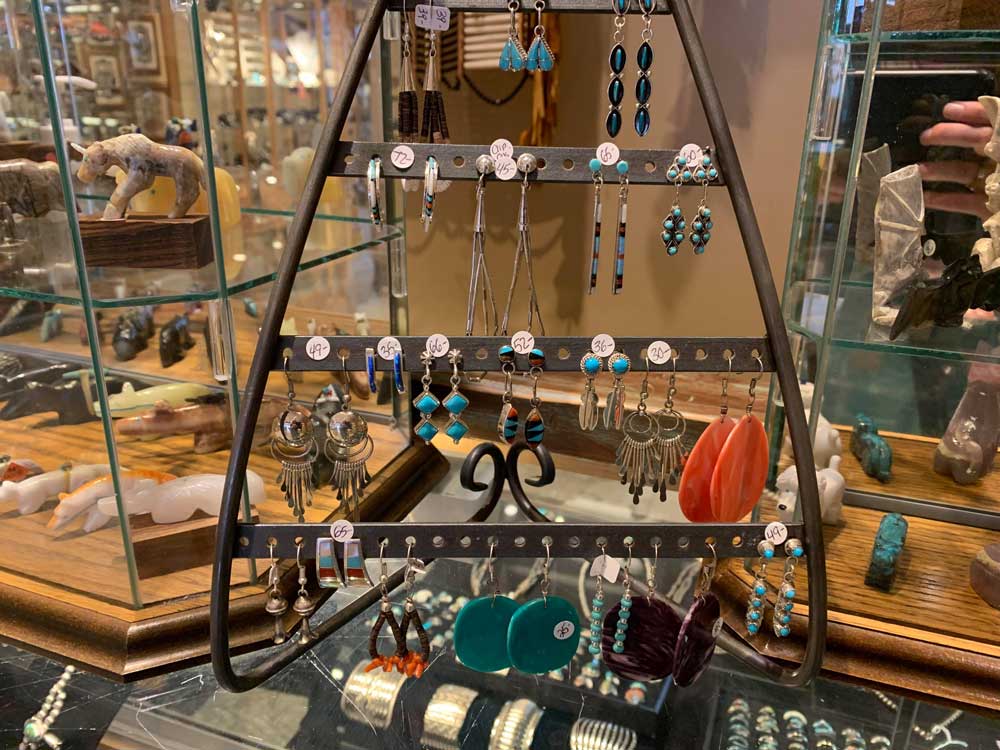 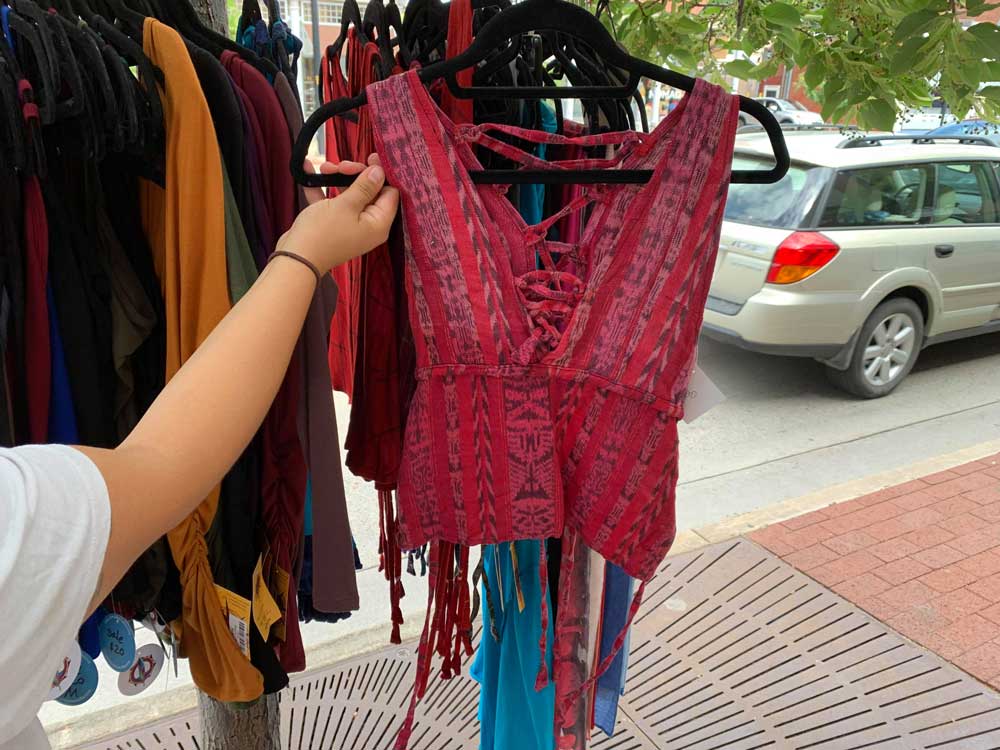 Umba is a family-run business with a mission to celebrate sustainable living solutions. Umba began its business by selling wearable art at music festivals and transitioned to a store. Their profits support their organic farm in Oregon. 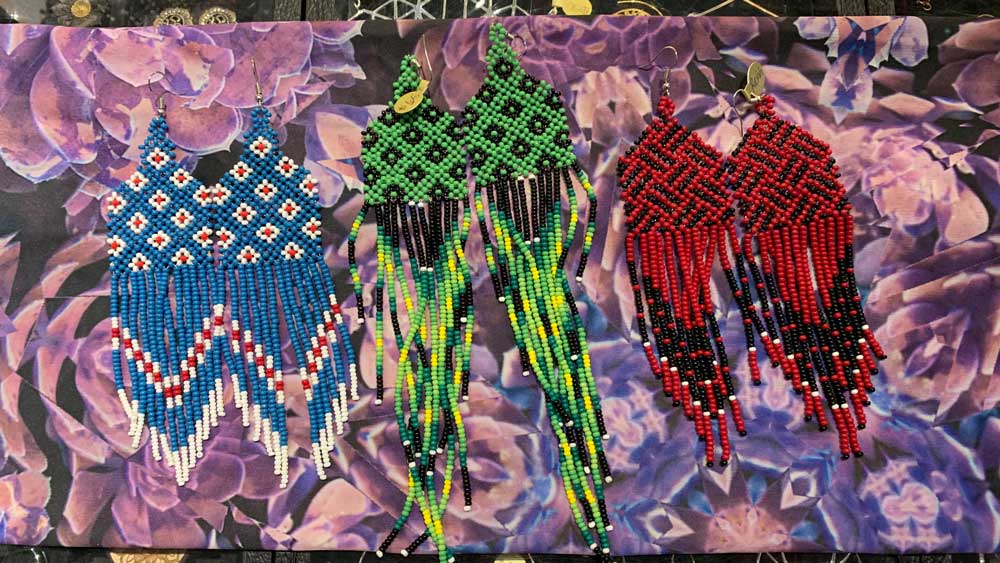 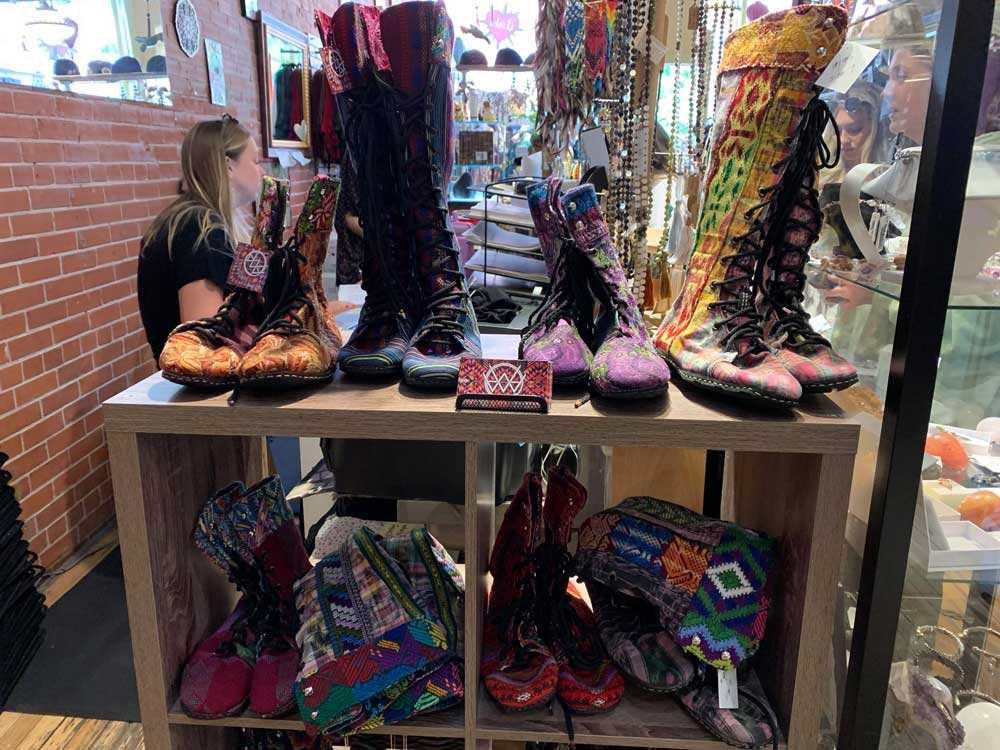 Opened in 1977, El Loro is a Boulder mainstay that was founded before Pearl Street Mall was conceived. The couple who started the store wanted to share treasures from their travels with the Boulder community. The store currently sells authentic jewelry from Indigenous communities with merchandise clearly labelled with the community’s name and sometimes the artist’s name.

“We’ve been buying from the same groups for the last 20 to 30 years, and that includes the Native American work,” said manager Angel Brick. “If you’re going to sell Native American work, you definitely want the census number for artifacts. That’s a pretty huge thing to have. If you look at our pieces, they do have that. Anything you have that’s the artist’s name, the area where they’re from, the specific styles that they’re working in is a huge thing with Native work. It’s totally cool to honor the styles, but you know you don’t want to be borrowing from another culture without actually honoring the people making it.”

It’s worth noting that El Loro has some pieces that are in Indigenous styles but are not produced by Indigenous people. An example is their selection of shoes by Minnetonka, a non-Native owned company. Their branding and the fact that they sell moccasins can be misleading to some, and in 2020 the company committed to work more closely with and donate some proceeds to Native communities.

“We can definitely tell you what’s Native and what’s not,” Brick said. “If something isn’t marked as Native, we won’t claim that it is.” 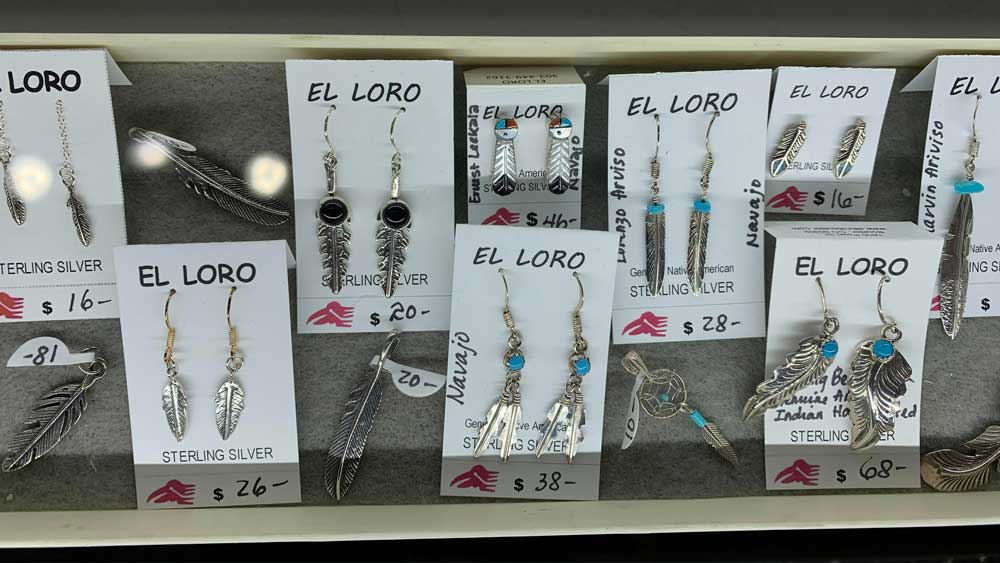 Art Mart is a woman-owned and operated art, jewelry, and gifts store opened in 1989. They sell collections of jewelry made by indigenous artists. The Indigenous-made jewelry comes from Peyote Bird designs in New Mexico, Al Zuni Global Jewelry, and Navajo Shiprock Santa Fe. 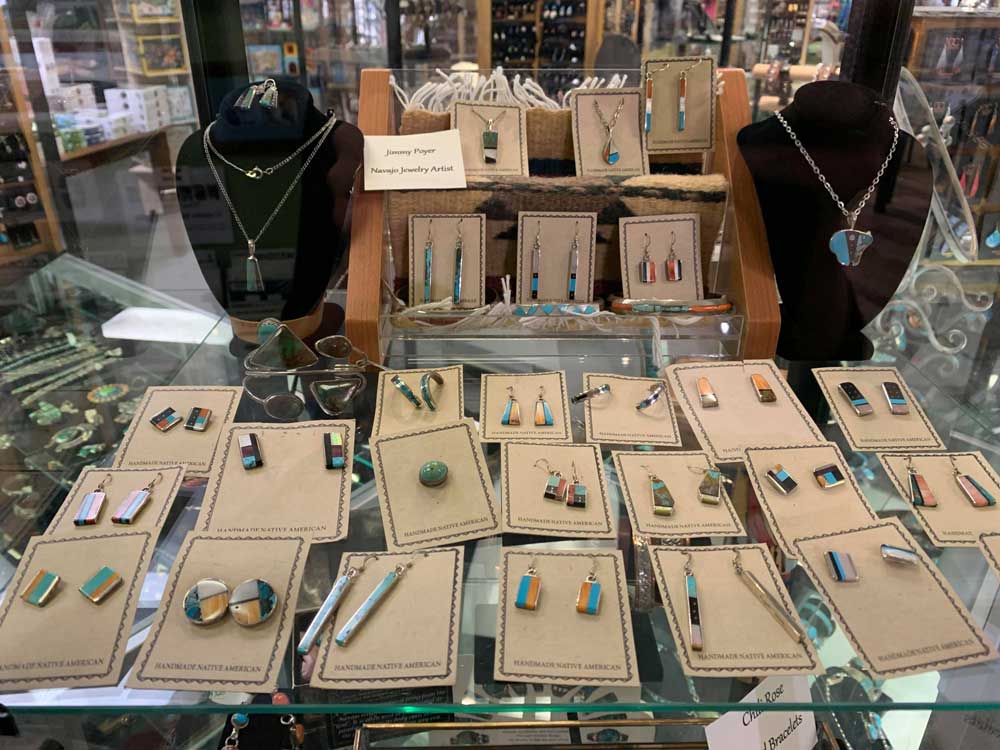 Fair Trade Winds sells fair trade merchandise from all over the world. They work mindfully with sustainable and ethical businesses that don’t benefit from exploitation of people or the planet. Their bamboo infinity scarves are hand woven by women in an Indigenous cooperative in Guatemala. Currently the scarves are the only item in the store made by Indigenous people.

Additional items made by Indigenous businesses can be purchased on their online store. The kids knit animal hats, and adult mittens are knitted by indigenous women in Peru and Bolivia. The staff was friendly and knowledgeable on what in-store merchandise was made by indigenous people. New merchandise is always being rotated into the Boulder store. 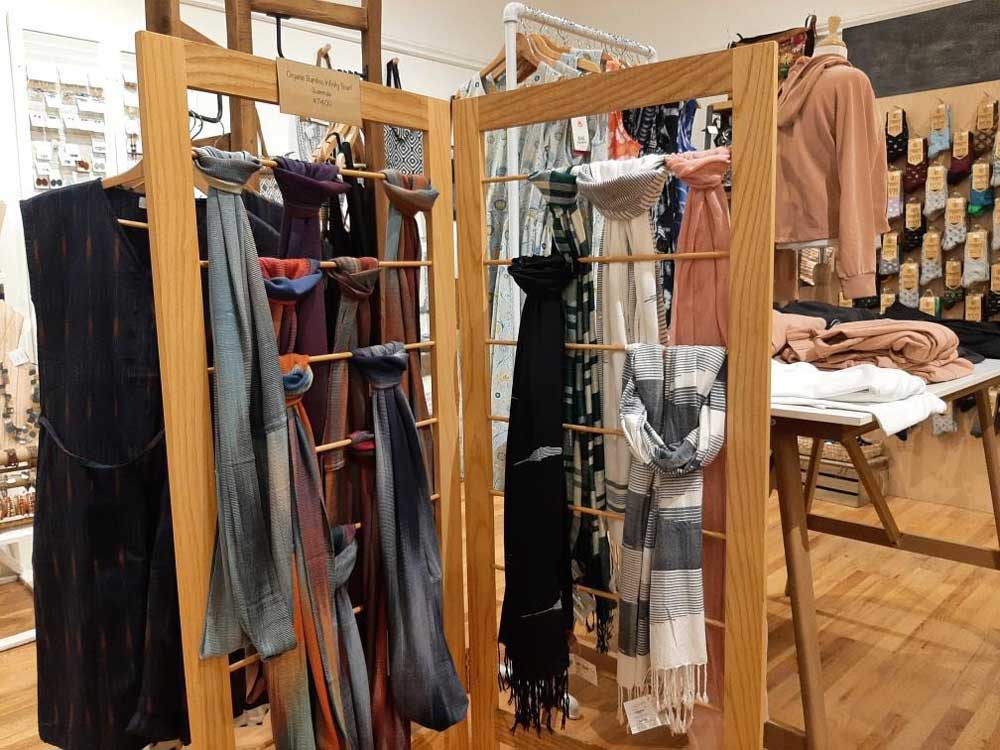