You Are On Native Land | Duly Noted 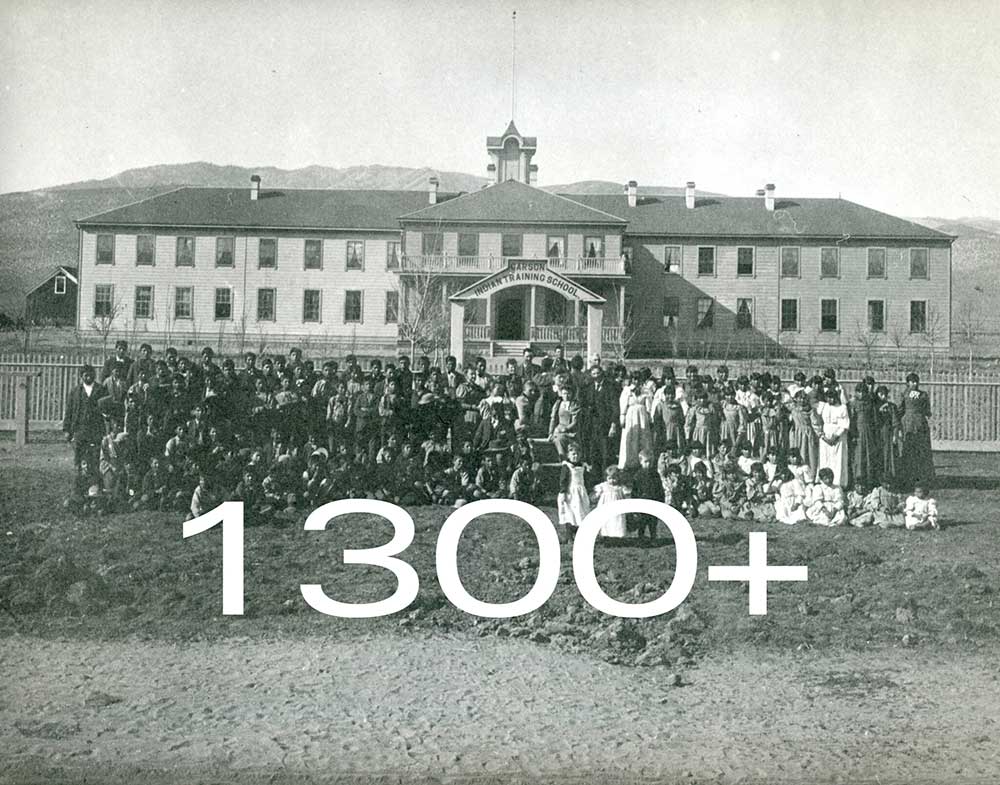 More than 1,300* unmarked graves have been discovered in Canada in just the last several weeks. These were Indigenous children,. These graves were on the grounds of church-run schools in Saskatchewan and British Columbia — schools that operated for decades as part of a cultural genocide perpetrated on Indigenous people across this continent.

In the United States, the forced removal of these children from their tribes and families was codified with the Civilization Fund Act of 1819. The act was a partnership between Christian missions — both Catholic and Protestant — and the U.S. government that provided funding for education in order to drive the “civilization process” of Indigenous people. Canada mirrored the U.S. system with the passage of their Indian Act in 1876.

The most generous way to look at any of this is through the lens of compulsory cultural assimilation. But even that belies the actual horrors that were clearly committed in the halls of these schools — horrors that haunt us with over 1,300 bodies discovered almost as soon as ground-penetrating radar was acquired and used.

I have no doubt that we are seeing the very tip of an unfathomable iceberg where this story is concerned. It has all the elements we’ve come to be familiar with in terms of Church-led carnage, up-to and including the stench of cover up.

“In 1960, there may have been marks on these graves,” said Chief Cadmus Delorme of the Cowessess First Nation in Saskatchewan in an interview with Al Jazeera on June 24. “The Catholic Church representatives removed these headstones and today they are unmarked graves.”

Make no mistake, this absolutely will happen here in the U.S. as well. Secretary of the Interior Deb Haaland announced the launch of the Federal Indian Boarding School Initiative on a call with the National Congress of American Indians at the end of June.

According to the New York Times, “The new program… will identify the facilities and sites where there may have been student burials, as well as the tribal affiliations of the children… It will also mine records from 1819 to 1969 that were kept by the department, which had oversight of the facilities, working with tribal nations, Alaska Native corporations and Native Hawaiian organizations. A final report will be sent to Ms. Haaland by April 1 (2022).”

Indeed, there are undoubtedly people still alive today who participated in the abuse, torture, murder and cover-ups that occurred in these “schools” — with the shield of the Vatican, other churches and U.S. officials keeping them from accountability. Justice for those perpetrators will be an uphill, arduous battle. And it’s incumbent upon us to deliver it. And I have next to zero faith that this nation will.

Accountability seems to be antithetical to what it means to be an American lately. We are literally fighting an ongoing cultural war internally on this very topic, thanks to the leadership of White Rage demanding an abridged and highly edited version of history taught in our schools that erases the stains of blood, slavery, oppression and genocide from our past. Because there can be no plight of cognitive dissonance if there’s no recognition of what happened at all.

And all this will be just another chapter torn from the margins of our history books and used for kindling.

*At the time of writing. Current numbers are nearing 5,300.