Love, True Love: They met at The Sink, then came back. Love wins. | Foodie 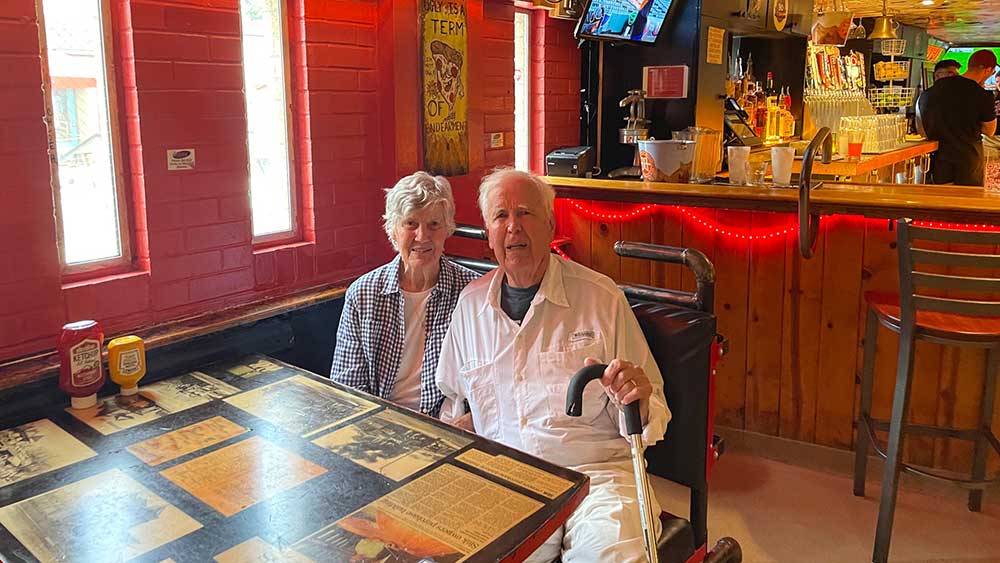 When you’re The Sink in Boulder and you’ve been in business since 1923, special moments happen a lot.

Maybe it’s a meal from your college days, a first date, or the virgin taste of an iconic Sink Burger. Other times it’s an unexpected celebrity drop in, like the visits by Barack Obama, Madeleine Albright, Anthony Bourdain, or Guy Fieri.

One of these connections went beyond any of these. The meeting of Peter and Suzie Gilbert created a 58-year old marriage, three children, and ten grandchildren. Now 81 and 82 years old, the pair met at The Sink in 1959, just four years after Robert Redford mopped floors and changed trash can liners there.

“I was with friends to meet some other girls, but saw her walking past the window,” Peter said. “She had cutoff jeans, a white t-shirt, and a pixie haircut. She was sashaying down the sidewalk.”

He continued, “The window is like ‘that wide’ but one of the girls knew Suzie and knocked on the window to get her attention. She came in and I was overwhelmed. It was quick. It was like all the din in the bar just silenced for me.”

Peter, a descendant of one of the original settlers in Gold Hill, a 20-minute drive west into the mountains beyond Boulder, still lived there but was down in Boulder for the night to hang with friends and to borrow their plumbing for a shower (Gold Hill didn’t have water at the time).

Suzie was here for a summer scholars program at the University. “I happened to be walking home from a study date and the girls inside who saw me, they were my roommates. That’s why they called me in,” Suzie said.

Although they no longer reside in Boulder, Suzie and Peter wanted to go back with their family  to where everything started.That’s how 35 people – including their children, spouses, grandchildren, and Peter’s two sisters – came to the Sink on a July Friday night. 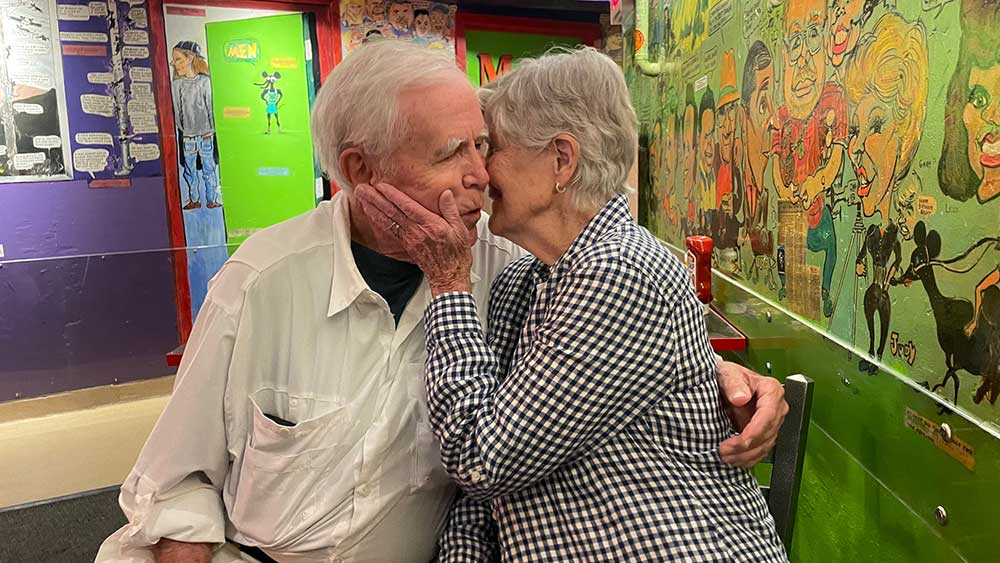 The meal was part of a larger tour of the family history sites in the area. It was the ultimate family meal.

There was laughter, conversation, and recreations. Peter kept pointing out the exact window the pair met. Eventually, he walked the group there and sat in the booth as Suzie stepped outside the window to recreate that first magic moment.

Amy Carter, the pair’s daughter, talked about how meaningful the meal was. “It’s really something — incredible that we have his siblings with us, too. It’s meant a lot to be able to be here.“

Gwynedd Bailey, The Sink’s Marketing Manager, helped organize the dinner. She said that when a restaurant has been in business for more than 90 years, management hears stories.

One customer, John Lund, described what it was like decades ago. “As engineering students, the only way we knew to find a date on Friday afternoon was to go to The Sink, buy a quart bottle of 3.2 beer and hang around hoping to find a date. Of course, it seldom worked – so we just drank more beer.”

Other customers talked about carving a heart into one of the table tops that they could go back to years later. A former employee had their wedding reception there.

Joyfully intense moments like these are more than just a part of what The Sink gives to Boulder; they demonstrate what food and restaurants can give to a community. They’re more than just a place to enjoy a meal, or a momentary excuse to put the world aside for a good time.

The Sink epitomizes how a restaurant’s value can be both simple and profound. As simple as being a low-ceilinged, community institution beloved for their beer and hamburgers, and as profound as being a place with a booth by a window where a couple can fall in love.