Off Menu with… Rob Hurd | Frasca 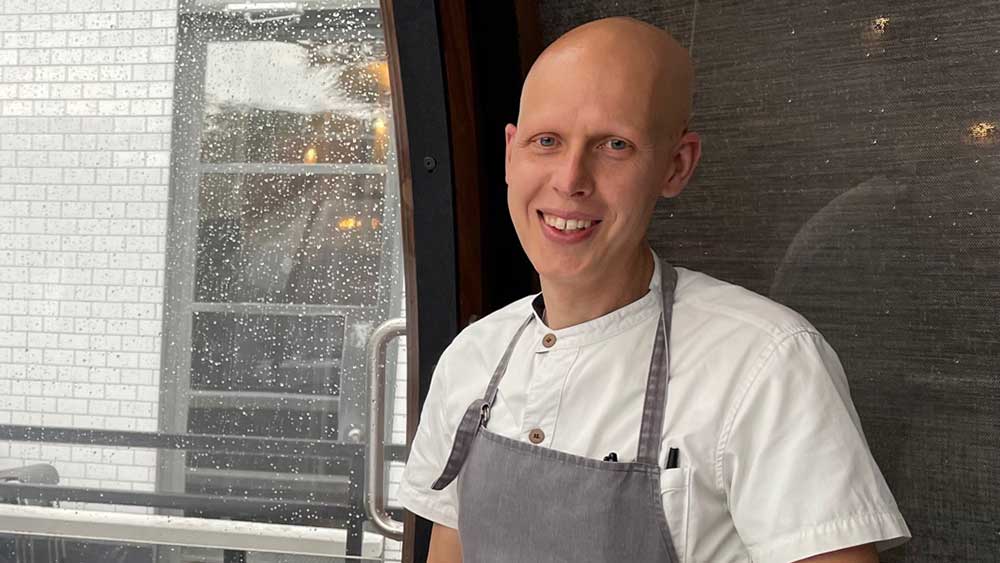 On a Thursday afternoon just prior to dinner service, I’m comfortably seated at a table in one of the wood and glass Alpenglobes outside Frasca Food and Wine on Pearl Street.

It had just rained and a few final drops were steadily hitting the sides. The sensation of being inside a settling snow globe became a prelude to meeting the restaurant’s exceptionally calm and centered new Executive Chef, Rob Hurd.

Hurd let me get to know him a bit and I learned a few things pretty quickly. He’s a relatively new dad, from Michigan on an island in Lake Erie. He started cooking at 15, with the motivation to purchase a new car at 16. “My parents were like, if you want that, you’d better get a job. Up until that point, I thought I was going to be something design related. I just liked that kind of thing.”

Although he intended to start as a busboy at a yacht club, that plan didn’t last long. It might not have lasted more than an hour (we never settled on a time in our conversation).

“My first day to start was Mother’s Day 1993. I walk in, brand new black pants, white shirt, a shy kid, quiet,” Hurd said, “I walk into the back kitchen. It was just buzzing, and the chef was like, ‘I need you to dip strawberries. Once I finished that, I started cutting carrots. I was never a busboy.” He gave his explanation to why he thought it worked.

“I think I was just a little bit shy and when you get into this environment and there’s a little bit of swearing going on, and they give you a ten-inch knife, I was like, yeah, this is awesome.”

With this energy, Hurd was working 45 hours a week and going to school. He became a Sous Chef at 17, working closer to 50 hours in addition to class. He became Executive Chef at an oyster bar on Mackinac Island, Michigan, when he was 21.

Years later he’s leading the kitchen at Frasca Food and Wine. “I like to run a very quiet kitchen,” he said. “If we need to get a sauce from another person, it’s ‘may I please get,’ if we need to interrupt or talk to someone, its ‘may I call’. No one screams. Ever.” 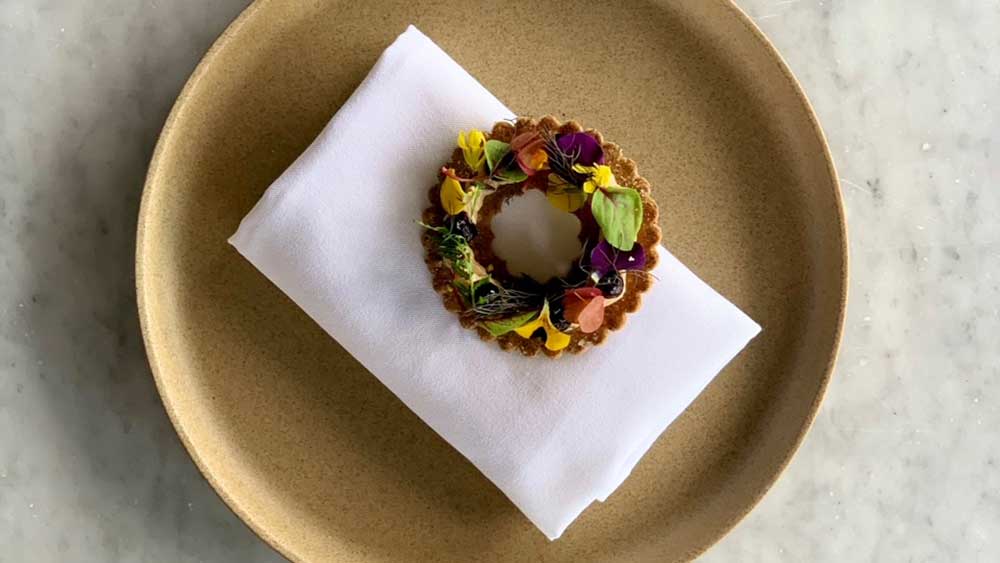 One of the inspirations for the environment he maintains in his kitchen was his time at Restaurant XYZ in San Francisco’s W Hotel. “The chef there and the culture there changed what I thought was possible. I was running through the kitchen. He was super quiet, like a gazelle. Floats through the kitchen. Gets a ton of work done. From then on, each place I worked, I started developing the culture I liked.”

Now, Hurd takes the discipline to focus on what’s needed to create Friulian-inspired cuisine from Northern Italy, which the restaurant is known for.

“No one knows about the region and it’s fascinating… It’s historically poor that has been invaded by everybody. As the book says, there are mountains, vineyards, and seasides. That’s the driving force for how I’m going to format the menu.”

The food he made for me was part of a summer-inspired tasting menu served in the Alpenglobes. It included a chilled apricot soup with fennel, crema and marigold, and a buckwheat cracker with foie gras, pickled huckleberry, herbs, and edible flowers. There was also a squash blossom stuffed with crab and mint.

As he continues to slowly settle in, one item, in particular, will remain his focus. “I got into the profession to get a car, I stayed in the profession because I really want to take care of people. I want to make sure that everyone who comes here has an amazing experience.”