The (Continued) Rise of Cyberbullying: Change is Being Made, But it’s Still Not Enough. 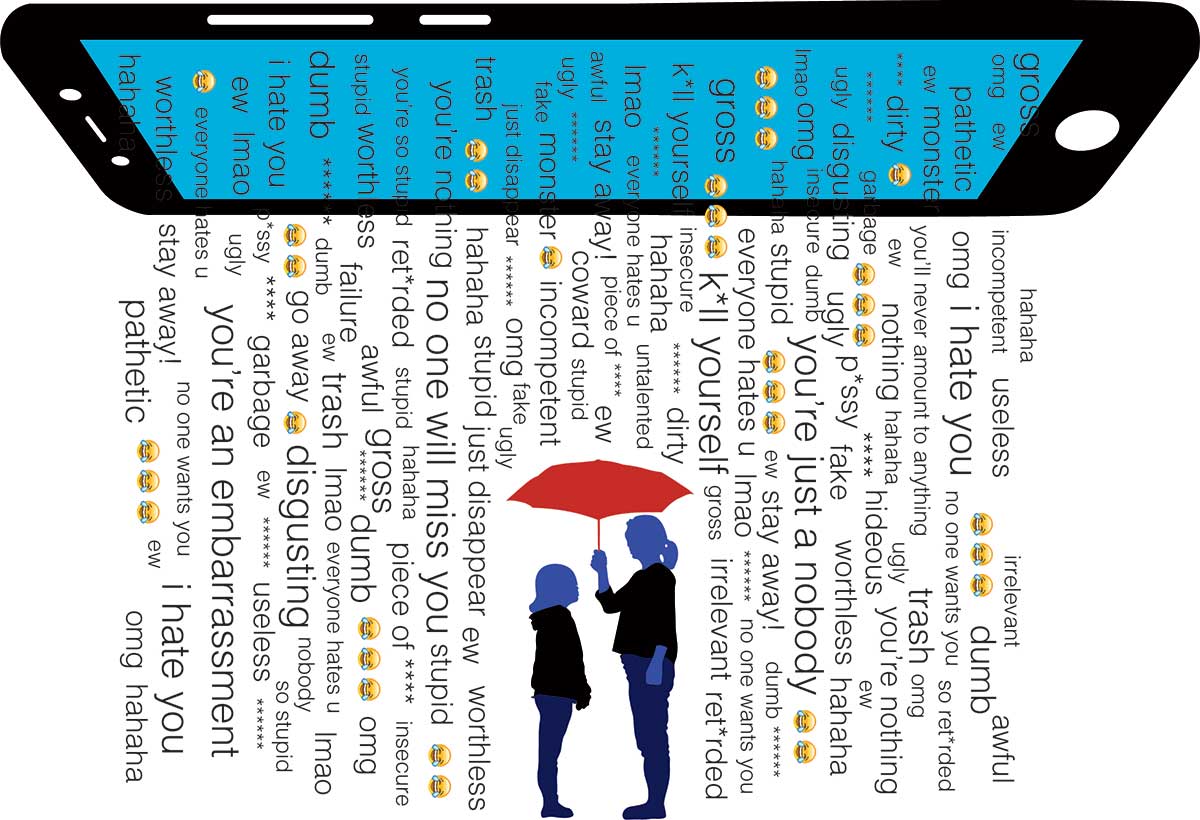 The precedent has been set. It’s fully possible to work, study, and communicate from home. It’s not the easiest, definitely not the most equitable, or the best solution for providing young people an education but it is, nonetheless, possible. Issues have arisen, such as worsening grades, behavioral health impacts, and inadequate resources, and now as the data begins to arrive for the 2020-21 school year, some institutions have noticed an uptick in cyberbullying.

Cyberbullying, as defined by Cyberbullying.org, is the “willful and repeated harm inflicted through the use of computers, cell phones, and other electronic devices.” It has been shown to affect the mental health of the victim, increasing loneliness, lower self-esteem, and suicidal behavior. Cyberbullying is inherently dependent on the internet and use of social media, and differentiates from traditional bullying in several ways, specifically, audience size, anonymity, and ease of ability to contact the victim.

Cyberbullying has been increasing. In 2017, the Center for Disease Control and Prevention (CDC), stated that 15% of high school students were cyberbullied and 20% were bullied on school property. The report also stated that “bullying is among the most commonly reported discipline problems in public schools. Nearly 12% of public schools report that bullying happens at least once a week.” Middle schools have the highest number of reports at 22%, and primary schools the lowest at 8%.

L1ght, an AI-based startup, reported in 2020 that they saw a 70% increase in hate speech amongst “kids and teens during online chats.” during the beginning of the pandemic. L1ght works to “detect and predict toxic and abusive behaviors” and “identify and eradicate cyberbullying, harmful content, hate speech, and predatory behavior.”

This trend has also been seen locally. Stacey Jenkins, Director for Safe2Tell of the Colorado Office of the Attorney General, said via email that “We have seen an increase in cyberbullying in the last school year,” specifying that “it went from about 2.7% in the 19-20 school year to 4.3% in the 20-21 school year.”

Statistics about cyberbullying; Graphic by CDC.

Not all institutions, however, have seen an increase during the pandemic. Andrew Sorensen, Spokesperson for Strategic Media Relations at the University of Colorado, Boulder, via an email, said that, compared to 2019-20 data, “CU Boulder has not seen an increase in protected class harassment and discrimination reports.”

Moreover, a July 2021 working paper from Brown University, “The COVID-19 Pandemic Disrupted Both School Bullying and Cyberbullying” (Bacher-Hicks et. al. 2021), stated that, “Real-time data then shows that searches for school bullying and cyberbullying both dropped about 30-40 percent as schools shifted to remote learning in spring 2020.” The study used Google Trends data rather than traditional Youth Risk Behavior Surveillance System (YRBS) self-reported surveys, because these tend to be done in school; “there are very few studies on bullying during the pandemic and even fewer using publicly available nationwide data.” They conclude that ”these results highlight how in-person interaction is an important mechanism underlying not only in-person school bullying, but also cyberbullying.”

Cyberbullying has extensive implications and negative impacts on the victim. According to the CDC, it “increases the risk for depression, anxiety, sleep difficulties, lower academic achievement, and dropping out of school.” Those who bully are also at risk of “substance use, academic problems, and experiencing violence later in adolescence and adulthood.” The study, “Self-Harm, Suicidal Behaviours, and Cyberbullying in Children and Young People: Systematic Review” (John et al., 2018) found that victims of cyberbullying were “2.57 times more likely to attempt suicide”.

For Anya Berlova, entrepreneur, TEDx speaker, anti-bullying activist, illustrator, and PhD student, loneliness is a key contributor to cyberbullying, something that has increased during the pandemic. In an email, Berlova told Yellow Scene that “feelings of loneliness can lead to anger and hostility, and, hence, can contribute to bullying behaviors.” 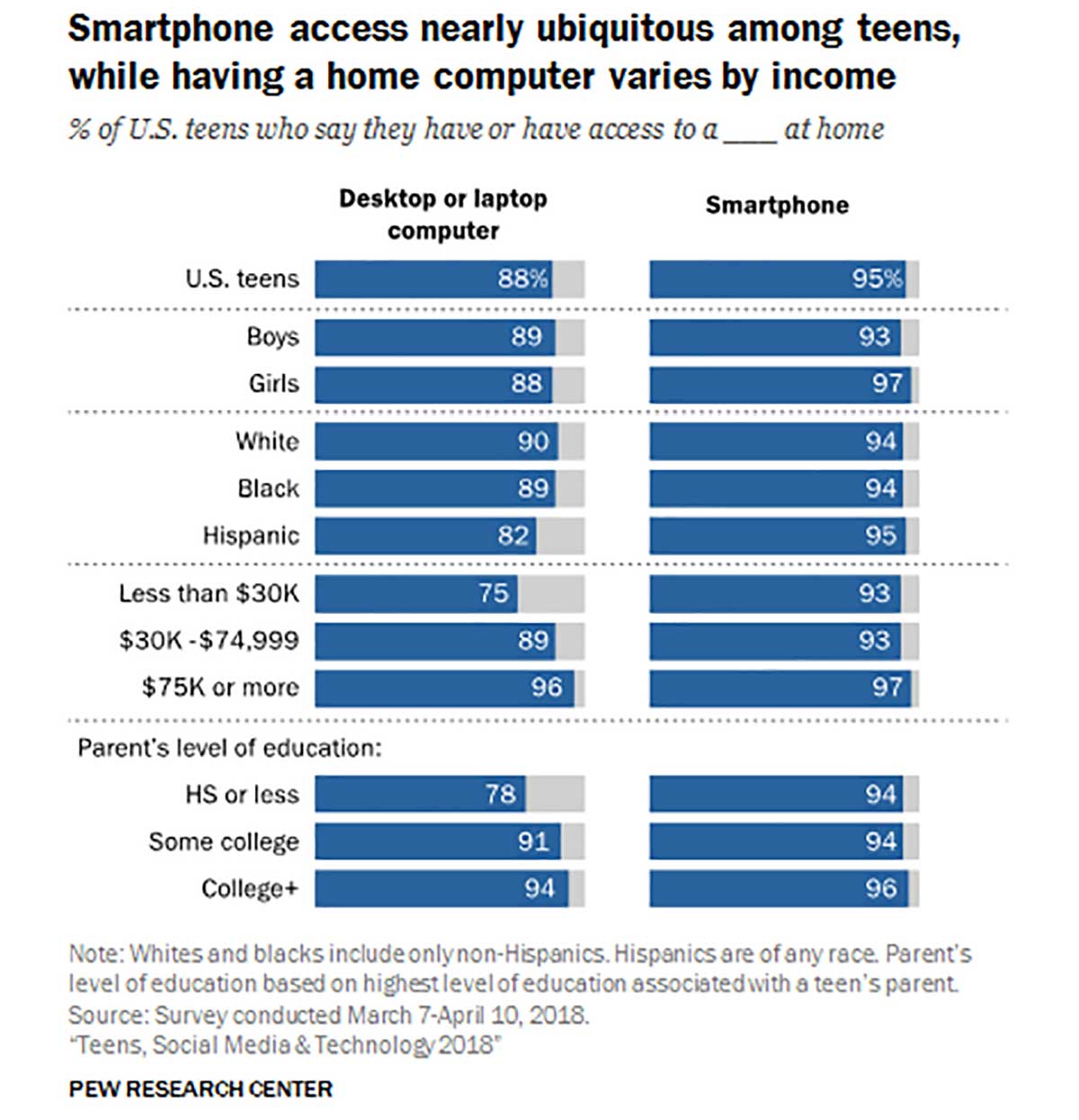 Speaking to a potential solution, Berlova pointed toward technology. “We need to think about how we can use technology to our advantage in combating cyberbullying, such as by engaging Virtual Reality in decreasing social isolation and improving psychological well-being. We also need to utilize tools within the creative sphere such as film, as this medium has been proven effective as a tool to increase prosocial behaviors and decrease loneliness.”

Cyberbullying has been associated with the increase in use of social media. According to 2010 data, by the California Adolescent Health Collaborative, 75 percent of all teens owned a cell phone while 88 percent of those texted, 73 percent used a social networking site, and 52 percent have commented on a blog such as Facebook. Furthermore, 2018 data from the PEW Research Center reported that, “95% of teens now report they have a smartphone or access to one,” and “45% of teens say they use the internet ‘almost constantly’.”

Of course, social media isn’t all bad; it dramatically increases the ability for people to communicate. According to “Living and Learning with New Media: Summary of Findings from the Digital Youth Project” (Ito et al., 2008), social media allows young people to “be ‘always on’, in constant contact with their friends via texting, instant messaging, mobile phones, and Internet connections.” This allows them to extend their “friendships and interests”, and to engage in self-directed and peer-based learning. “Online groups enable youth to connect to peers who share specialized and niche interests of various kinds, whether that is online gaming, creative writing, video editing, or other artistic endeavors,” which may go “beyond what they have access to at school or in their local community.” 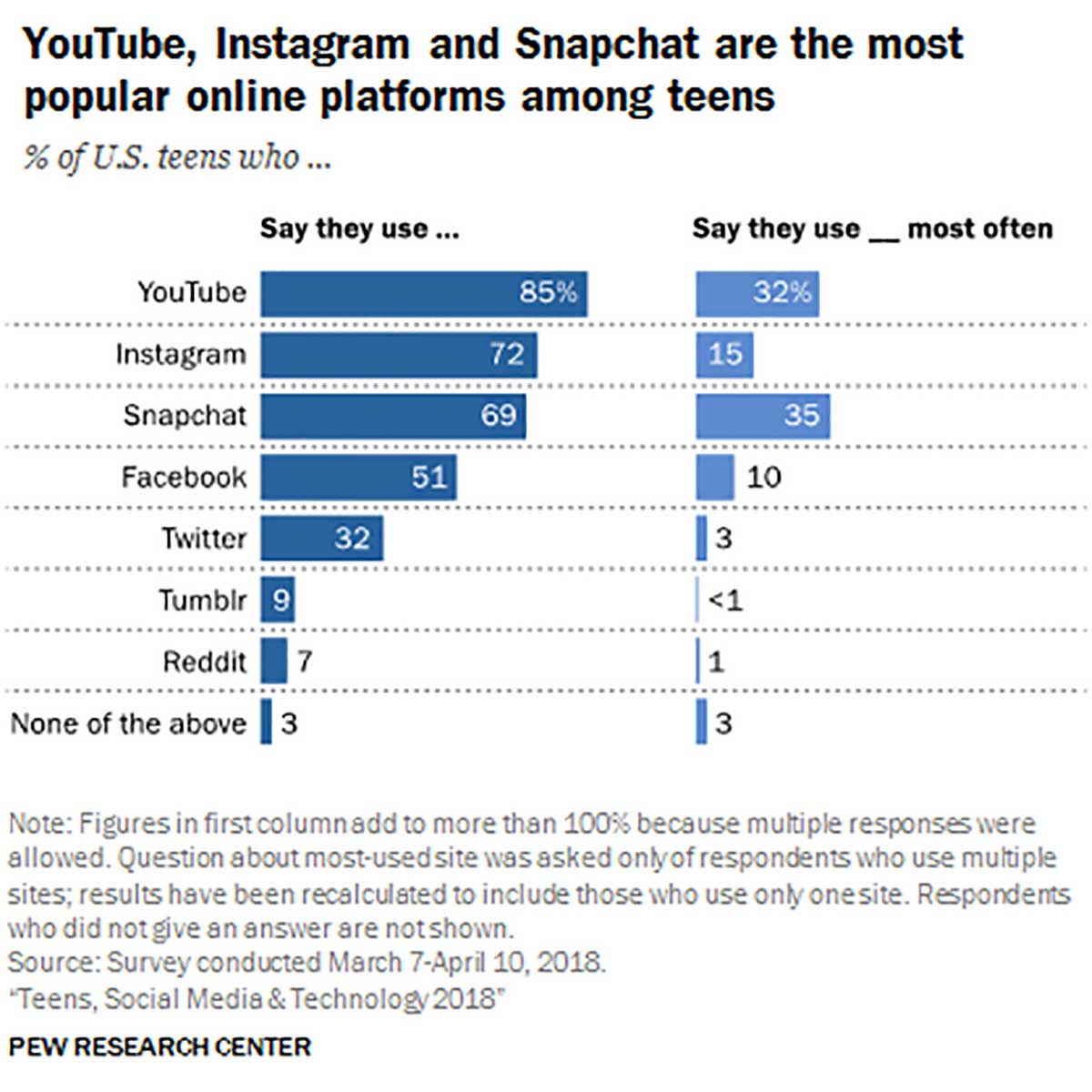 The study, “The Internet and Social Life” (Bargh, McKenna. 2004), claims that for many, the Internet provides, “relative anonymity and thus safety,” which thereby should motivate “people with stigmatized social identities” to find support communities.

In an interview, Christian Gardner-Wood, Director of Community Protection and Legislative Affairs for the Boulder County District Attorney’s office, mentioned that the idea of anonymity can also encourage bullying. “Sometimes the use of technology has… lead people to engage in this bullying, thinking they have some level of anonymity and may be able to get away with it.” Whether they actually can seems unlikely. Gardner-Wood confirmed that, “a lot of time, we’re able to kind of track it and figure out who is doing this.”

Being anonymous may increase the impact of bullying, but so does reach. The study, “Self-Esteem and Loneliness in Relation to Cyberbullying in Three European Countries (Melotti et. al., 2021) explains that “[s]ocial networking sites potentially provide a large audience of peers who may see denigrating and abusive material about a victim. This can have very damaging effects for the victim.”

Comparing cyberbullying to a more traditional form of bullying, such as in the hallway of a school, Gardner-Wood agrees that, “yes, that [hallway interaction] absolutely has a negative impact on the victim.” He continues, “But you look at today’s world and… that could be a social media post that a thousand people are seeing. So it’s not just… ten people are seeing this person be berated, it’s… hundreds, if not more.”

Addressing the Issue in Colorado

Colorado certainly isn’t immune to cyberbullying but, with an increase in awareness, we’ve been making strides to address the three main components of dealing with the issue: accountability, education, and restorative justice.

In 2015, Kiana Arellano’s Law (18-9-111) went into effect. It was the first of its kind in Colorado to specifically include acts of cyberbullying as harassment.

Kiana’s law brought awareness to the issue of cyberbullying. Gardner-Wood said the bill “was immensely important,” that specifying “electronic means of harassment was key in terms of being able to investigate, prosecute and try and repair the harm.” Previous laws addressed harassment, “but they weren’t necessarily focused so much on the digital technology of today’s age.”

Young people gain the most support at school and at home. Research has “demonstrated an association between positive parenting styles and a ‘healthy’ use of the Internet in adolescence,” (Melotti., 2012). For Berlova, “parental involvement is very important” but students should also feel supported in schools; “teachers, administrators and counselors should work to make sure they are providing the sense of care and support necessary so that students feel they are a part of a strong community.”

Schools can play a significant role in supporting the mental health of their students, but they don’t always. Today, schools in Colorado are required to have “a specific policy concerning bullying prevention and education,” (C.R.S. 22-32-109.1). Stopbullying.org noted that current laws do not require schools to train their faculty on how to respond to bullying.

Berlova believes these trainings to be important, as they help “staff understand how to recognize bullying and deal with it under different circumstances. Cyberbullying is especially tricky since it often happens in a ‘hidden’ way that is difficult to catch.”

Healthy peer group relationships have also been shown to help combat cyberbullying. When asked how receptive young people have been, Berlova stated, “the youth-to-youth approach is important when discussing things like bullying, since sometimes young people feel like adults don’t fully understand the issue. The young people I’ve talked to have been very receptive to these conversations, they understand how serious it is.” 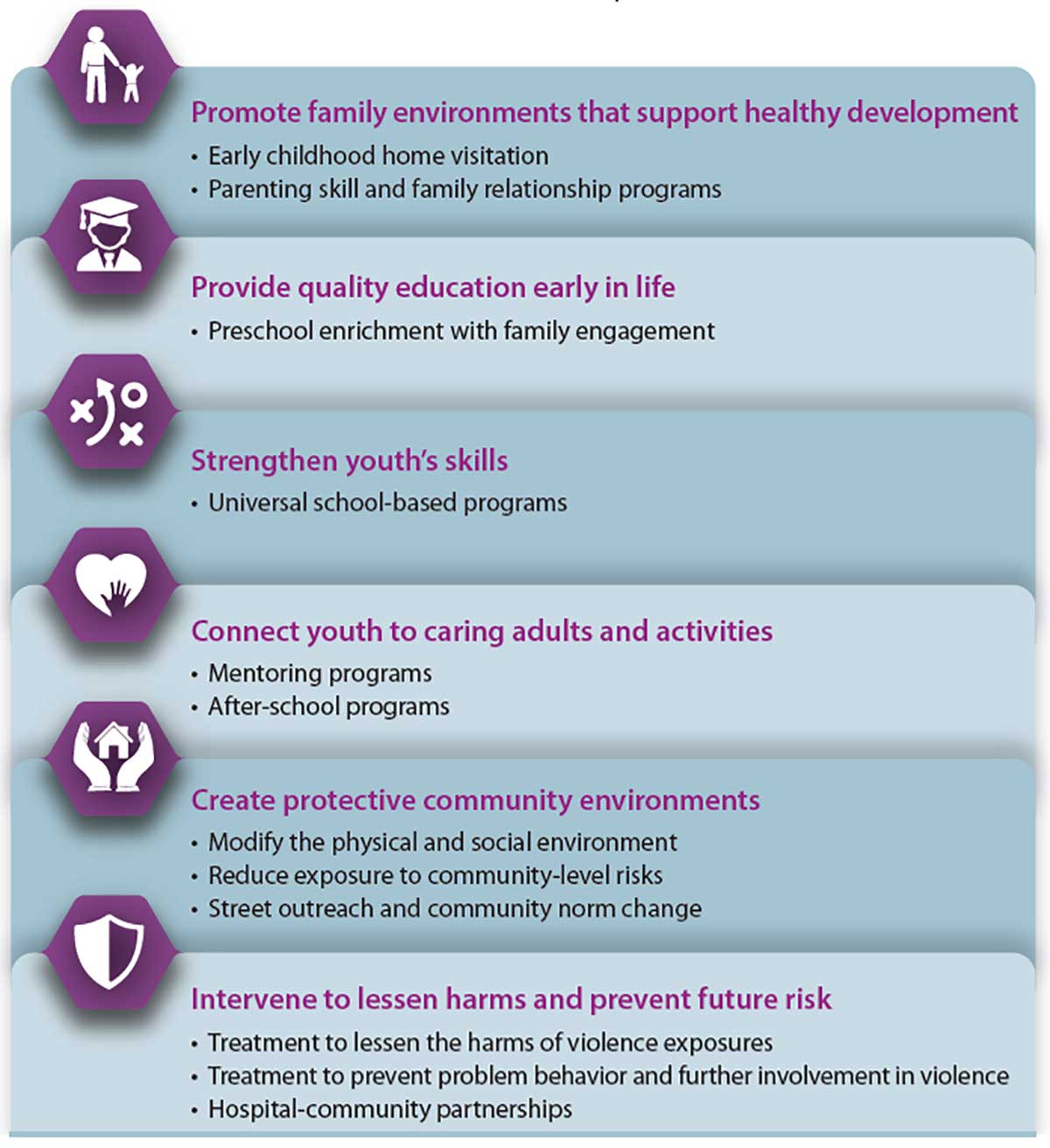 Accountability and education are important for addressing Cyberbullying. Beyond those two Gardner-Wood pointed to an equally important third option: restorative justice. Boulder County’s DA office has “a very robust restorative justice program and one of the first in the state.” By bringing together the victim and the offender in a “facilitated group to be able to talk about the harm” it can be helpful “both for the standpoint of the victim and the victim’s mental health, but also for the perpetrators… for the offenders, so that they understand the true harm that was caused.”

Cyberbullying has only gotten worse over the past decade, and as more data arrives, we’ll continue to see how the pandemic has affected it. Laws are in place to provide accountability, educational programs are increasing to address and prevent, and restorative justice programs exist to potentially aid in healing, situation permitting. It’ll be up to everyone – schools, parents, young people, and even the innocent bystander – to acknowledge the issue and address it appropriately if we want this unnecessary and harmful component of our society to cease to exist.

“…bullying is among the most commonly reported discipline problems in public schools. Nearly 12% of public schools report that bullying happens at least once a week.” – CDC