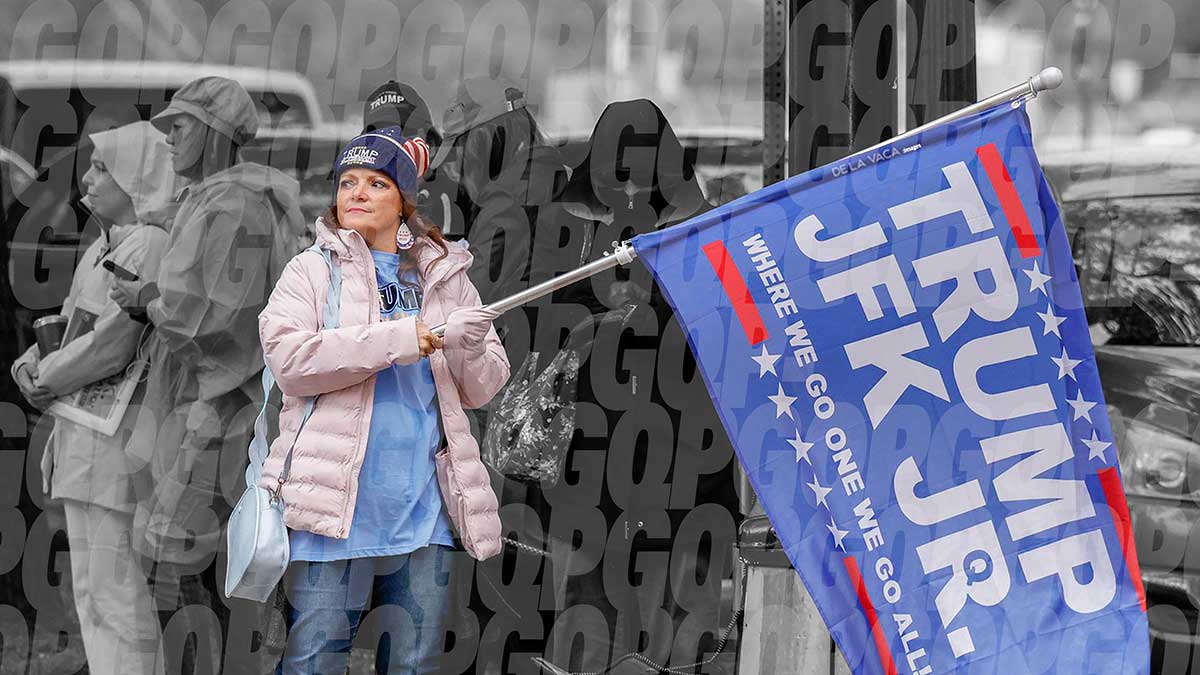 Right now, as I write this, dozens of them. They’re standing in Dealey Plaza in Texas in the formation of a giant Q, unmitigated idiocy on full display, waiting for their messiah to rise from the dead like an Easter celebration for the daft, a crowd of utterly mindless cultists who fervently believe JFK Jr. — who died in a plane crash more than 20 years ago — will somehow appear any moment now to announce his candidacy for VP in 2024 on the next Trump Presidency ticket.

And they call the left “sheep.”

They’ve been there since November 2 in their red MAGA hats and Q-addled pageantry, banging their handheld drums and chanting for the return of this so-called prodigal son, long since cremated and then ashes scattered at sea back in 1999.

As Jan. 6 insurrectionists — the perpetrators of Trump’s own take on the Beer Hall Putsch — receive sentencing for their participation in the attempted overthrow of the U.S. government, their compatriots have learned nothing.

The famed “Q-anon Shaman,” Jacob Chansley, could be facing decades in prison and his contrition is on full display. In a statement provided by his lawyer, he admitted, “for years during the Trump administration, the President honed and routinely utilized his mass communication means to effectively groom millions of Americans with respect to his policies, protocols, beliefs and overwhelming fixation on all matters conspiratorial.”

Accountability is something these traitors never imagined they’d face. And though it’s certainly not going to be severe enough punishment for their crimes (with the exception of former Air Force service member Ashli Babbitt, who was shot while trying to break into the U.S. Capitol Building and paid for this act of sedition with her life), it’s incumbent they face the music.

A message needs to be sent. The GQP has gone off the rails in such utterly spectacular fashion that normal rules of discourse no longer apply. It’s not justice or a platform or another presidency they seek at this point.

They seek a reckoning.

The crowd at Dealey Plaza may not have turned violent. But mark my words, violence is what they want. They are a simmering cauldron of bubbling hate, convinced that their way of life has been stolen away from them amid election fraud that never really happened. And the perpetrators of this Big Lie hold public office — including representing the 3rd Congressional District from Colorado.

The cynicism of the Republican Party is out of hand. They’ve given up trying to legislate anything on behalf of the citizenry of the United States. Their platform is solely built on a culture war, and they’re going to fight that war in the streets soon enough. It will be bloody and it will be catastrophic.

We are merely in the calm eye of the storm.