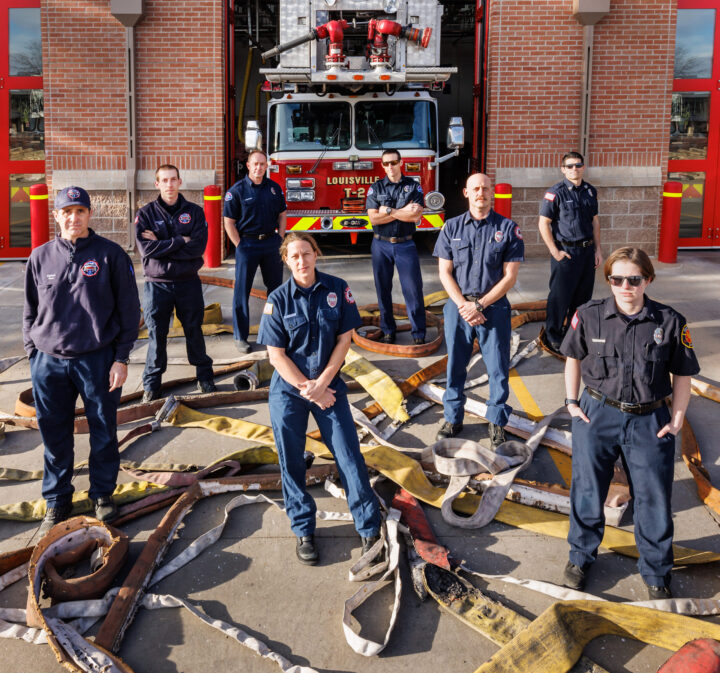 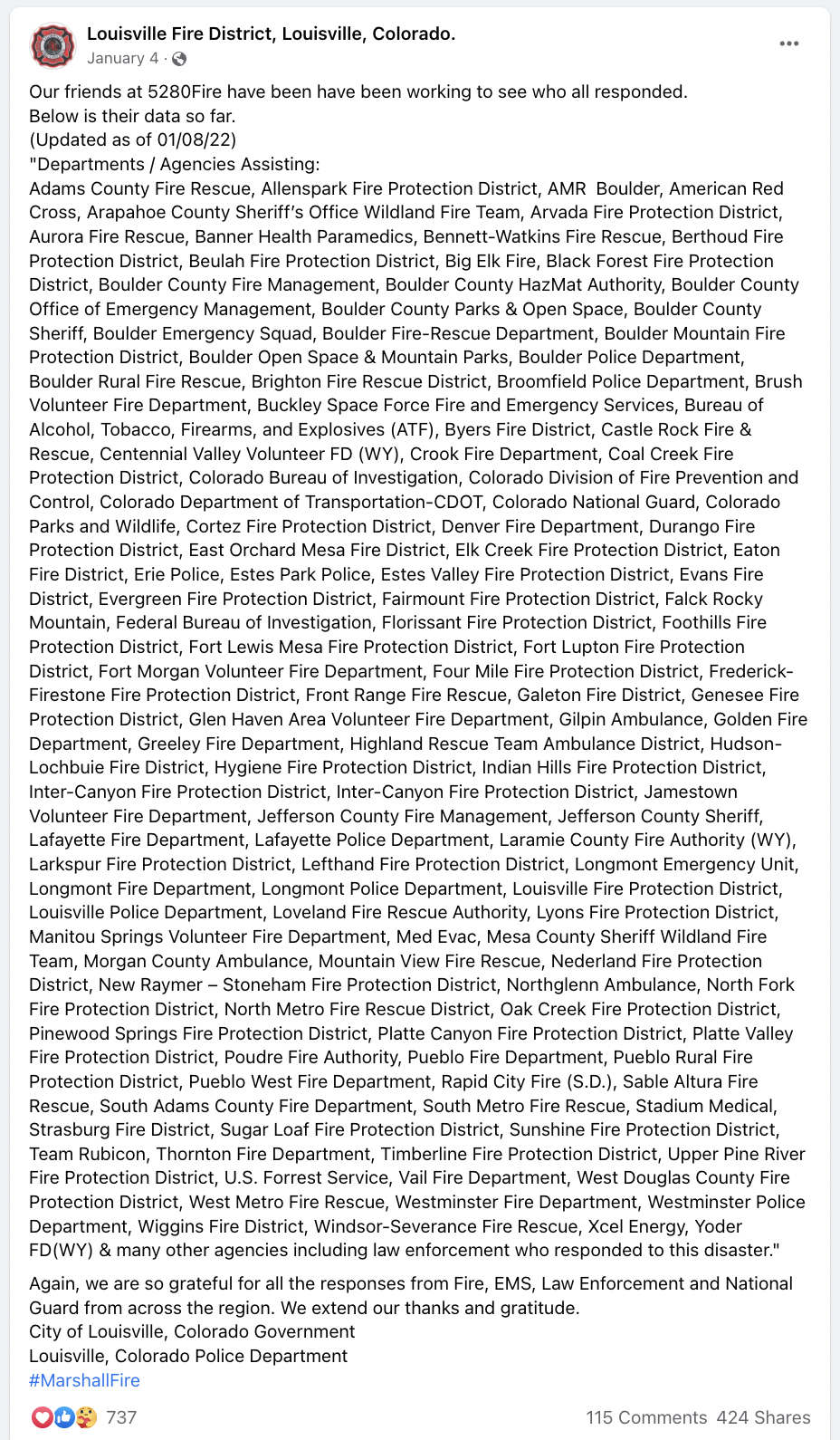 After the last two years of intense stress for Americans and the world, we had decided this year’s covers would be ‘The Heroes.’ We want to showcase nurses, teachers, journalists, and individuals who have performed heroic acts in their communities over the last two years (and we will be asking for your nominations as well). We were all set to lead with nurses for this first issue of the year when the Marshall Fire changed everything. I knew we had to shift gears and feature the firefighters who risked their lives to help save ours.

If you talk to them, I have not met one who was comfortable with our use of the term Heroes. They all insisted they felt like they did not do enough, they all felt the desperation of feeling helpless against something so big, and they all wanted me to know there were many others out there doing heroic work. From the police officers helping people get evacuated, to residents who risked their own lives to save their neighbors, to the city employees at the water-treatment plant who made the heroic decision to go back and release untreated water so there was enough, they all expressed how they felt they had not done enough.

Yet, while we were out in front of the Louisville Fire Station doing the photoshoot, cars drove by tooting their horns the entire time. Certainly, the community sees them as heroes. 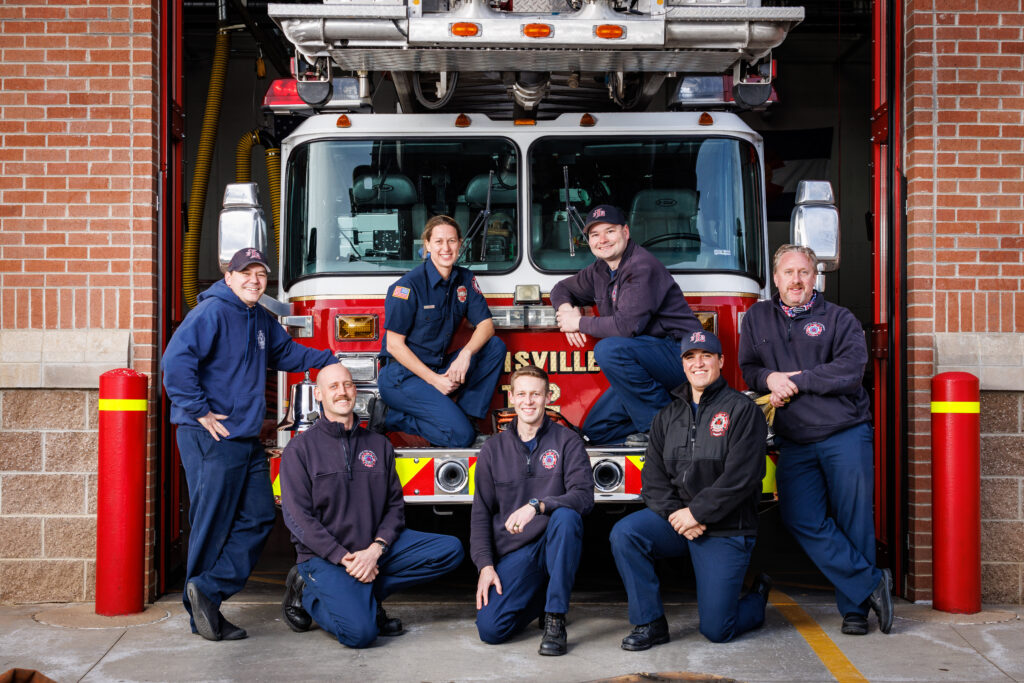 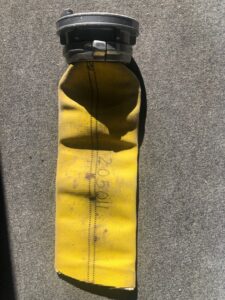 The photoshoot has special significance as well. The hoses the firefighters are standing among are the hoses they had to leave behind. They started the day on the move. Many of them were in Boulder until it quickly became apparent the Marshall Fire was spreading at breakneck speeds. They tell me they grabbed what snacks they could, but for the most part, they did not have time to eat or even think about eating.  Heartbreakingly, they ended their 16 and 24-hour shifts by cutting the hoses from the trucks so they could escape when it became clear they could no longer stay to fight the fire. The hoses they are standing among were the hoses they had to leave behind but were able to retrieve after the fire was out. 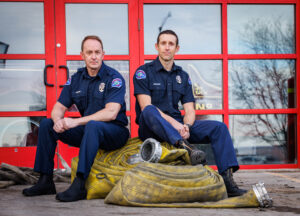 Patrick Kramer is the Public Information Officer for the Longmont Fire Department. It was his images that went viral. As he relays his experiences with the Marshall Fire to me, I feel the tears swell up in my eyes. Louisville Fire Chief John Willson and Mountain View Fire Protection District Chief Dave Beebe also caused me to choke up on our calls. Having lived here for 30 years, and the fact Yellow Scene Magazine started because of all the new homes built in East County, I felt a deep sense of responsibility. We exist because of those neighborhoods. To hear them relay this monumental disaster to me as front-line workers created a deep sense of connection to my community, neighbors, and them. To have the honor to share their stories is not taken lightly. 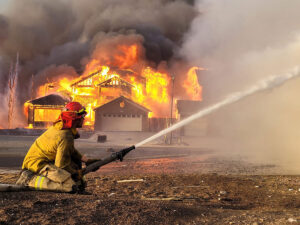 He tells me, “When I arrived down there, I knew it was unprecedented. I knew that this was a historic event, and I knew I had to document it as a former journalist. I didn’t take away from taking care of my crew and fighting the fire, but I did take time for 30 seconds here and there to document it. I have seen a lot in my 19 years as a firefighter, but nothing like this.”

Every single firefighter expressed this sentiment, that they had trained for disaster and had systems in place, but the sheer magnitude of the 100 mph winds made this a fire they had never seen in their lifetime. Nor want to ever see again.

“I thought it was going to take all of Louisville.”

Firefighter Billy Masterson, Longmont Fire Dept. lives in Louisville so fighting this fire involved years of memories as well. He reiterates what it was like out there; “there is dust in your eyes and just the inability to see, that was one of the hardest parts because as we got there when the fire was just starting, you couldn’t see at all. So getting back into the engine and trying to get out of there, I couldn’t even physically see my hand. I think that was one thing that is always going to stick with me, I can’t see it.”

Masterson continues, “I think about how many different dispatch centers and different units, different agencies, police, fire, EMS, all these other agencies working together and just all of that on one giant Dispatch Comm Center, working to break it up in divisions and groups. And so the people at the top command that were making those decisions, that amazing job, making sure that everybody could at least talk. I mean, there were times that we didn’t even know where we were assigned to, sometimes so we just had to do our best and make the best decisions we could.  My cousin is a firefighter in Illinois, he was telling me that he was listening to the dispatch. One thing he said, “I’m never gonna forget I heard somebody on the radio, just on the main dispatch channel say hey, dispatch, I don’t need you to tell me another time. I know it’s on fire because they’re all on fire.”

And he just in his mind, that’s when it clicked that, “oh my God, this whole town is burning.”

Speaking with Officer Caitlyn Holl of Broomfield Police Department, she also describes her role as, “nothing compared to the boots-on-the-ground.” She goes on to say; “Officer Gomez was in the car with me, she’s the one who shot the video. We were running two-man cars and it was surreal. I’ve been an officer for about five and a half years, and in the academy, they never teach you or prepare you to work in a fire like that, at least not for us as police officers. Then once it started to get darker, just driving around and just seeing the different areas that were on fire. It truly looked like a scene from a movie or a war. The fire was so close to me. The flames came right up to our car and we were really scared for a minute, thankfully we got out of there.” Officers Gomez and Holl’s video was played on most of the news channels as they raced through the streets with houses blazing around them.

“The flames came right up to our car and we were really scared for a minute, thankfully, we got out of there.”

Erie Police Department, Public Information Officer, Amber Luttrell, responded to us about her role in amplifying the communications coming out of the Marshall Fire and Boulder.

“Oh, yeah, okay. Now, I don’t want you to mention any of that, I was just doing social media. It’s very trivial compared to boots-on-the-ground experience.”

Erie PD Seargent Robert Vesco goes on to describe his role that evening at 5 pm.

“All of the evacuations at that point had already been completed. So my role was serving as like a rover throughout the city of Louisville. Things like if a citizen did happen to need help out. I was in the immediate area to help with that. As for the other area officers, and then also to make sure people that weren’t in there, you know, we did have people come in and try and take photos that don’t live there, keep looters out, trying to make sure that everything was clear so the firefighters could do what they needed to do.  For the people who wanted in, there just wasn’t much to see or do but look at complete devastation.”

“I wish I knew which firemen saved my house and most of my street, so I could personally thank them. Their service was indescribably extraordinary!”

I know I am not the only one who feels that connection. I think we all do. I have to wonder if their uniform represents more than fighting fires, maybe we are processing our grief through those uniforms.