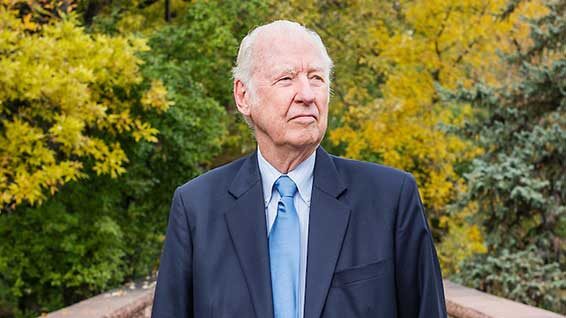 Life may finally be moving forward as Boulder drops mask mandates for public indoor spaces and schools. President Biden has stated ending mandates across the country though, may be “premature.” • A benefit concert is to be held on February 28th starting at 7pm to help those who were impacted by the Marshall Fire. The virtual show will charge $10 for access and is presented by AEG. Feature artists include Nathaniel Rateliff, Dave Matthews, Lyle Lovett, and Steve Miller. Other musicians performing are Ryan Tedder (OneRepublic), Trey Anastasio (Phish) and Big Head Todd. • Task Force Boulder continues its resettlement program for Afghan refugees. To volunteer time or financial resources visit the Task Force Boulder Facebook Page. If you can offer free housing, contact TFBoulder@gmail.com. • Metairie, La., based DRC Emergency Services, LLC has been chosen for the removal of debris caused by the Marshall Fire. Removal may begin March 1st. • Former Denver Broncos player Justin Lewis Bannan has been sentenced 16 years in prison for attempted murder in 2019. The victim’s name is being withheld to protect their identity. • Three were injured in a rollover crash of a stolen vehicle on Pecos Street. All three of the individuals involved in the accident were taken to the hospital and remain in serious condition. • As tensions continue to rise on the Russia-Ukraine border, Russia has shifted its tone about the situation. Officials have said talks between Russia, the U.S., and NATO are “far from exhausted.” • CU Boulder has approved the 2021 Campus Master Plan. The plan includes decongestion of Main Campus, development of research facilities for east campus, and diversification of uses for public spaces. • Boulder’s R.C. “Merc” Mercure has died at 90 years old. Mercure was a pioneer in aerospace technology who founded the Ball Aerospace & Technologies Corp. • Senator Steve Fenberg (D-Boulder) has been chosen as the new president for the CO Senate. Fenberg graduated from the University of Boulder and was first elected to the Senate in 2016. • A CO man’s stolen Spinosaurus claw fossil has been recovered and returned to its owner. The claw was stolen during Tucson, Arizona’s annual Gem and Mineral show on January 30th. • Matthew Daniel Marton, the primary suspect in the University Hill shooting, has also been linked to an attempted carjacking on Flagstaff Mountain. • Steven Manning, 53, has been identified as the man found dead in a tent on Aspen Ridge Drive. • A 77-year-old woman collided into a tree at at the Eldora Mountain ski resort. Members of the Eldora Ski Patrol, Nederland FD, LifeLine Air Ambulance and American Medical Response all attempted to assist, yet she was pronounced dead at the scene. • Mental Health Partners, a private nonprofit serving BOCO, has closed its weekend walk-in crisis centers and reduced weekday hours due to staffing shortages. The changes went into effect February 6. • Hundreds of Douglas County students walked out of school on February 7th to protest the firing of Superintendent Corey Wise. The 4-3 decision was made by Douglas County School Board.

“Despite those positive trends, not all the news is good. The number of COVID-19 deaths in Boulder County continues to increase and, although hospitalizations are decreasing, new COVID-19 cases continue to add strain to the county’s already over-taxed health care providers.”
– BCPH Executive Director Camille Rodriguez

“We’re planning for and building the campus of the future, and this comprehensive plan will help ensure good stewardship of campus resources as we enhance teaching and research through our facilities for decades to come.”
– CU Boulder Chancellor Philip DiStefano on the further development of CU Boulder

“We obviously have some big challenges ahead. Hundreds of bills still to pass, a historic and monumental budget to get across the finish line, an unprecedented opportunity to transform the state of Colorado on so many issues. And, of course, we have an election to win in November. There’s too much at stake for us to slow down or retreat or get distracted.”
– CO Senate President-Elect Steven Fenberg on the state government’s plans for the future of CO

“It’s more about finding someone who better aligns. It’s just what we want with this district is different.”
– Douglas County School Board Member Kelly Winegar on her reasoning for voting to fire Corey Wise

“You all have the votes to do what you want to do, have the integrity and the honesty to come together and make those decisions publicly.”
– Douglas County School Board Member Susan Meeks on the school board’s firing of Corey Wise

structures destroyed by the Marshall Fire

is the estimated range for the amount of housing damage