A dark money group has set up shop to funnel big money into Erie’s municipal election in support of candidates who want to relax the town’s oil and gas rules.

Erie for a Strong Future (EFSF), an independent expenditure committee formed on March 11, said in its registration paperwork that it is supporting mayoral candidate Kelly Zuniga and two Board of Trustee Candidates, Ryan Kenward and Jeff Haverkate.

Katie Kennedy’s likeness is unable to be found online

The group was formed by Katie Kennedy, who is the registered agent for 86 different political committees across the state, according to records from the Secretary of State’s Office.

Kennedy did not respond to Yellow Scene Magazine’s request for comment. 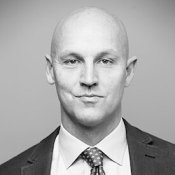 Another firm, 76 Group, which includes veteran Colorado lobbyists Jake Zambrano and Josh Penry, both of whom have deep ties to Republican politics and the oil and gas industry, has been active in Erie recently. The group conducted a push poll in Erie for the Trustee seats. Election records show Penry is a veteran of Aurora Mayor Mike Coffman’s campaigns for a seat in the House of Representatives and Zambrano’s clients include oil and gas operators in Erie like Extraction Oil & Gas, LLC.

YS also reached out to the Zuniga, Haverkate, and Kenward campaigns for comment about their relationships with EFSF and whether the candidates believe dark money groups should be influencing small-town elections.

None of the campaigns responded to YS requests for comment at press time.

Independent expenditure committees are used when one or more persons make contributions in excess of $1,000 for political purposes. This structure also conceals the donors that give to the committee. The committees must also have a physical address for their principal place of business, and EFSF chose the UPS Store at 3336 Arapahoe Rd. in Erie as its home base, according to its registration paperwork. While these campaigns are prohibited under state law from coordinating donations with individual candidates, they often spend money on other forms of support such as advertising and yard signs.

Meanwhile, the candidates EFSF supports have already outspent their competitors by nearly two-to-one. Zuniga, Haverkate, and Kenward altogether claimed a total of $20,655 in expenditures for their campaigns, according to their campaign finance documents. For comparison, the other five candidates on the April ballot have spent just under $12,000 collectively, with more than $7,300 of that coming from Justin Brooks’ campaign for mayor.

While it is nearly impossible to know for sure who is funding EFSF, there are signs of what the group is seeking to gain by influencing Erie’s election. Erie voters will elect three new Trustees to its seven-member Board and a new Mayor on April 5, making it one of the most consequential elections in recent years. The town’s operator agreements that were signed with multiple oil and gas companies are also set to expire in 2023. More broadly, oil and gas groups have also been clamoring for opportunities to walk back the regulations imposed under Senate Bill 19-181, and a recent spate of cases sheds some light on what regulations they may be after.

The issue that is on the top of many oil and gas operators’ minds is repealing or exempting the new rules set forth in SB19-181. The bill not only gave local governments more power over oil and gas development, but it also changed the mission of the Colorado Oil and Gas Conservation Commission (COGCC), the state agency responsible for overseeing the industry. Before SB-181 was passed, COGCC had never denied a permit for an operator to drill a new well in the state. Once it became law, COGCC was reorganized to prioritize the “protection of public safety, health, welfare, and the environment,” with the first permit to ever be denied occurring with the recent Firestone hearing.

The Board of Trustees provides one way for oil and gas operators to get around these new regulations. The body could vote to exempt the town from SB-181’s orbit altogether as the Delta County Board of Commissioners did back in 2019. It could also ease the interpretation of regulations that are already on the books such as the town’s setback requirements.

“The reason the industry hates SB-181 is that they can go to Weld County and get their permits approved every day and twice on Sunday, but it gave other places the ability to say “no” if they want to,” Mike Foote, an environmental lawyer and former state Senator who helped write SB-181, told YS in an interview.

Erie’s Board has also been moving in the opposite direction that many oil and gas operators want. It has passed several air quality ordinances that go above and beyond the new regulations set forth in SB19-181, enacted more stringent land development processes, and recently updated the reciprocal setback requirements for abandoned wells.

All three candidates supported by EFSF have also been endorsed by Erie Trustee Brandon Bell, who has voted against increasing air quality monitoring and has spoken out about increasing Erie’s oversight of oil and gas operations, according to posts made on his Facebook page. In one post from May 12, 2021, Bell said he voted against more monitoring because he thought the city was “giving a sweetheart deal” to a favored company.

Bell has also been a vocal supporter of former Erie former Board member Dan Woog, who was supported by energy groups such as SRC Energy, Four Corners Petroleum, and Oil States Energy during his run for Mayor in 2018, according to one of Woog’s campaign finance filings. Woog currently represents state House District 63 in the General Assembly. 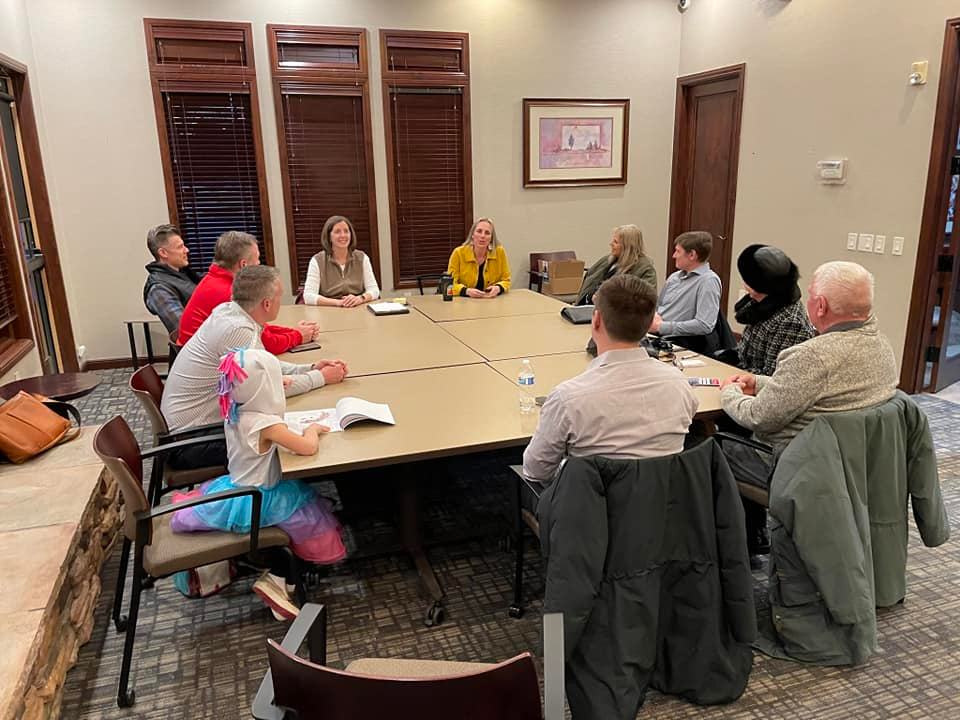 Miguel Zuniga, Kelly’s husband and registered agent for her campaign, also posted a post on her Facebook page of all of these parties meeting together earlier this year. Miguel also donated to Woog’s campaign for Trustee in 2018, campaign finance documents show.

Some of the candidates supported by EFSF have also expressed support for relaxing some of Erie’s oil and gas rules. For example, Zuniga, who chairs Erie’s planning commission, expressed concern that the updated reciprocal setback requirements that were adopted in mid-December would “stifle potential future growth and development,” in Erie, according to a staff report on the adopted ordinance.

Many climate groups think oil and gas companies are becoming increasingly interested in small-town elections because they want to create a more favorable permitting process. Foote said nearby Broomfield and Firestone provide great examples of some of the tactics these groups have used.

Members of Firestone’s planning commission last year denied a permit from a subsidiary of Occidental Petroleum for a new drilling site that sought exclusion from the state’s 2,000-ft. setback rules. Firestone’s planning board initially denied the request, but the town council approved it. An appeal was filed with COGCC, who denied the permit.

Foote said one reason why the permit was denied was that Occidental had offered Firestone a blatant quid pro quo wherein the company would give the town a 78-acre parcel of land in exchange for the permit. The oil and gas company argued that its permit checked all of the appropriate boxes for approval. Foote said that the case was largely a test by oil and gas companies to see what they can get away with.

A similar situation played out in Broomfield nearly three years ago where tensions between oil and gas operators and the local community resulted in the election of five anti-drilling candidates to City Council. After the defeat, oil and gas groups started spending money on candidates in other nearby towns such as Thornton and Greeley, according to a report by Colorado Public Radio.

Andrew Forkes-Gudmundson, the deputy director of the League of Oil & Gas Impacted Coloradans (LOGIC), told YS in an interview that SB-181 hasn’t proven to be as air-tight as many climate groups hoped it would be, but the bill is still successful.

“The COGCC has made it crystal clear that they are going to give a lot of deference to local governments throughout their permitting process,” Forkes-Gudmundson said. “If a local government is against a permit and can defend its position, the COGCC has said it is willing to work with that local entity.”

Forkes-Gudmundson said the timing of EFSF’s appearance in town is important to consider as well. Erie’s operator agreement is set to expire in 2023. These agreements were struck between the town and local oil and gas companies that required the parties to find a “balanced approach to oil and gas development that is protective of human health, safety, and welfare, as well as the environment and wildlife.”

Erie residents fought back against Crestone’s new agreement shortly after it was signed. Erie Thriving, a grassroots organization, sued Erie in response to the town’s approval of an operator agreement with Crestone that included a 30-well pad site known as Acme. A judge ruled in favor of the new agreement in February 2020, saying the agreement was “rationally related to the legitimate governmental purpose of regulating oil and gas development,” according to a report by Colorado Hometown Weekly.

It also seems like energy companies are using gas prices as a bargaining chip to get their way, Forkes-Gudmundson said. According to COGCC records, oil and gas operators are sitting on nearly 3,000 well permits with 93 permits filed in Weld County alone. Meanwhile, the American Automotive Association reports that the average price of a gallon of gas in Colorado reached a 12-month high of $3.97 as of March 16 while the national average stands at $4.03.

According to a report by Colorado Newsline, some energy companies are intentionally holding back on production and are instead choosing to spend money on stock buybacks and increasing dividends for investors.

Getting rid of the operator agreements is one step toward creating a local government structure that could approve oil and gas permits “quickly and efficiently,” he added.

Despite the behind-the-scenes activity, community members say there seems to be a coordinated disinformation campaign operating in Erie’s community Facebook group that supports EFSF’s aims. The group has more than 13,000 members even though Erie has just over 30,000 residents, according to the latest census, making it an influential source of community information.

A website first appeared on the Erie community page on February 21, which aimed to discredit a candidate in the race, and was amplified by Republican political operative Lesley Hollywood, who organized the Second Amendment group Rally For Our Rights, and is currently doing work for the Michael Stapleton town council campaign in Johnstown. Hollywood does not live in Erie, according to her Facebook page. Hollywood is also listed as owning Modern Media Management, a web and social media company, but her website is listed for sale.

The day before the website was posted, the candidate received a message from Zuniga saying the two should put out a “joint statement” condemning the negative campaigning that was taking place.

All information is taken from the Town of Erie candidate filings:
https://www.erieco.gov/386/Election-Voter-Information

Update to include recent mailer sent to all Erie voting households paid for by Housing for Colorado IEC, 9033 E. Easter Pl., #200, Centennial CO, 80112 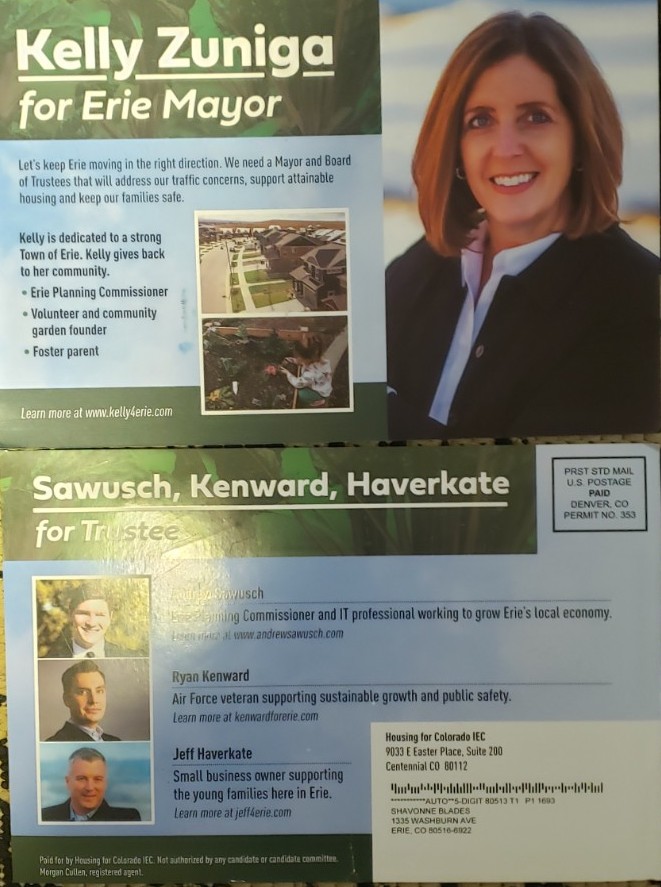 Correction: A previous version of this story misstated Katie Kennedy’s profession and clients.

Erie’s Acting Town Administrator: Presentation to the Board of Trustees [Transcript]

Will the COGCC approve a fracking site the size of five Walmarts?