DENVER (April 12, 2022) — Following Clean Air Act requirements, EPA is proposing to reclassify the Denver Metro North Front Range area (DMNFR) from a “Serious” to a “Severe” nonattainment area for the 2008 National Ambient Air Quality Standard (NAAQS) for ground-level ozone, or smog.  EPA is also proposing to reclassify the DMNFR from a “Marginal” to “Moderate” nonattainment area for the 2015 ozone standard.  The proposed reclassifications would require the State of Colorado to apply more stringent air quality measures to sources across the area.  Under the “Severe’” reclassification, these requirements include the use of reformulated gasoline in summer months and a reduction of the threshold requiring control measures on emissions sources from 50 tons per year to 25 tons per year. Ozone-forming emissions include volatile organic compounds (VOCs) and nitrogen oxides.

EPA’s proposed reclassifications are based on a scientific evaluation of certified, publicly-available air quality monitoring data for the years 2018 – 2020 indicating the DMNFR has failed to meet the 2008 and 2015 ozone standards within the timeframes required by the Clean Air Act. Compliance with national air quality standards for ground-level ozone are based on the calculation of a three-year rolling average of the 4th highest maximum annual concentrations in a geographic area, called a design value under the Clean Air Act. The current design value for the DMNFR area, based on monitored ozone concentrations between 2018-2020, is 81 ppb.   The 2008 ozone standard is 75 parts per billion and the 2015 standard is 70 ppb.

“Ground-level ozone remains one of the most challenging public health concerns we face, affecting large numbers of Coloradans and their families,” said EPA Regional Administrator KC Becker.  “EPA’s proposed Clean Air Act reclassification for the Denver and North Front Range will make sure we are leveraging all available measures and resources as we move forward to reduce ozone pollution with the Colorado Department of Public Health and Environment and all our partners.” 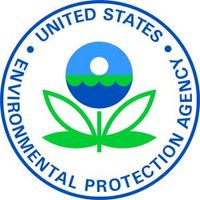 EPA’s proposed action is part of a set of national determinations regarding whether areas have met the 2008 or 2015 National Ambient Air Quality Standards (NAAQS) for ground-level ozone, or smog.  EPA is proposing determinations regarding the air quality progress of seven nonattainment areas classified as “Serious” for the 2008 ozone NAAQS, while also proposing similar actions for 31 nonattainment areas classified as “Marginal” for the 2015 ozone NAAQS.  For areas not meeting the ozone standards, today’s proposals outline new timeframes and next steps for states to take to improve air quality.

Ground-level ozone is not directly emitted to the air; it forms when pollutants emitted by cars, power plants, a wide range of industries, and other sources chemically react in sunlight. Ozone is most likely to reach unhealthy levels on hot sunny days in urban areas, but it can still reach high levels during colder months. It can also drift long distances and harm air quality in rural areas.

More than 79 million Americans, including those disproportionately burdened by ozone air pollution and other sources of pollution, live in areas that do not meet national air quality health standards for ground-level ozone, or smog.  Today’s proposals are the latest in a series of actions EPA is taking to improve air quality and public health under the Clean Air Act. EPA recently proposed stronger standards to reduce pollution from heavy-duty vehicles and engines, and also proposed a federal plan to cut pollution from power plants and industrial sources that significantly contribute to unhealthy levels of smog for millions of Americans who live downwind. 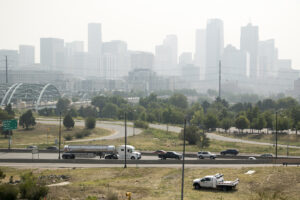 EPA is required to undertake this rulemaking under the Clean Air Act to ensure that smog-affected areas expeditiously meet health-based air quality standards for ozone. For areas being reclassified – for example, from “Marginal” to “Moderate” or from “Serious” to “Severe” – the Clean Air Act requires that states implement additional measures to protect public health and to submit new plans to demonstrate how the area will attain as quickly as possible. Additionally, many areas across the country have had success with localized tools and approaches to improve ozone air quality.  EPA will continue to work collaboratively with its state partners to ensure these measures are implemented to protect clean air for all communities.

Since the implementation of the Clean Air Act, the combined emissions of criteria and precursor pollutants have dropped by 78%, while our economy has grown more than 270%.

Key steps and background for these proposals: