This story is brought to you by Ouray County Plaindealer via AP Story Share. It was written by Mike Wiggins. You can learn more at ouraynews.com

OURAY – A state water court has granted a pair of applications that will ultimately allocate more water to the Ouray Ice Park, a key step toward providing a guaranteed water supply for a vital component of Ouray’s winter economy and allowing the ice park to expand. 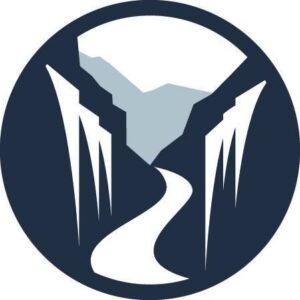 The granting of the conditional water rights was the lynchpin in an arrangement among the city, the mine and the ice park. The mine agreed to lease to the city a portion of its water rights that are currently decreed to the Revenue-Virginius Mine, with the city paying $1 a year for the lease for a 10-year term that can be renewed. The ice park will manage the lease.

The ice park has spent the last few years identifying ways to obtain more water. It currently uses overflow from the city’s water tanks to farm ice in the park, but once water levels in the tanks drop below a certain threshold, the park’s water access is cut off. Drier winters, growing water demand from the city and aging infrastructure have made it difficult for ice farmers to keep up with the increasing usage of the park.

Ice park managers had initially planned to build a 3-mile water line along County Road 361 and use the city’s water rights to obtain water from Weehawken Creek. But that project carried a $3 million price tag and a lengthy timeline for completion, given that the pipeline would have crossed U.S. Forest Service and private land.

Instead, mine officials proposed donating the conditional recreational water right to the park, noting the mine wasn’t using that water. The mine has access to close to another 3 cfs as part of its water right. Water will be pumped out of Canyon Creek into the park. The revised project is expected to cost around $1 million.

The ice park currently uses about 350 gallons a minute to create ice in the Uncompahgre Gorge. The water right from the mine will provide three or four times that amount. And more water should allow for the creation of another 25 to 40 climbing routes, joining the roughly 150 routes that already exist in the park.

“We’ll have more than enough water now,” Ice Park Executive Director Peter O’Neil said. “The biggest issue is making sure we have cold enough temperatures, but when we do, we’ll be able to make ice like a maniac.”

The court’s approval of the permits allows O’Neil to ramp up fundraising efforts to pay for the project. He’s already received contributions from Great Outdoors Colorado and the Gates Family Foundation and a group of private donors, and the Telluray Foundation has pledged money as well.

He said he plans to launch a capital campaign in the next week or two asking the ice climbing community to match funds provided so far by the various groups.

With the water rights in hand, the plan now is for the mine to hire a contractor to drill a well in Canyon Creek just upstream from the confluence with the Uncompahgre River and install a vertical turbine pump in the bottom of the creek. Water can then be pumped into the gorge and the pipeline in the park.

O’Neil said the timing of the pump installation depends on flows in Canyon Creek. He’s hoping to do it either late this spring or early in the fall. The goal is to have the project finished in time for park employees to start farming ice using the new system in the fall of 2022.