DENVER – Friday, May 20, 2022 – Utilizing an infusion of additional federal resources resulting from the COVID-19 pandemic, Denver concluded its second 100-day housing surge earlier this month to rehouse persons experiencing homelessness. A total of 359 households, including 597 individuals, were placed into housing. 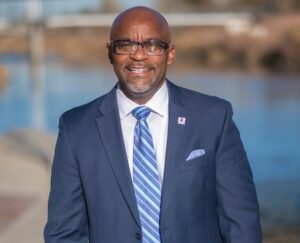 “Denver’s network of shelter services partners do an incredible job, day in and day out, at delivering house keys and a brighter future for individuals facing episodes of homelessness,” said Mayor Michael B. Hancock. “With two successful housing surges behind us, we’re not only placing more people into housing, we’re also fostering innovations that will make a lasting impact going forward.”

Just over 100 days ago, Mayor Hancock and the Department of Housing Stability (HOST) launched the surge with a goal to get 400 households experiencing homelessness housed in 100 days. While the effort fell slightly short of meeting this stretch goal, gains were made over the first surge held last fall. Twenty-one more people were housed as compared to the first round, including a significant number of individuals who moved from unsheltered homelessness to housing. Case managers and street outreach teams placed a total of 90 households into housing from settings that included Safe Outdoor Spaces, unauthorized encampments and other unsheltered locations, exceeding their goal of 75 unsheltered households.

A broad coalition of nonprofit and homeless service partners worked on the housing surge, with the support and coordination of Metro Denver Homeless Initiative, Community Solutions, and Homebase. The city also leveraged the voter-approved Homelessness Resolution Fund to expand an existing contract with the Colorado Coalition for the Homeless to provide housing units from their own portfolio and to help identify private landlords willing to participate. The housing surge is part of Mayor Hancock’s economic recovery package.

For more information on other housing resources available to Denver households, visit Denvergov.org/housing.