Denver University’s Ready for American Hospitality (RAH) program prepares immigrants and refugees for their new life in America in some unexpected ways.

Ishaq Shokori’s life was completely upended after the U.S. army withdrew from Afghanistan last year. As the vice president of a logistics company that helped move military equipment, Shakori was a wanted man. Because of Shokori’s work, the U.S. government gave the 41-year-old Afghan father of two and his family a special immigrant visa and relocated to the U.S. in August 2021.

After spending months crisscrossing the country between military bases while in the federal resettlement pipeline, the family settled in a home just outside of Lakewood, Colorado. Now that he has a more foundation underneath him, Shokori says he is ready to build relationships with his new community, and a program that is designed to help prevent refugees like himself from being displaced is helping him do just that. 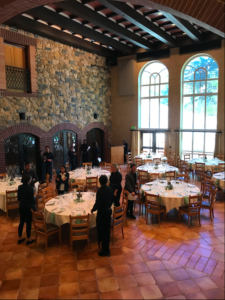 Shokori is one of the participants in Denver University’s (DU) latest cohort of its Ready for American Hospitality (RAH) program. The program teaches immigrants and refugees job skills to help them succeed in the hospitality industry. Program managers describe it as a safe place for refugees to work alongside people from different cultures while university students gain invaluable experience in managing diverse workforces. Now in its 10th year, the program is looking to make a bigger impact as the U.S. prepares to welcome more refugees from around the globe.

“We are working to change the lives of every student who comes through RAH and those who attend the Fritz Knoebel School of Hospitality Management,” David Corsun, who is in his 15th year as the director of the Fritz School, told Yellow Scene Magazine in an interview. “In turn, they go out and change the lives of other people. I think that’s the real culmination of this work.”

RAH started in 2012, Corsun said, after the African Community Center (ACC)—one of the three refugee resettlement agencies in Colorado—approached DU’s Center for Community Engagement to Advance Scholarship and Learning about piloting the program. The organization also reached out to Corsun’s assistant and asked about using space in Fritz for the program, and the idea seemingly grew roots from there.

According to RAH’s website, DU students who participate in the program become mentors to refugee participants. Student mentors guide their refugee protégés through the application, selection, and training process. Refugees who are selected to participate in RAH are then taught job skills for both back-of-house and front-of-house tasks like prepping meals or serving tables. Students are expected to manage teams of refugee workers throughout the five-week course. The culminating event of the program is a fine dining experience that is hosted by the RAH cohort.

Cheri Young, who teaches human capital management courses at Fritz, said this process serves two purposes. First, it introduces students and refugees to each other which often results in the two building a relationship outside of the mentor-protégé spectrum. Young adds that several refugees have come to know their student mentors as their “first American friends” because of this setup. It also helps teach students unique communication skills, patience, and greater cultural awareness, she adds.

“This program is designed to put students in situations where they have to learn the skills to manage a workforce that is so incredibly different from themselves,” Young told YS in an interview. “It’s a naturally challenging environment for them. But after a while, they begin to learn that there are commonalities that tie us all together.”

The program hit its first hiccup in 2014 after the U.S. State Department redirected funding away from resettlement agencies like the ACC to address the sharp influx of unaccompanied migrant children traveling through Central America to the U.S.-Mexico border. According to a report from Vox, more than 65,000 unaccompanied children crossed the border that year, a 77 percent increase from 2013.

In response, Corsun said he raised funds through a grant from the Carlton Hilton Foundation to continue RAH for an additional two years. Since then, the RAH program has raised an endowment of more than $1.5 million and its kitchen has hosted 10 James Beard Award-winning chefs, including Bryant Terry, who is currently a visiting scholar at the University of California at Berkeley, and Alex Seidel, the chef-owner of Mercantile Dining & Provision at Denver’s Union Station.

RAH has also been instrumental in helping refugees find employment after graduation. More than 86 percent of participants have graduated from the program and another 90 percent of graduates hold employment for at least 90 days, according to RAH’s website.

For refugees like Shokori, RAH represents a soft landing during a time of great turbulence in his life.

“RAH really saved me,” Shokori told YS in an interview. “Without this, I’m not really sure where my family and I would be right now.”

Employment assistance programs like RAH have become a staple in the federal resettlement pipeline as resettlement funding waxes and wanes with each political administration.

For instance, Barack Obama raised the number of refugees the U.S. would resettle to more than 110,000 during his final years as president. Conversely, Donald Trump slashed the resettlement figure in 2020 to 15,000, the lowest total ever recorded. President Joe Biden has committed to reversing those cuts by welcoming more than 125,000 refugees, including more than 70,000 from Afghanistan, during the first fiscal year of his presidency.

Funding for resettlement programs has been just as unstable. During Obama’s last years in office, the federal government spent more than $1.56 billion to resettle global refugees. Trump slashed that budget to $365 million during his last year, an 87 percent year-over-year decrease. Meanwhile, Biden’s proposed resettlement budget for fiscal year 2023 includes a $6.3 billion appropriation for the Office of Refugee Resettlement, which is responsible for coordinating resettlement programs and distributing grant funding.

Jessi Kalambayi, a case aid for public benefits at ACC, told YS in an interview that the inconsistent funding for programs like RAH is not representative of the demand for the agency’s services. The U.S. has welcomed more than 70,000 refugees from Afghanistan since August 2021, according to federal data, and could welcome as many as 100,000 refugees from Ukraine.

These refugees will need the same support as refugees who are already in the resettlement pipeline, despite resettlement agencies dealing with workforce shortages and the skyrocketing cost of living nationwide, Kalambayi said. This has forced many agencies like the ACC to get creative with how the serve their refugee clients.

“A lot of refugees arrive in America with extensive skillsets that are undervalued because of linguistic limitations,” Kalambayi said. “Oftentimes they are discriminated against if a refugee can’t speak with an American accent or form a complete sentence in English. That’s why programs like RAH are so valuable. They give refugees a chance to show off their skills and connect with the right people that can hopefully help them get on the right track.”

“[RAH] ought to serve as a model for hospitality and business schools in other cities.”

Members of the federal government, representatives from the United Nations, and national resettlement nonprofits have all praised RAH for providing a critical resource to refugees in the Denver metro area.

In 2017, Anne Richard, the former secretary of state for Population, Refugees and Migration under the Obama Administration, told RAH administrators that she was “deeply impressed” by the program and its impact on local refugees.

“The RAH program’s success in helping refugees to land jobs and become self-sufficient is remarkable,” Richard told Corsun in an email. “It ought to serve as a model for hospitality and business schools in other cities.”

This year, more than 30 representatives from 15 countries toured the program at the end of March as part of the U.N.’s Working Group on Resettlement project, a forum for international agencies, governments, non-governmental organizations, and refugees to discuss and advance refugee resettlement issues.

“[Programs like this] are critical,” State Department representative Larry Bartlett, director of refugee admissions for the Bureau of Population, Refugees and Migration, said during the visit. “Refugees, when they’re brought to the U.S., are given an opportunity to make a new life, but they also have responsibility to really succeed.”

RAH, and similar programs, can also help prevent refugee families like the Shokori’s from becoming trapped in chronic poverty, according to a study from the University of Colorado at Boulder. Refugees often arrive in the U.S. on the lowest socioeconomic rungs and their chances of achieving upward mobility can be hindered by several factors including low wages and struggles to access social benefits for food and housing, according to the study.

Without enough time to adapt to their new surroundings and enough support from resettlement agencies, the study said it can take between 13 and 15 years for a refugee to make a living wage in Colorado. 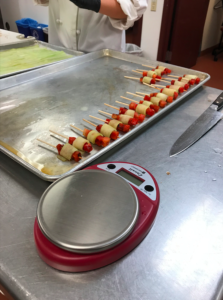 Researchers from Harvard University have also found that structural issues like retrenched resettlement funding can also hinder a refugee’s chances of finding a solid economic footing in the U.S. Other issues include programs that prioritize employment in generally unstable jobs and siloed networks of resettlement agencies.

To Nicole Kreisberg, a postdoctoral fellow at Harvard’s Center for Population and Development Studies, RAH’s focus on mentorship “has the potential to be powerful for refugee occupational integration” because it can help refugees access previously inaccessible fields. RAH is also an example of how ACC has worked to expand its network of service providers and help connect refugees with employment opportunities “with the potential for upward mobility,” she told YS in an email.

A new way to think about work

Despite the myriad benefits that RAH offers refugees, the program is also working to change the way that many restaurants hire new employees.

For example, Young said that RAH is actively teaching its students and trade partners to not interview the refugee workers in a traditional sense. Most restaurant interviews consist of a sit-down with a manager who then peppers the interviewee with questions about the job tasks. This process can be incredibly stressful for people who don’t speak English as their first language, and can prevent skilled people from finding work, Young said.

Instead of conducting interviews, Young said RAH students are expected to put the refugee applicants through a series of skills tests to demonstrate their abilities rather than describing them. Young compares it to riding a bicycle: If you want to know whether someone can ride a bicycle, why not put them on one instead of having them tell you about it?

“It’s one thing to get someone job-ready, but if an employer doesn’t know how to hire that person, then it’s all for not,” Young said.

Corsun said another way RAH is working to change the hospitality landscape is by expanding the network of opportunities for refugee graduates. One of RAH’s industry partners, Sage Hospitality Group, which operates properties like The Elizabeth Hotel in Fort Collins and The Curtis in Denver, has hired the last two cohorts of RAH graduates. That includes both students and refugees alike, Corsun said.

“RAH participants really come to feel at home in the program and with each other because they feel valued,” Corsun said. “In turn, this creates a sense of belonging, something that is really important to us to achieve.”

But the networking opportunities are not limited to program administrators. Refugees like Shokori also have opportunities to make friends with people from different cultures who have had similar experiences resettling in America. He said he’s made friends with refugees from Congo and Ethiopia while in RAH, both of whom he described as “lifelong friends.”

“I can’t wait to graduate and start working,” Shokori said. “This program has given me so much hope.”