Board of Regents candidate reflects on the intersection of cannabis entrepreneurship, racial justice

Wanda James began her career in the cannabis industry after one of her brothers was arrested for selling about $160 worth of cannabis. During his prison sentence he picked cotton at a Texas prison.

“When I found that out, it was just upsetting enough to us to want to be able to start a business,” said the cannabis entrepreneur and candidate for University of Colorado Board of Regents. “We wanted to put a Black face on [cannabis business] and talk about mass incarceration, police brutality, and the effects of the drug war.” 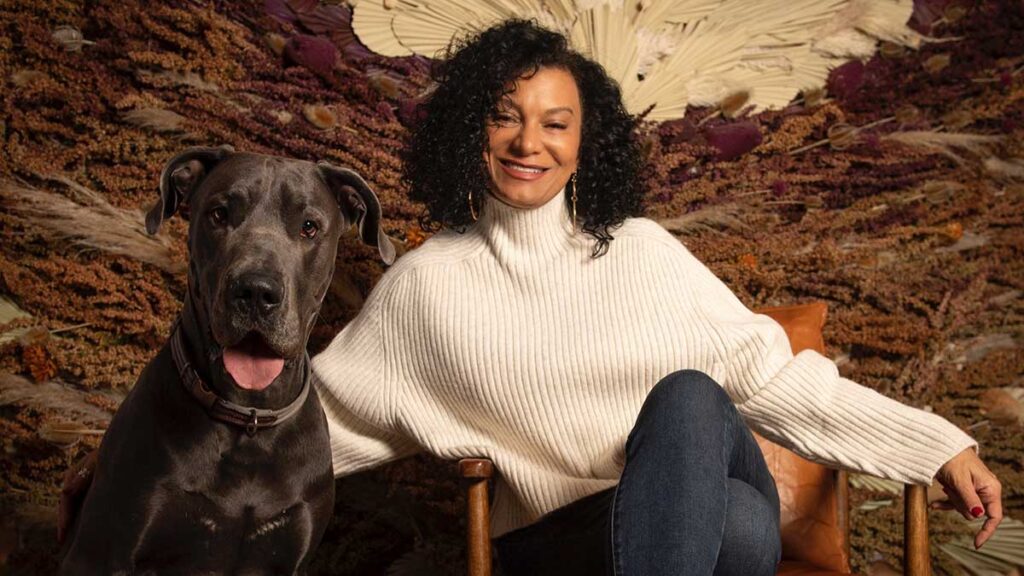 Wanda James and her husband Scott Durrah became the first Black entrepreneurs to be legally licensed in America to own a dispensary, a cultivation facility, and an edible company. Photo courtesy of Wanda James

Ten years after its legalization in the state, dispensaries line most city streets, and the shopping experience is streamlined and resembles any other retail experience. But what about the population that was most adversely affected by cannabis policy?

With Black Americans being 3.64 times more likely than White Americans to be arrested for cannabis use and possession with comparable usage amounts between the groups, the Black population is more likely to be charged with cannabis-related felonies.“It’s why so many people of color do not get an early start on the cannabis industry because early on you couldn’t have a felony in Colorado and participate in cannabis,” James said. “A lot of people of color were left out.”

Access to capital is a main limitation for entrepreneurs of color, and it’s only getting worse as prices skyrocket in the industry. James’ first dispensary cost them about $200,000. Now dispensaries cost millions to start up, James pointed out. “There’s lots of growth available, but big business is going to make it ridiculously expensive.” 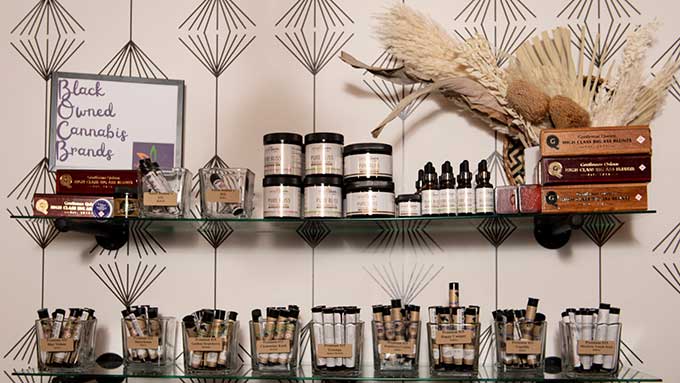 When James first opened her business, it was less of a monetary hardship and more of a legal one. People were still getting arrested and going to jail for cannabis sales when it was first legalized in Colorado.

“That was our biggest concern was to stay out of jail and make sure that everything that we did was legal,” James said. “There’s a big difference when you fast forward to today with what concerns there are and what things look like.”

James’ business was raided. Law enforcement went as far as confiscating all of the merchandise, returning it after they couldn’t prove a crime occurred.

“No one was charged, but it’s still pretty scary when it happens,” James said. 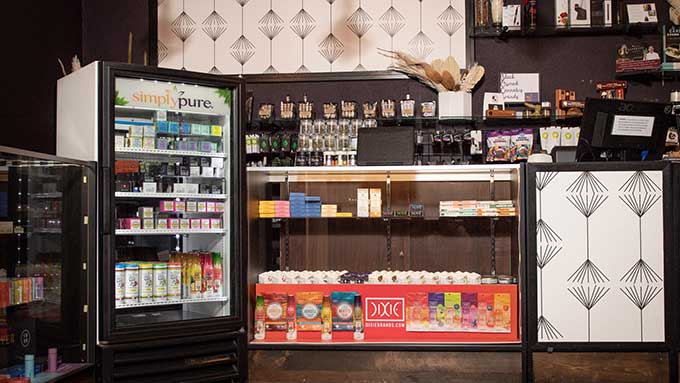 As more people are using cannabis, James hopes that it will normalize its use and consuming cannabis products may someday be as mainstream as drinking beer.

“There will be another decade to get through the reefer madness that still exists in the world,” James said. “That reefer madness was started in part by the war on drugs. Nixon wanted to have the drug war because it took care of Blacks and hippies; the two groups of people he could not stand. It allowed the federal government and local governments to arrest those communities and to break up any kind of organizing and different things that were happening.”

By the ‘80s and ‘90s, police became more militarized and focused on policing inner cities and poor communities of color.

“America has always had a slave labor class,” James said. “Being able to put Black and Brown boys in prison between the ages of 17 and 24 became our slave labor class. It was easy to do it with the arrest of cannabis.”

With conversations around cannabis shifting, old stigmas will be confronted.

“Americans smoke cannabis and always have,” James maintained. “The issues behind legalization have been all the negative marketing behind cannabis that people have come to believe about people who smoke pot. When I think about people who smoke pot I think of Barack Obama, Usain Bolt, Michael Phelps, and Sha’Carri Richardson. It was just such a false narrative and false marketing, and it worked. Now we’re trying to undo 80 years of negative history.”

In Oct. 2020, Governor Polis pardoned Coloradans who were convicted of possession of up to two ounces of cannabis. Although this is a start to give justice to those facing legal ramifications to cannabis use, it’s not a fix-all.

“The ways our laws are written make it difficult to [deliver justice] with just one stroke of the pen, which is another issue in our system that we have to take a look at,” James said. “We are definitely working our way through those records automatically.”

James is the only woman running for a seat on the University of Colorado Board of Regents in the Nov. 2022 election. The board oversees all four campuses of the CU system and manages a $5.2 billion budget.

With CU Boulder researching the effects of cannabis supplements, James hopes to have open discussions around plant medicine through her position on the board.

“The idea that I work in cannabis is always going to bring influence of being open to different types of plant medicines,” James said. “I look forward to having healthy discussions and being a part of the conversations that move the whole CU system.”