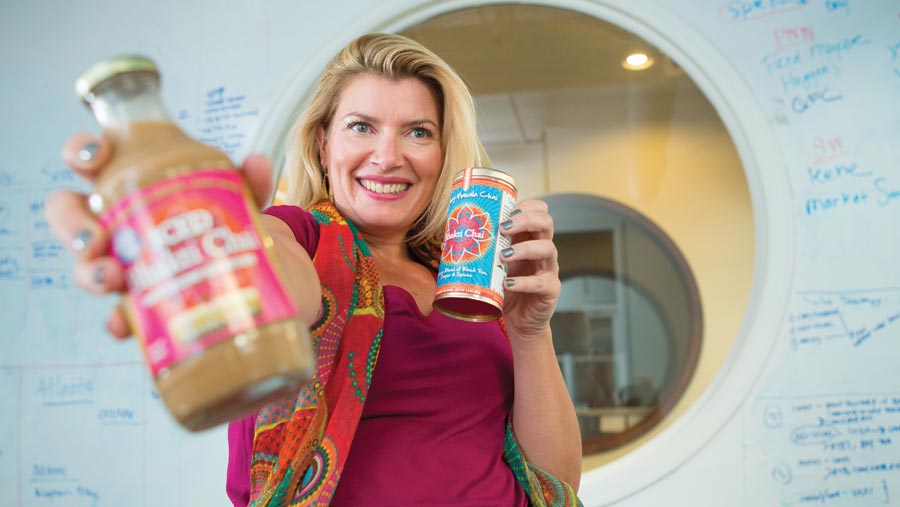 In much the same way that Mo Siegel put Boulder on the tea drinking map when he launched Celestial Seasonings 45 years ago, Brook Eddy is on course to take her wildly popular Bhakti Chai brand on an equally expansive, if not greater, business trajectory.

To find out more information about Bhakti Chai head over to their website www.bhaktichai.com.

At the heart of Eddy’s success is a product born of innovation, hard work, mindful social benefit and lots of trial and error. And while Siegel certainly worked hard collecting fresh herbs for his teas in the meadows at the foot of the Flatirons, Eddy spent hundreds of hours fine-tuning her craft brew of black tea, fresh ginger, pepper, clove, cardamom and other intense, aromatic spices with zing. She was craving the unique masala chai flavors endemic to northern India where she had spent months on a spiritual retreat in 2002. When she finally hit upon a concoction that resonated with her, its superior flavor proved to be a hit with her friends, too.

Eddy’s initial nano-production — brewing Bhakti Chai at home on her stove and packaging it in jars with handmade labels in 2006 — was quickly overrun by demand from the cafes and coffee shops to whom she would hand deliver her jars of spicy deliciousness.

An angel investor provided cash in 2008 that allowed her to quit her job, hire full- and part-time brewers, buy a ginger press and kick her sales and marketing into high gear. Two years later she moved to a production facility in Longmont, allowing Eddy to add new products and expand nationally.

“It was important, from the beginning, to show that we could be a company devoted to sustainable practices and that makes donations to groups that empower women and girls,” Eddy said. “And that’s still our goal and what motivates us: having a large charitable donations budget, maintaining the integrity of our ingredients [using Fair Trade, organic, non-GMO throughout], having a zero waste operation and being a B Corp.”

It’s that last bit — being a Certified Benefit Corporation — that is a special source of pride for Eddy (and her twin daughter and son) and enabled her to persevere when the going was tough. Designation as a B Corp means the company meets high standards of social and environmental performance, accountability and transparency; think Patagonia.

Persistent networking, tireless searching for advice and guidance and seeking out other successful entrepreneurs enabled Eddy to cobble together a group of trusted advisors who have helped her scale the initial learning “cliff.” As she embarks on the next phase of success – managing the growing national (and international) demand for Bhakti Chai and its variations – Eddy has had to abandon her practice of managing and hiring by gut instinct.

“As we become more mature, we don’t have time to wait and see who comes along our path,” she says of her old way of finding friends and family members to work at her company that has seen double- (and triple-) digit growth since its inception.

In addition to the growing demand, Eddy is also enjoying some hard-earned kudos. She is one of five finalists of Entrepreneur Magazine’s Entrepreneur of the Year, the winner of which will be named in November.

Work on your recipe.

“What passed for chai in Boulder back then was made from powder or syrup that was full of artificial flavoring,” Eddy says. “But once I had a recipe that I loved and other people loved, the question was how to get it out there.”

“There were so many moments where I wanted to walk away and quit, but it just wasn’t an option,” Eddy said. “I knew people would be disappointed not to have the product anymore, but I guess I trusted there was a longer game going on and that I could be a voice for having a sustainable company and show my 10-year-old twins that you can persevere and create something special.”

Surround yourself with good people.

“I’m so thankful for the amazing support from the natural foods industry and Naturally Boulder [a non-profit natural products support network],” Eddy says. “I couldn’t have done this without the hundreds of people in this industry who spent the time, gave me advice, showed me options or made an introduction that helped me realize the success I have today.” 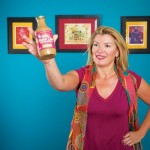 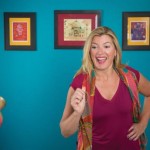 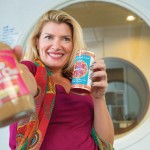 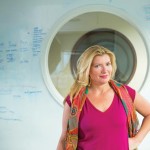