The Broomfield Veterans Museum will host a special Flag Retirement Ceremony and Cookout on Saturday at 12 Garden Center, Broomfield, CO 80020, June 12, 2021, beginning at 11:30 a.m. In honor of Flag Day, local veterans will kick off the ceremony with special remarks about the history and significance of the U.S. flag. North Metro Fire Rescue District and Broomfield Police Department’s combined honor guard will lower the old flag for retirement and raise a new flag. A local scout troop will lead everyone in the Pledge of Allegiance, and special music will be performed as part of the ceremony. 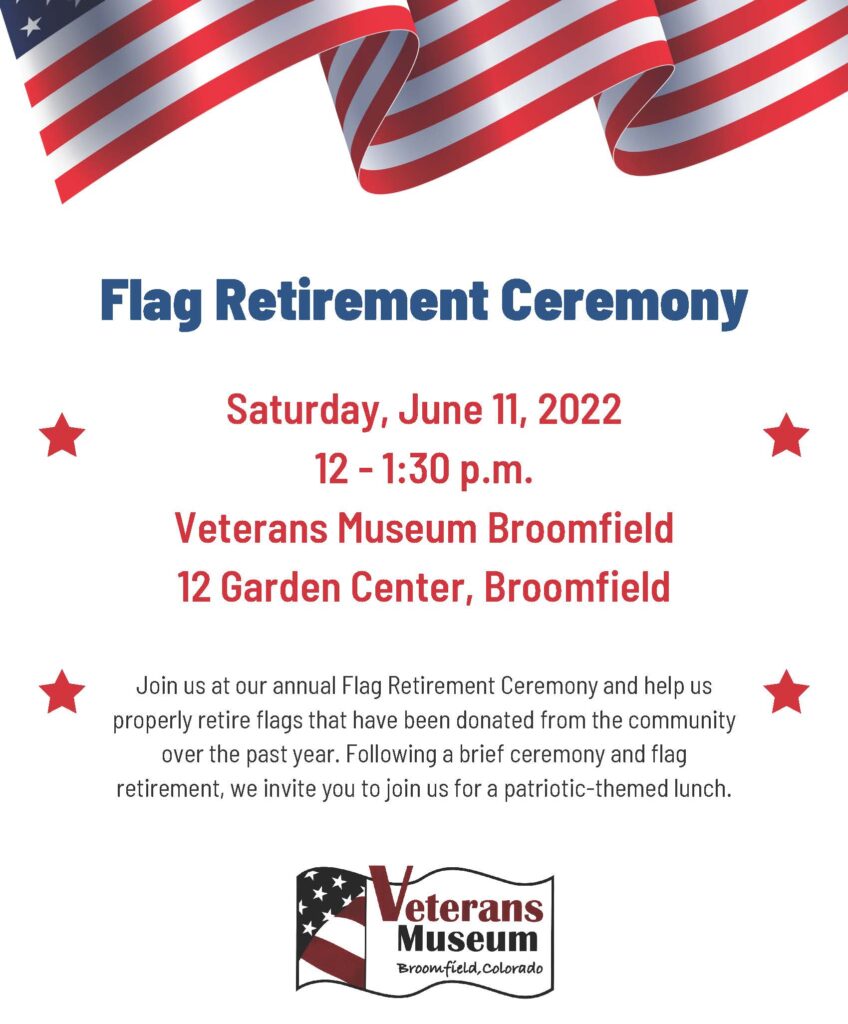 Following the brief ceremony, the public is invited to help the museum retire hundreds of flags that have been donated from community members over the past year. Everyone is also invited to join in a patriotic picnic to celebrate the flag holiday.