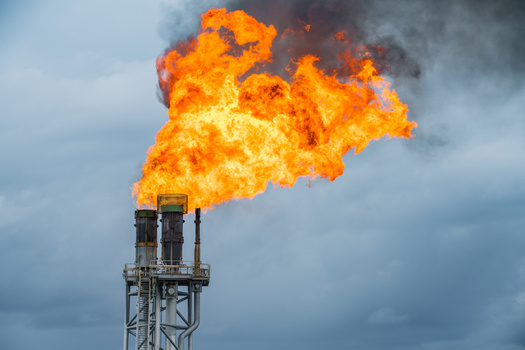 The oil and methane gas industry is one of the biggest contributors to smog in Colorado. (Adobe Stock)

The Center for Biological Diversity has filed a lawsuit aimed at forcing the Environmental Protection Agency (EPA) to reject Colorado’s plan to bring down air pollution to safe levels because of a loophole allowing oil and gas operators to pollute at will.

Robert Ukeiley, senior attorney at the Center, said smog causes a lot of health problems, and the state’s record number of high ozone level days has led to increased emergency-room visits for people with asthma and other respiratory illness.

“The people most susceptible to injury from smog are children, older adults, people that work or exercise outside,” Ukeiley outlined.

Oil and gas groups told the Colorado Sun the majority of emissions in the region come from natural biogenic matter or blow in from outside the state, and claimed the lawsuit would lead to higher fuel prices. The EPA does not comment on pending litigation.

Ukeiley pointed out the science shows the oil and methane-gas industry is one of the biggest contributors to smog in Colorado, especially on days when ozone levels reach dangerous levels. He believes Colorado will not be able to solve its smog problems until the EPA cracks down on the state for allowing unlimited air pollution from drilling and fracking.

“The state needs to close this loond hold oil and gas companies accountable, just like folks have to get their tailpipes tested,” Ukeiley asserted.

Ukeiley pointed out the measures ignore the 800-pound oil and gas gorilla in the room, and worries additional staff will simply speed up the administration’s approval of drilling permits.