AURORA | A risk management firm has issued a mixed assessment of the work done so far by Aurora’s police and fire agencies to enact numerous public safety reforms, specifically criticizing how police evaluate uses of force.

IntegrAssure was chosen in February to help the city monitor its progress toward the reforms outlined in a type of sweeping agreement called a consent decree with the state attorney general’s office last year. 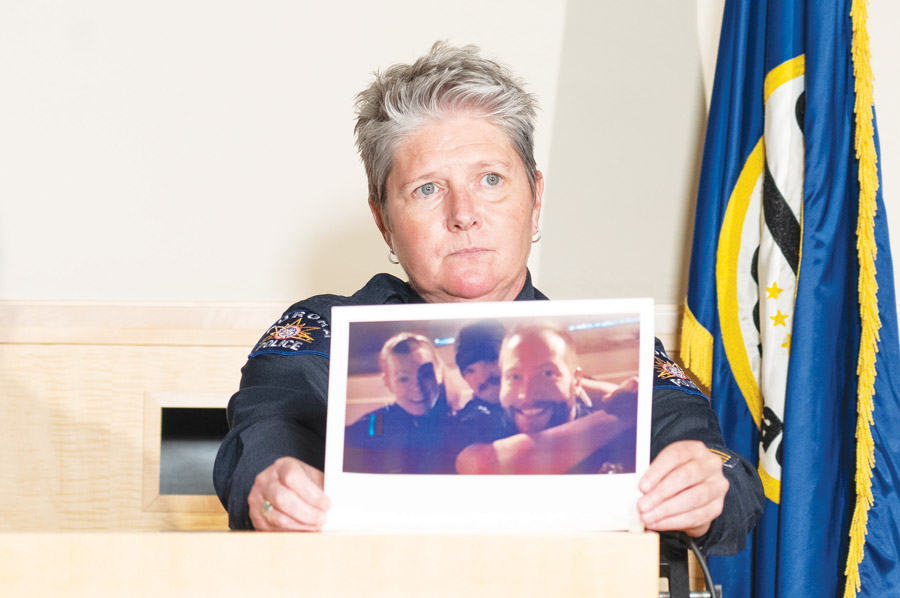 Former APD Chief Vanessa Wilson shows one of two photos of the three police officers mocking the death of Elijah McClain at the site of McClain’s 2019 encounter with APD, during a July 3 2020 press conference discussing the photos in question. The incident let to widespread outrage and distrust of the police department. FilePhoto by PHILIP B. POSTON/Sentinel Colorado

The agreement came following outcry over the death in custody of Elijah McClain and after the attorney general’s office investigated the Aurora Police Department and found officers were using force disproportionately against residents of color and that paramedics had been administering sedatives inappropriately.

IntegrAssure’s report — prepared after the end of the first monitoring period, which lasted from mid-February through mid-May — praised Aurora and its public safety agencies for their cooperation in the reform process.

“During this initial period, the City of Aurora and its constituent agencies have cooperated fully with the Monitor and have begun working on, and in some cases have made great strides toward, the implementation of the mandated reforms,” IntegrAssure wrote in its report.

However, the monitor also specifically criticized the shortcomings of the police department’s Force Review Board, a panel of police officers that evaluates significant uses of force based on documents and body-worn camera footage, as well as a lack of coordination while developing new policies.

Even with a Force Review Board, the monitor recognized a need in the department for “not only in-depth investigations, but investigations and reviews which are done with an extremely critical eye, in order to make both the Department and individual APD officers better, and better protect officers and the public alike.”

IntegrAssure wrote that police and fire department leadership along with “the vast majority of rank-and-file members of each department with whom we have spoken” recognize the need for reform.

One of the persistent drivers of reform — identified in the report as well as in the investigation by the Colorado Attorney General’s Office that laid the groundwork for the decree — is the community’s lack of trust in its police force.

In May, IntegrAssure used a survey firm to poll residents on their feelings about the local police and fire departments, using the randomly selected cellphone numbers of Aurorans that IntegrAssure founder Jeff Schlanger later said were culled from a commercial database. In total, 1,164 people completed the survey.

The poll was taken nearly two months after the firing of Wilson in early April. Wilson has alleged the firing was politically-motivated and fueled by resentment from conservative politicians and union leaders who opposed her approach to police reform.

City Manager Jim Twombly has said the decision was made in response to unspecified failures of management. Dan Oates was selected to serve as interim chief later that same month and began his second stint as chief in June. 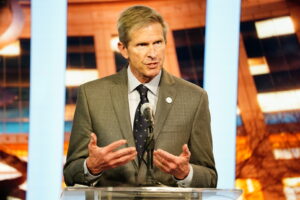 Wilson has been credited by reform advocates with rebuilding trust and credibility among the public. The survey did not address Wilson’s firing.

Poll results showed that negative feelings about Aurora police were reported more frequently than positive feelings, with just 34% of all survey-takers saying the police department was doing a good or excellent job, compared to 44% who said it was doing poorly or very poorly.

People of color were also less likely than whites to express a high opinion of the department, with 38% of white respondents saying they thought the department was doing good or excellent work compared to 35% of Asians, 33% of Hispanics and Latinos, 26% of Blacks, and 22% of mixed-race respondents and others.

The majority of all demographics expressed positive feelings about Aurora Fire Rescue, though whites were still more likely than other groups to say the agency was doing a good or excellent job.

Most people, around two-thirds of all respondents, also said they felt safe in their neighborhoods, and 61% said they felt about as safe or safer than they did a year ago.

One internal mechanism for accountability that was repeatedly criticized by the monitor was the police department’s Force Review Board.

As an example of the board falling short, the monitor described the aftermath of a tense traffic stop in May 2021, during which Aurora police officer Gabriel Nestor pulled his gun on a motorist, Preston Nunn III, who had reached into his clothing after being told to hand over his driver’s license and registration.

Nunn, who is Black, was pulled over after Nestor said Nunn drove dangerously close to him while Nestor was conducting another traffic stop.

At gunpoint, Nunn was ordered to put his hands on his face, “which he failed to do to the officer’s satisfaction,” the report said. The monitor notes that Nestor “??became extremely agitated” during the incident, “using expletives to issue various orders.”

Once police backup arrived, Nunn decided to exit his car and was tackled to the ground and shocked with a stun gun.

The police department’s Force Review Board evaluated the incident the following month, determining that Nestor made a legal traffic stop and used his body-worn camera appropriately but “could have been more professional” and “more in control of himself.”

The board recommended to the district commander over Nestor that the officer receive more training on the use of stun guns and investigating driving under the influence — while the driver allegedly admitted to using marijuana that night and was cited for having an open container of alcohol in his vehicle, he was not charged with DUI.

But IntegrAssure questioned the Force Review Board’s failure to consider Nestor’s involvement in another use-of-force incident one month prior when he shot a burglary suspect with less-lethal ammunition, which the department deemed “unsatisfactory performance.”

Nestor also allegedly caused a “serious traffic crash” in October 2020, for which he was reprimanded, an incident that was also apparently not considered by the board.

“Moreover, the fact that this situation unnecessarily evolved into one that came perilously close to an officer involved shooting did not consume the Board,” the monitor wrote.

“Simply put, the Board’s review should have been much more critical, in the nature of a deep-diving after-action report, with every aspect of how that which occurred could have been avoided and probed for lessons which could be taught both to the involved officer and to the Department at large.”

They also pointed out that the board did not consider the possible consequences of the suspect being tackled by an officer while multiple officers were pointing their guns at him, and said the board needed to be more probing in its evaluation of officer conduct.

IntegrAssure said it would begin working with the board during the next reporting period.

They also recommended that body-worn cameras be used to supervise officers who are the targets of corrective action and that the practice of assigning new recruits and inexperienced supervisors to late-night, high-crime periods — which police leadership allegedly said was because of the department’s current system of giving veteran officers preference in picking their schedules — needed to be re-examined. 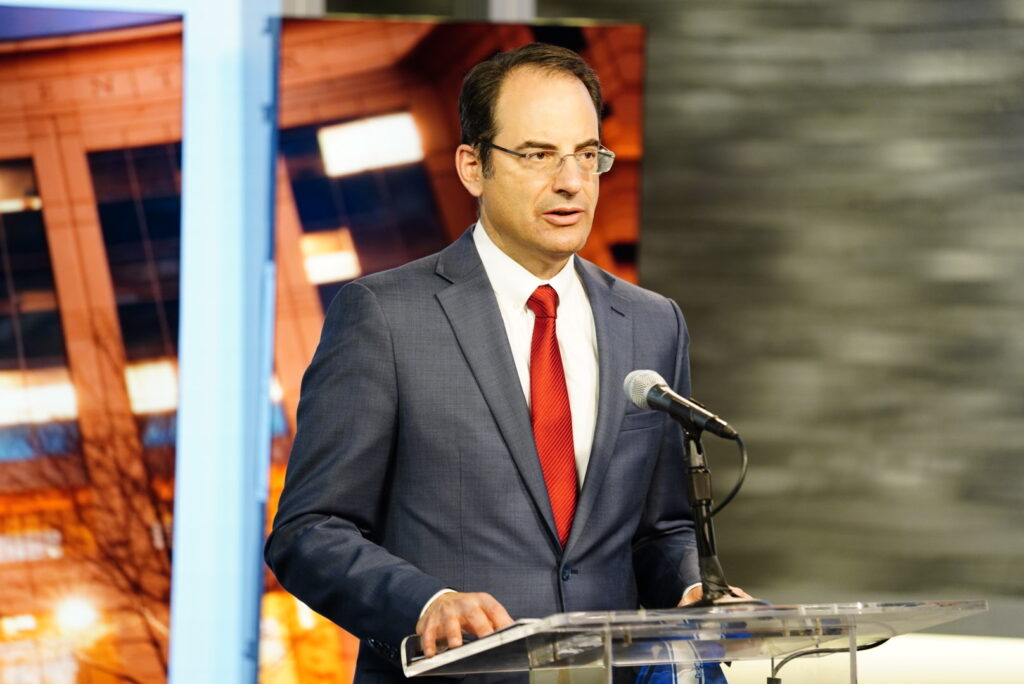 Aurora meeting about half of consent decree mandates so far

IntegrAssure broke down the city’s compliance with 36 of the 70 mandates included in the consent decree, saying in summary that the city and its public safety agencies “have cooperated fully with the Monitor and have begun working on, and in some cases have made great strides toward, the implementation of the mandated reforms.”

Aurora Fire Rescue was recognized for halting the use of ketamine, a powerful sedative that McClain was injected with prior to his death. Of the nine mandates that IntegrAssure determined the city has complied with already, eight are related to ketamine.

The ninth mandate requires that the city or the Civil Service Commission engage a consultant to advise the commission on hiring practices to ensure the police and fire workforces better represent the community. IntegrAssure said it had been selected by the commission to fulfill this role. Seventeen other mandates were also deemed to be underway and on the right track.

IntegrAssure expressed uncertainty about 10 of the mandates and whether the city would be able to meet the expectations of the decree, including mandates addressing accountability for the use of force.

“We have not seen the degree of self critical analysis that we believe is so important to the process,” the monitor wrote of the department’s Force Review Board. “In addition, it appears that the history of individual officers involved in uses of force is not meaningfully considered during the process of evaluating whether remediation for an officer is required.”

The monitor also expressed concerns about the department coordinating with them on policy creation, mentioning that while they were working with the police department’s legal team and Professional Standards Section on a policy for documenting contacts with citizens, other PSS employees were working on developing a different policy without consulting the monitor.

IntegrAssure said the city had acknowledged the problem and would be working with the nonprofit Crime and Justice Institute to streamline its policy development process.

“Without such structure, the messaging to the officers can be inconsistent and confounding, thereby being counterproductive to the work and efforts invested into developing effective policies,” the monitor wrote.

Between February and May, IntegrAssure also assembled the new Community Advisory Council, which is expected to “promote diversity of thought and information exchange for the duration of the Consent Decree.”

“Essentially, the CAC will be the Monitor’s eyes and ears in the community providing community perspectives and insight to the Monitor on matters related to each of the areas covered by the Decree,” the monitor wrote. 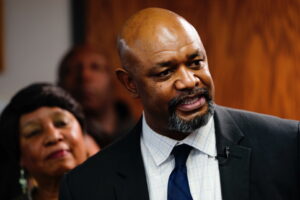 Members of the newly-formed CAC include:

Melissa Berglund, an education and training program manager for a child welfare and family services nonprofit, and a former social worker.

Thomas Mayes, ??an Aurora pastor and Vietnam War veteran with experience mediating between activists and the Aurora Police Department.

Amy Wiles, ??director of strategy and business development for UnitedHealthcare.

Schlanger later said the only person with experience as a law enforcement officer on the council was Rodriguez.

IntegrAssure wrote in a news release that the Community Advisory Council will be moderating a town hall between IntegrAssure, the public, representatives of the city and the Colorado Attorney General’s Office on Aug. 9 at 6:30 p.m. at the Beck Recreation Center.

The event will be streamed online and televised, and community members can submit questions in advance to connect@auroramonitor.org or by filling out the contact form at www.auroramonitor.org.