The Colorado River has come alive even as it ebbs 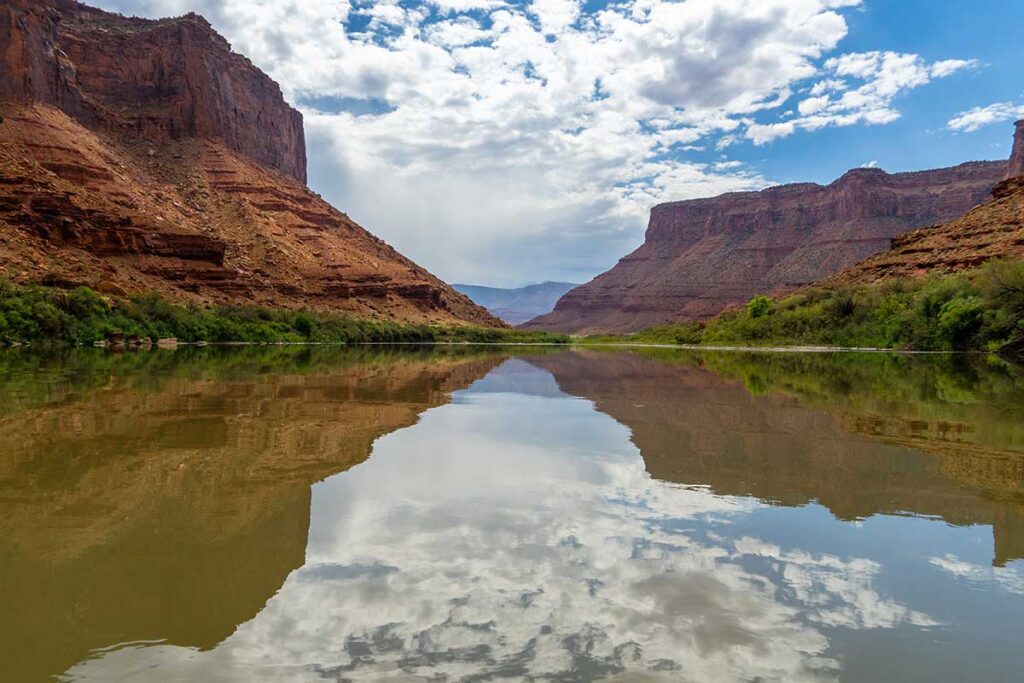 The Colorado River is revealing its secrets. For decades a World War II landing craft lay submerged 200 feet beneath Lake Mead’s surface — but now it’s beached, rusting in the sun. It’s become an unsettling marker of just how vulnerable the river is and how parched the Intermountain West has become.

The immediate impact of what’s being called the most severe mega-drought in 1,200 years, has been sharp cuts in the allocation of water to downstream users, with southern Nevada’s take slashed by seven billion gallons. Then there’s the fear that if Lake Mead’s water levels continue to fall, it may not be able to generate the power it now supplies to 1.3 million people in Nevada, Arizona and California.

Yet the diminished reservoirs tell another tale about the Colorado River, one of the world’s great plumbing systems, which enables downstream agriculture and sends potable water to an estimated 40 million residents. The story is that just where the river ends, at the Gulf of California, it has been slowly coming alive.

For decades, the United States sucked so much water from the Colorado that only a trickle, if that much, ever reached its desiccated, sprawling delta in Mexico. Once covering 9,650 square miles, the delta has shrunk to less than one percent of its original expanse. Human diversions wrung it dry.

It wasn’t always that way. In 1922, conservationist Aldo Leopold wrote about paddling a canoe through the delta’s green lagoons and marveling as “cormorants drove their black prows in quest of skittering mullets” and “mallards, widgeons, and teal sprang skyward in alarm.” When a troop of egrets settled on a far green willow, Leopold said they looked like a “premature snowstorm.”

Leopold’s lyrical vision had the misfortune a century ago of coinciding with the signing of the Colorado Compact, which sealed the delta’s fate. Approved by Wyoming, Colorado, Utah, New Mexico, Nevada, Arizona and California, the compact quantified the Colorado’s annual flow and set up the seven states to contend with one another to protect, if not expand, their individual shares. The compact turned the delta into a dust bowl.

For decades, environmental and tribal activists and nonprofit organizations protested the devastation that massive diversions to fill the Powell and Mead reservoirs produced in the delta’s once-flourishing human and biological communities. They pushed hard for remedies from both the U.S. and Mexican governments and the river-hugging state legislatures.

It wasn’t until 1993, when Bruce Babbitt became Secretary of the Interior under President Bill Clinton, that the political dynamic changed. Babbitt argued that the states must demonstrate how they intended to operate within their apportioned amount. If they failed to do so, he said, he would not approve surplus water, a threat particularly aimed at California, which routinely commandeered any surplus flow the other states didn’t use.

River activists immediately demanded that some of the water savings should head down to the delta. They got nowhere until 2014, when Mexico and the United States acted on their earlier commitment to sluice more water into the delta’s riparian habitats.

Since then, the two countries have periodically released water to mimic historic seasonal flooding. These tiny pulses of liquid energy, which constitute less than one percent of Los Angeles’ total annual water consumption, have had an outsized impact.

With restoration ecologists to guide the process, some wetlands have revived, small woodlands have flourished and native plants and animals have taken hold. Remote-sensing cameras recently spotted beavers gnawing on cottonwoods.

We don’t know how current drought-management solutions might cripple these recent interventions that brought the tail end of the river to life. Meanwhile, let’s recall Leopold visiting the delta where he watched burbling sandhill cranes circling overhead. The sight brought him joy as it made him feel he was joined with them in the “remote vastness of space and time.” That’s a compelling affirmation that the Colorado River must be kept alive to its very end.

Char Miller is a contributor to Writers on the Range.org, writersontherange.org, a nonprofit dedicated to spurring lively conversation about the West. He is an environmental historian at Pomona College; his upcoming book is Natural Consequences: Intimate Essays for a Planet in Peril.