A Letter to the Former Guy 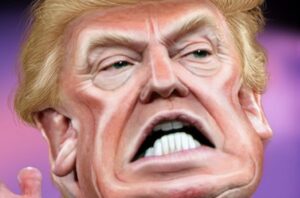 It has come to our attention that you are considering re-applying, despite your expulsion nearly two years ago. While you are, of course, legally permitted to re-apply, we write to inform you of the likely futility of doing so.

It is not necessary to rehash the behaviors that led to your expulsion, but your actions since then indicate no remorse and suggest that you have not grown from the experience.

Shortly after we informed you of your dismissal, we learned that you were spreading rumors that the expulsion was illegitimate; that in fact a majority of the administrative council had voted to allow you to continue. This was not true, of course, but you rallied many of your neighborhood friends, most of whom were high school dropouts, to your cause. We are also concerned that you and your family filed numerous lawsuits seeking reinstatement. These lawsuits were unsuccessful, with one judge writing, “Are you kidding me?” in his summary judgement in our favor.

You also sent your friend Rudy to lobby a number of school board members on your behalf. Several board members reported that Rudy seemed to have been drinking and that he had inky rivulets dripping down his face. On at least one visit he was accompanied by a strange man carrying pillows.

Perhaps our greatest concern arises from the events just prior to the school beginning a new term. A group of your friends, inflamed by your repeated claims of injustice took over the administration building and violently assaulted members of the staff. Not surprisingly you were not among them, but reportedly watched the mayhem unfold on local television. When family members suggested that you send a Snapchat message telling them to go home, you sent a selfie instead with a thumbs up emoji.

This was characteristic of your time in the school, when you were able to convince a great many friends to act on your behalf by promising to pay them. Apparently they were unaware of your history as regards paying people to do things.

We learned that you took boxes of confidential school records on the day you cleaned out your locker. These records include your disciplinary file, highly sensitive mental health information, academic transcripts, and the personnel files of all the teachers.

When confronted, you denied having any of these files. Frustrated, we sent the Assistant Superintendent to your house. He was able to retrieve some of the boxes, but our review indicated that the most sensitive records were still in your basement. We are quite disappointed that your representative signed a statement asserting that you had returned everything. She either lied on your behalf or believed you, either of which could be considered a serious lapse of judgment.

Your replies have been contradictory – at best. First you said you took stuff home all the time to do homework. This seems unlikely, as all of your teachers – and your friends – can attest to the fact that you never did homework.

Then you rather oddly claimed that the confidential material was no longer confidential after you took it, even though you didn’t take it. It does seem rather like a child saying the cookies he didn’t steal weren’t good anyway, so what’s the big deal.

When we finally sent school security to retrieve the files that weren’t there, they returned with nearly a dozen boxes of files that weren’t there. We are now in the process of reviewing the files for highly confidential information that is, perhaps, once again confidential now that it is in our possession. As you can see, following your “logic” can be quite daunting.

We find it deeply ironic that you were admitted initially because you promised to make our school “great again.” How you intended to do that was never clear. Shortly after admission you began publicly disparaging the school at every opportunity. It is difficult to acknowledge our mistake, but admitting you did great harm to the school’s reputation.

Now you and your friends are insisting that you be readmitted in order to “save” the school. That seems a bit like reinstating a convicted arsonist to the fire department.