The Heroes of Boulder County: The Trades 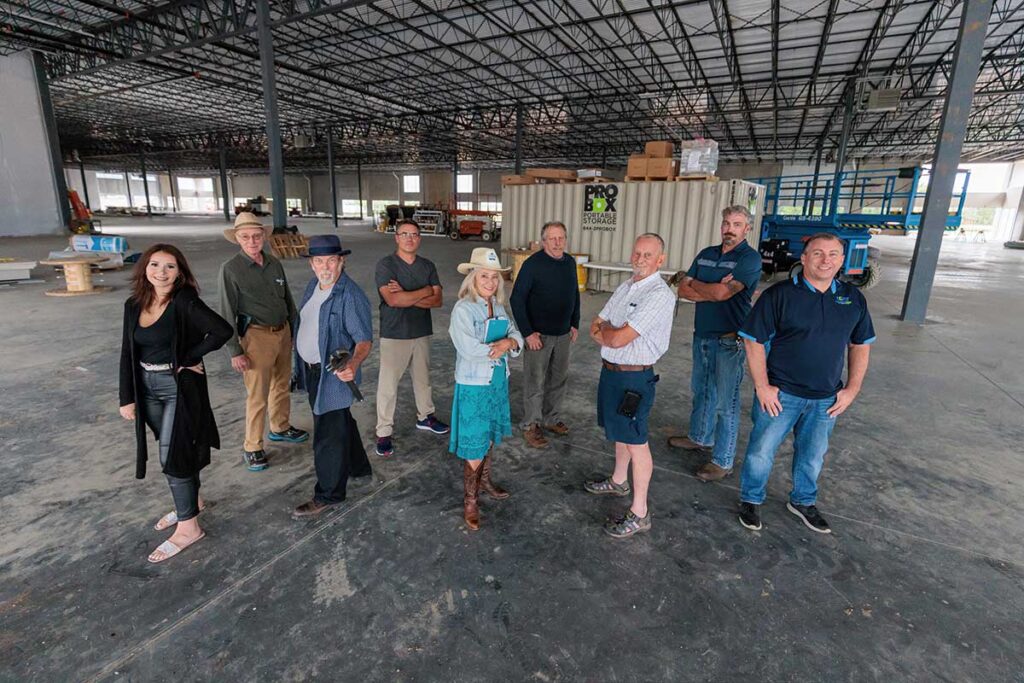 Look around you, wherever you are right now. Your home, a business, your back yard, a garden maybe. Look around and think about what’s behind the walls or under the soil. Foundations. Structure. Pieces of a whole. Think about the complexity that is a home, a building, a garden. The walls are filled with pipes and wires working collectively to keep you safe and happy and comfortable. Look around at the little bits of beauty in your home. A sculpture, a fireplace, a garden. Think about simple pleasures. The breeze through the tree in your front yard as it stands strong and healthy and vibrant in the late summer sun. Running water. Electricity. Things we take for granted. Without these, our world falls apart. Yet, chances are, you don’t know how any of it works, how to fix something if it breaks, or how to improve it to make it work even better. But there are those people out there that know. Tradespeople are the foundation, the structure, of our society. They keep the house standing and are our Heroes for August because of it.

We spoke to eleven tradespeople about their lives, their jobs, and why they do what they do. They are Mikl Brawner, founder and owner of Harlequin Gardens; Fred Berkelhammer, an arborist and owner of Berkelhammer Tree Experts; Courtney Michelle, owner of Coco Michelle Salon and Spa; Luke Walch, founder and owner of Green Eyed Motors and Matt Barrie, one of his technicians; Kim Neill, project manager and estimator for Cottonwood Custom Home Builders; Trevor Parmenter, co-owner of South Paw Electric; Ralph Bailey, of Klatt Moving; Ray Tuomey, owner of McLean Forge and Welding; and Paul Lingenfelter from Colorado Green Plumbing.

These people were chosen in particular because of their environmental consciousness, the care with which they apply to their jobs, and their dedication to their employees’ well-being. Each of them spoke with humor, insight, and a great deal of humility.

Tradespeople are unique amongst some of the other professions we’ve featured for this series in that many of them weren’t heavily affected by COVID, business-wise at least. In fact, some of them seemed to thrive as people sat around stuck in their houses, using the time to make improvements and tweaks on their homes or yards or gardens. Fred Berkelhammer, a warm, funny, and intelligent man, spoke to this a bit, “Bottom line wise, we weren’t hurt by COVID. In fact, I think there was more demand, generally for home improvement services. And COVID  had a lot of people sitting at home a lot. I think the story I tell is, they looked out the window and said, ‘Honey, look, we’ve got a tree, call the arborist.’ We had more demand probably than we’ve ever had.”

This isn’t always the case, however. The market fluctuates, grows and deflates, as does their business. In order to handle the market’s ebbs and flows and to ensure that their respective businesses can handle any unforeseen calamities that may occur, they each have carefully cultivated a team of dedicated workers that are ready for just about anything. They’ve done this by providing attractive and lucrative positions for their employees in rather competitive markets in which other companies might not deal with their employees with the same care. Paul Lingenfelter spoke to the idea of happy workers doing better work which then leads to happy customers. He told me, “Most of my guys, if not all of them, at some point have told me it’s the best job they’ve ever had. And that makes me happy. I know they’re happy. And obviously, you know, if you look at the reviews, the customers are happy to.” Lingenfelter pointed out that while there is money in working for bigger companies, smaller ones such as his provide a better quality of life, not requiring his workers to work themselves to the bone for long, almost unreasonable hours. Each tradesperson featured in this article expressed similar feelings when speaking about their employees. They do everything they can to make sure those that work for them are happy, comfortable, and well compensated.

Ray Tuomey spoke to the pride he and his team have for providing their customers with quality work. Tuomey spent 20 years working as a concert promoter and started a company called Namaste Solar prior to buying McLean Welding. He says that a lifelong curiosity about metallurgy is what prompted the career change and he now gets to flex his creative chops working with decorative and functional pieces. He told me, “What I love about this job, and it’s true for a lot of trades, is that there’s an immediacy to what we do, and that we get, you know, at the end of the day, we’ve got something to show for our work.” This sentiment was shared by each of the tradespeople we spoke with, that there is an immediate gratification that comes with customers reacting to work done well that isn’t found in many other professions.

As with Tuomey, Courtney Michelle worked another career for many years before opening up her salon. She worked mostly in tech before but decided to leave that lifestyle simply because she loves living and working in Longmont. She told me, “I love this town. I love my old house. I love the people.” She gets a lot of satisfaction from the personal nature of the salon, saying that her “love language is acts of service.” She truly dedicates herself to her clients, thinking of herself as a bit of a “therapist.” This dedication came full circle during COVID when she was forced to shut down. To keep herself afloat, she began building and selling beauty kits that she sold to her loyal customers who then spread the word and allowed her to keep the business going.

Michelle wasn’t the only one who had to get creative during COVID. Both Mikl Brawner and Ralph Bailey were forced to turn to new technology in order to keep their businesses going. Brawner got his start as an arborist before opening his nursery and garden. A true lover of nature in possession of extensive knowledge of plant life and plant propagation, Brawner is rather technologically averse. This made the necessary transition to running his business online quite difficult. He told me, “We had to do a bunch of online ordering the first year, and that was a real pain, excruciating.” But Brawner’s fought through hard times before, telling me it took his business ten years before turning a profit but he stuck with it because of his love for what he does.

Bailey also had to adapt. He initially came to Colorado after seeing the Grateful Dead in New York where he was invited by a friend to come visit. He did and fell in love and joined the moving business as a consultant. He normally goes into homes, examines what it is they have to move, and provides the customer with an estimate. He was unable to do this in COVID and instead had to use “FaceTime or Google Chat and they walked around showing me everything in the house.” But this could lead to potential issues as a customer might forget a room or something. Still, he did all he could to work with the customer to the very best of his ability, telling me, “I take what I do serious. I like being one of the guys out there that they say has a high level of integrity and honesty.”

“I take what I do serious. I like being one of the guys out there that they say has a high level of integrity and honesty.”

Matt Barrie also spoke to this idea of pride and integrity in the work. Originally from Boston before moving here seeking a change, Barrie told me his favorite part about working with cars is “figuring out the problem.” He pointed out that every car is different and that cars today are vastly more complicated than they used to be and having the right tools to diagnose a problem is imperative, saying his tool collection comes out to over $50,000. But this level of equipment allows him and his team to “figure [the problem] out the first time and send [the customer] on their way.”

These people are able to adapt and problem solve because of their great amount of experience within their fields. This comes from many long years working and growing and learning before they got to where they are today, but each of them had to start somewhere. Kim Neill worked a more corporate gig and worked in government before she got into construction. She likes it for the joy see she’s on people’s faces when a project is completed, a joy she never saw in her previous ventures. Trevor Parmenter has electricity in his soul. His step father was an electrician and so was his father before him and they began teaching him the trade when he was 13. He offered advice for those starting out in the trades, saying “get with a reputable contractor that’s got a variety of work. Then I think the other thing beyond that I really value is apprenticeship schooling. Out here in Colorado, we’ve got a couple of really strong apprenticeship programs.”

Each of these workers improve the lives of all they encounter. They make people safe, comfortable, happy and they do so with an incredible amount of compassion and awareness of the world around them. Without them, our worlds would fall apart. Give it up for them.