Crafted Cocktails: Local spirits that are sure to delight | Indulgence Issue 2022

It’s hot out. You just finished hiking that fourteener, or maybe you’re sitting at home in front of the air conditioning unit. Either way, you need to get a cold drink in your hands as soon as possible. From intergalactic brews to unparalleled spirits, BOCO is overflowing with top-tier places to drink. So get down from that mountain, or get off your couch. It’s time for a drink. 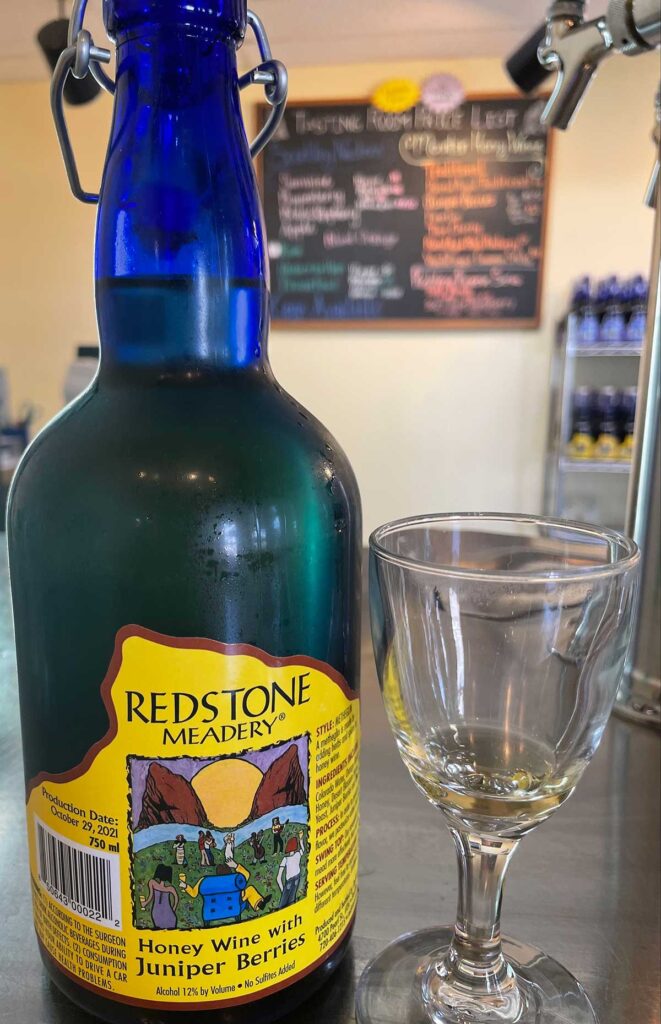 Mead is not a new alcoholic drink by any means. In fact, it is likely the world’s oldest alcoholic beverage. Made from fermented honey, mead highlights the diverse flavors honey can take on.

Redstone offers both carbonated Nectars and still Mountain Honey Wines. The Juniper Berry Mountain Honey Wine is one of Redstone’s most popular bottles. A dry mead, it’s made with orange blossom and dessert blossom honey that makes you feel like you’re lying in a sunny meadow. What makes the Juniper Berry truly special, though, is its woody and slightly spicy finish. 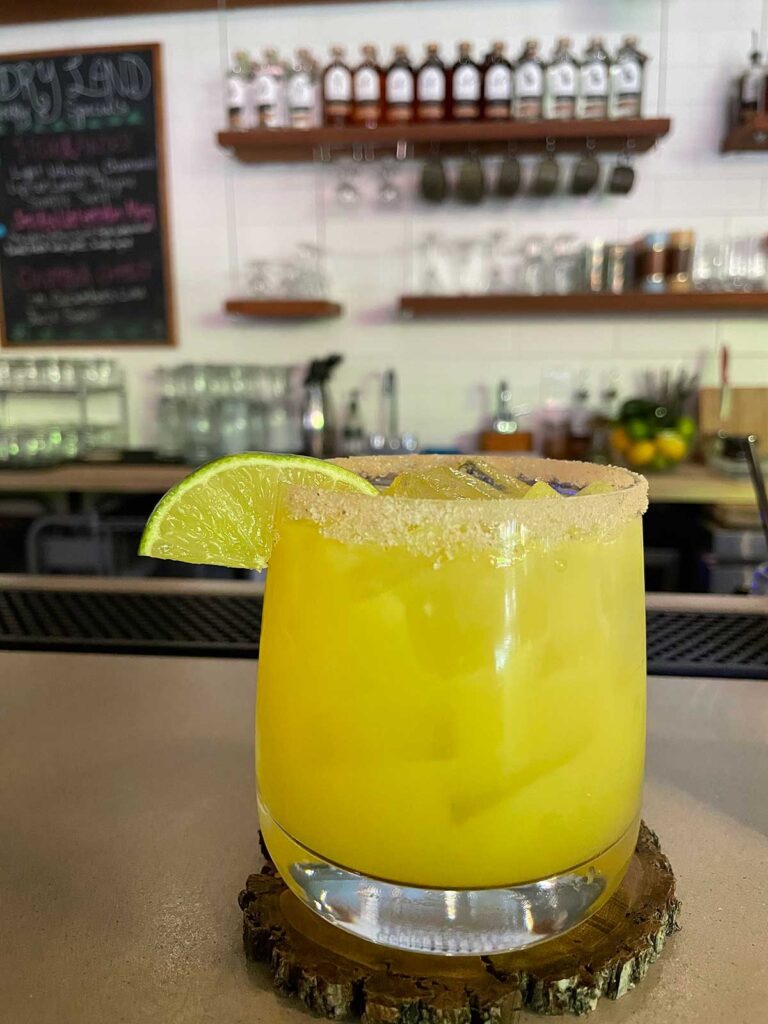 Dry Land, which has been open for over four years, prides itself in its unique spirit selection. One of its most popular is the Dry Land Cactus Spirit, made out of Texas-grown prickly pear cactus. The cactus is smoked over a mesquite wood fire for 48 hours, ground, cooked, and then fermented with cane sugar.

The cactus spirit serves as a wonderful base for the Dry Land Smoky Margarita, made with orange juice and freshly squeezed lime. The drink is bright and sweet, but the cactus spirit steals the show; its smokiness hits you from the start and lingers even after the glass is empty. 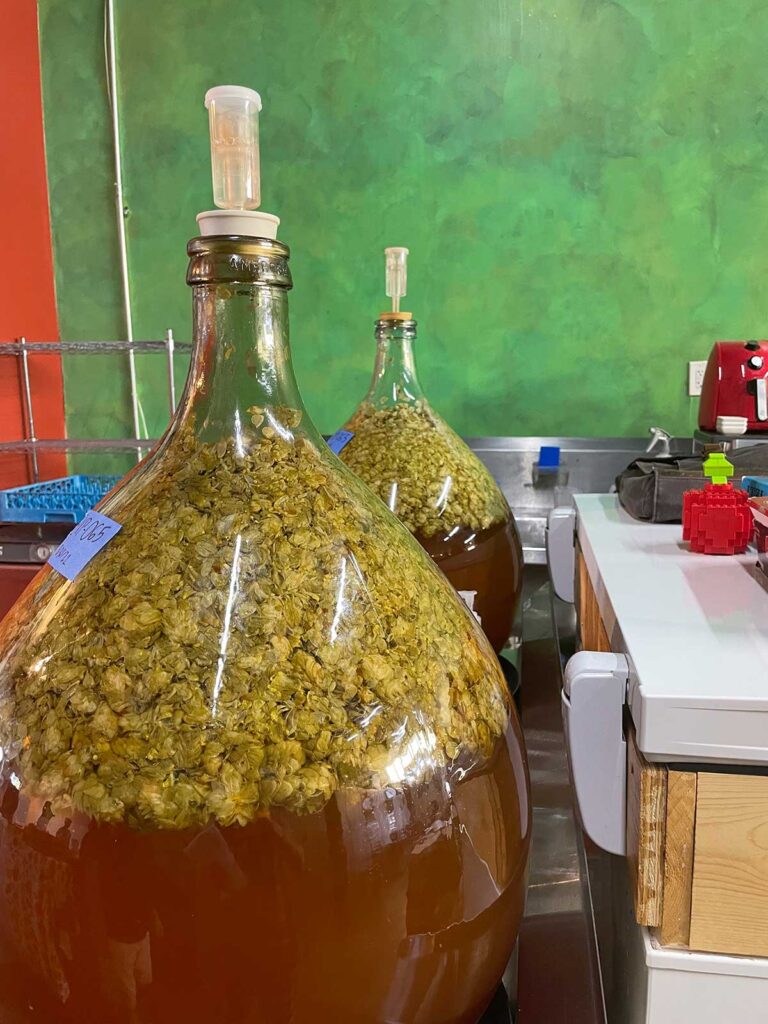 Right away, this cider tastes special. It’s probably because of the labor-intensive yet rewarding process that owner Mike Belochi takes. BOCO Cider is made with no sulfites and no forced carbonation. Instead, they use keg conditioning to make the ciders bubbly.

BOCO has over 15 rotating flavors on tap that can be mixed to create even more unique flavors. At the moment, Mike’s favorite combination is a one-to-one ratio of the Bougie d’Pomme (pressed Boulder County apples that are then barrel-aged) and Third Sip Sour. However, the Mango Tango packs the biggest punch. Made with seven different peppers, it’s so spicy most people don’t drink it by itself. Mike noticed that the select few who ordered it on its own were mostly women. “I think they have a higher pain tolerance from having to deal with their partners all the time,” he chuckled. Try it, but maybe have a glass of milk on hand (dairy-free, if you insist). 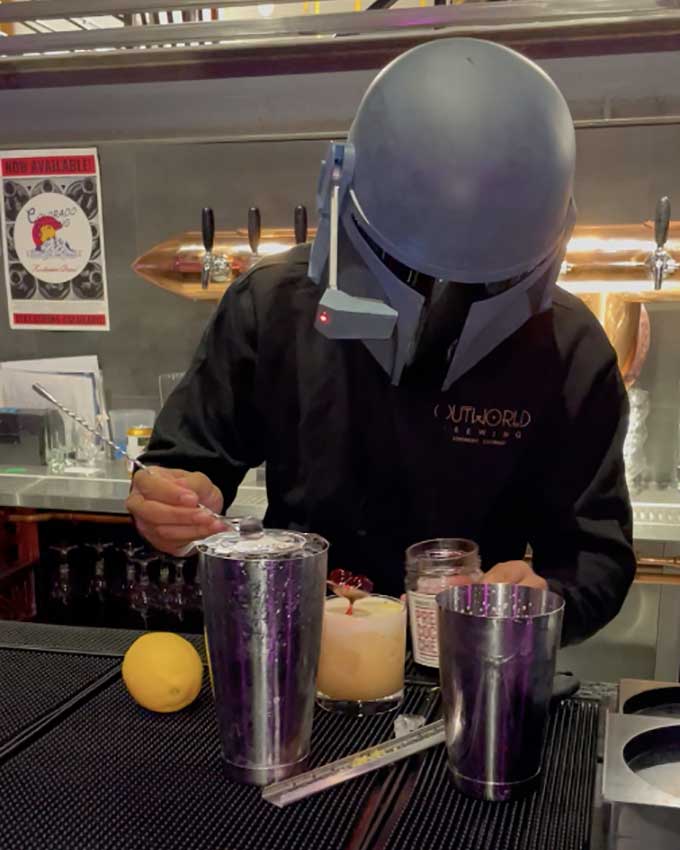 This brewery is literally out of this world. Futuristic and sleek, it was designed to look like the inside of a spaceship. Co-owner Nicc Elgh and her family crafted an entire storyline to go along with Outworld’s ethereal appearance. “My family and I are an intergalactic order of brew traders whose ship got stranded on Earth,” Nicc said, going along with the storyline. “All sorts of people and beings come through and mingle.”

Outworld provides numerous craft beers on tap with names stemming from BIPOC speculative fiction and Afrofuturists. They also have specialty cocktails, including The Kuat (named after a shipyard in Star Wars). This specialty drink featuring Disaronno amaretto, bourbon, lemon juice, and orange bitters is worth a try —you don’t even have to leave planet Earth to taste it! 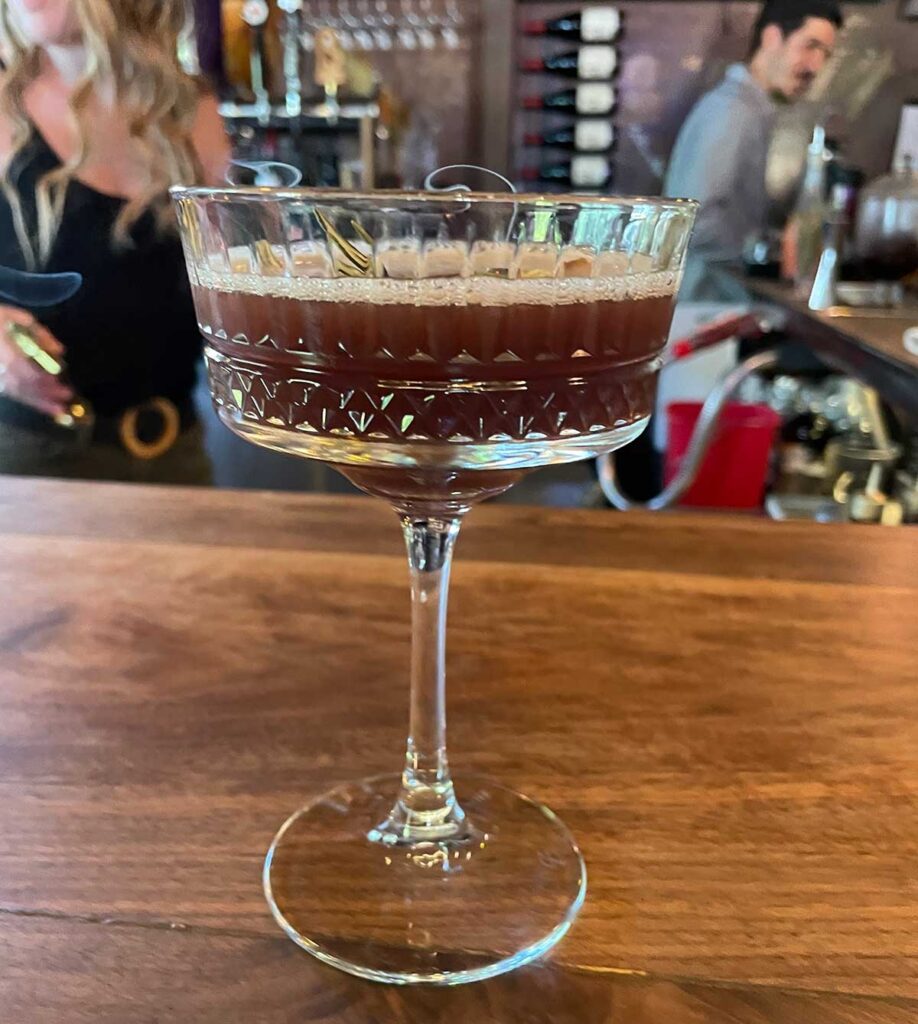 This tavern, located in Longmont’s quaint Old Town, has an impressive menu of drinks and hearty food. The inside is warm and unique, with a metal skeleton riding a white owl welcoming you upon entering.

West Side has six rotating beers on tap that are mostly from local breweries. They are also well-known for their cocktails. Made with Buffalo Trace bourbon, their old fashioned has won a national award, as has their bloody mary drink. However, owner Wes Isbutt is particularly fond of the “Bada Bing.” This cocktail features vodka, cherry balsamic shrub, lemon, and homemade rosemary syrup. The drink is topped off with a rosemary sprig picked from a bush in the tavern’s backyard; the sprig is lit with a blowtorch and then dropped into the cocktail giving the drink a wonderfully charred, smoky flavor which nicely offsets the sweet and fruity drink. 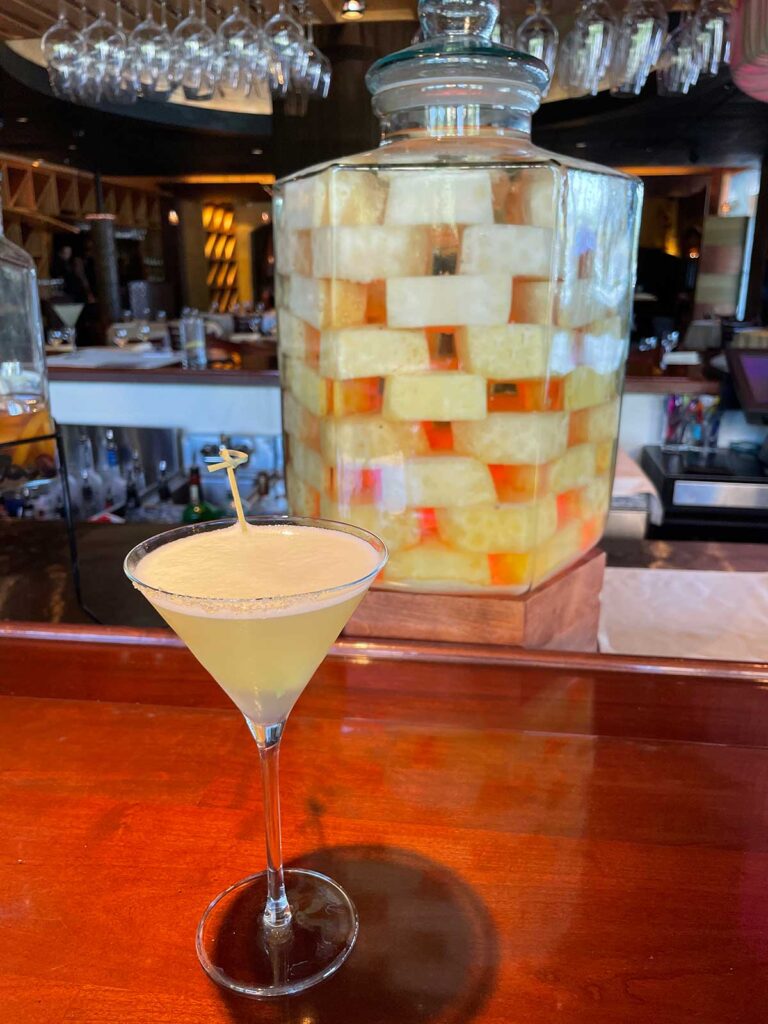 Although often thought of as just a restaurant, Carelli’s has an inviting bar offering a variety of craft and mixed drinks. The Cavalli Martini is one of their most popular. It is made out of Ketel One pineapple-infused vodka and a splash of pineapple juice. One sip and suddenly you’re at the beach, waves lapping your feet. The drink is served chilled with a sugar rim and leaves you with a sweet, delicate, and slightly floral taste.

Creating the pineapple-infused vodka is a labor of love. The vodka sits in a jar filled with pineapples that are precisely cut and shaped to fit the angles of the jar; it takes 36 pineapples to fill the jar, and they are refilled every month. 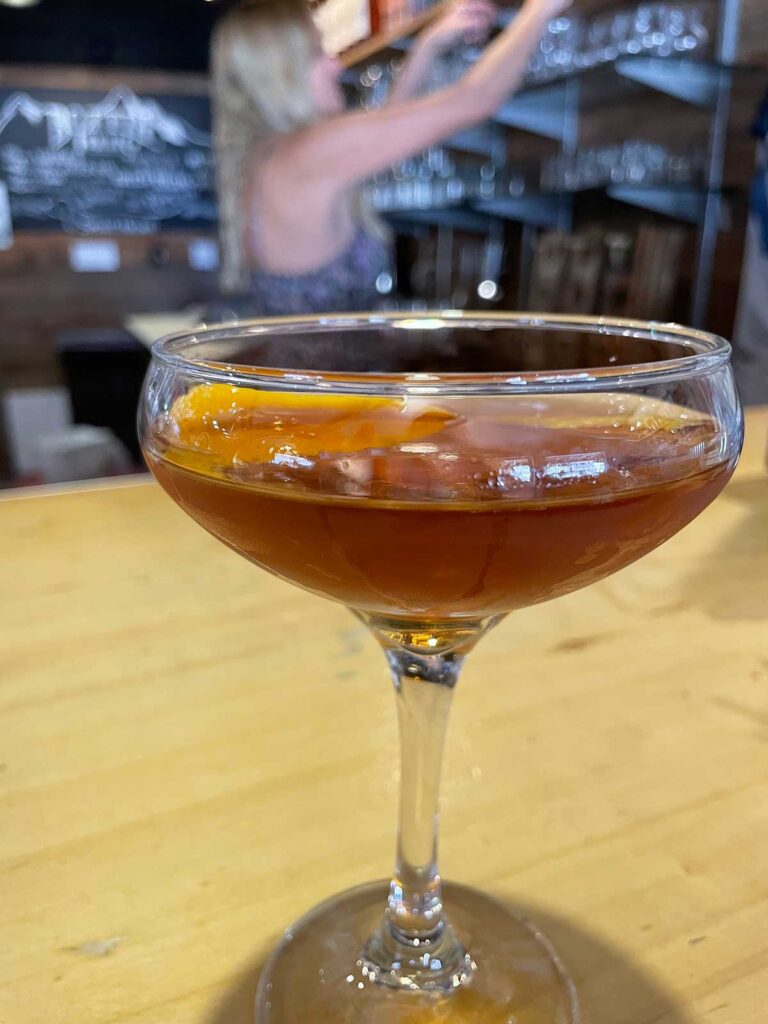 They also make a Cask-Strength Malt Whisky, which is a high 125 to 127 proof. This is the star of the Robert Burns cocktail, composed of Cask-Strength Malt Whisky, house-made vermouth, a cherry infusion, simple syrup, cacao bitters, and a walnut extract. It’s topped off with an orange twist. The Robert Burns is warm and nutty and packs a powerful punch; unlike other drinks, this one is limited to one-per-customer because of the proof of the whisky.

The drink was created on Robert Burns Day, a holiday celebrating Scottish poet Robert Burns. That day, Spirit Hound had Burns’ poetry lying around the bar and gave customers a free drink if they read one of his poems aloud in a Scottish accent. They aren’t doing this promotion now, but it wouldn’t hurt to recite some Burns poetry at the bar and see what happens. 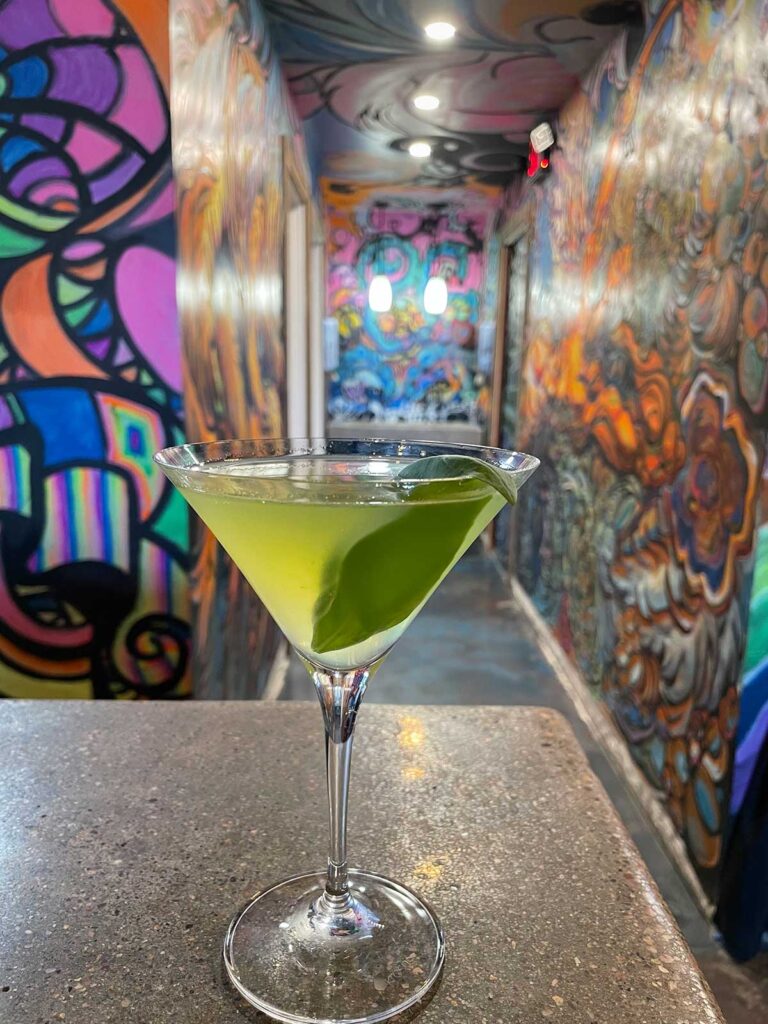 DV8 is a party. The inside is colorful and inviting, with custom-painted walls and a stage hinting at performances to come. This distillery is welcoming to all, even those who are gluten-free, thanks to their vodka and single-barrel whiskey made out of 100% rice. Rice has a sweeter and softer profile than wheat or barley, making DV8’s rice spirits unique.

Of their vast array of mixed drinks, the Thai martini is one of the most memorable. It features DV8’s house-made spicy Thai vodka, their regular vodka, basil, lime juice, and simple syrup. The Thai vodka is infused with bird’s eye chili, which delivers a gentle spice. The basil adds a fresh and savory profile to the martini. 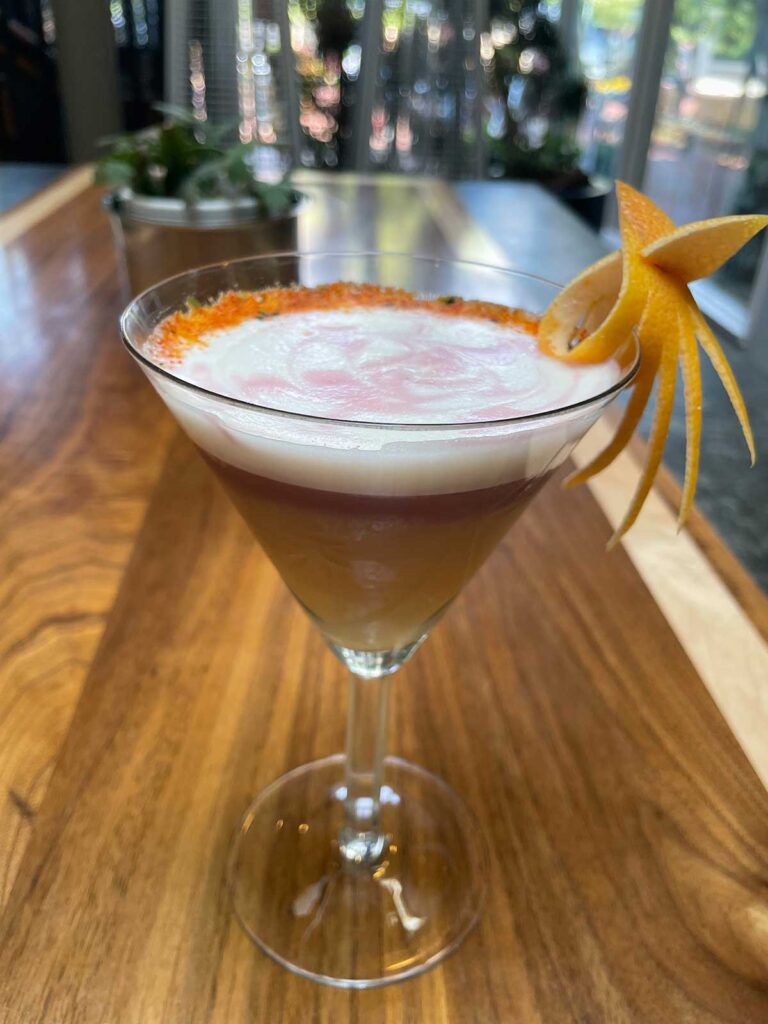 Japango is more than a restaurant. “I see us as a high-class bar that offers sushi,” one of their bartenders said. The sleek yet inviting inside, full of wooden accents and warm lighting, sets the scene for an appetizing evening.

The drink menu offers unique takes on classic cocktails, such as Kakuhido’s Revenge — a mashup between a paloma and a tequila sour. This drink features bold ingredients including Japango’s house-made strawberry- and habañero-infused tequila, yuzu citrus, shichimi togarashi, and an egg white, and New York float. The drink is beautiful to look at, and when you take a sip, don’t be surprised if your pinky suddenly begins to rise — it’s that fancy. However, for such a delicate-looking drink, it packs a punch. The strawbañero-infused tequila coupled with the spicy togarashi on the inner rim of the glass adds a powerful spice to the otherwise fruity drink. 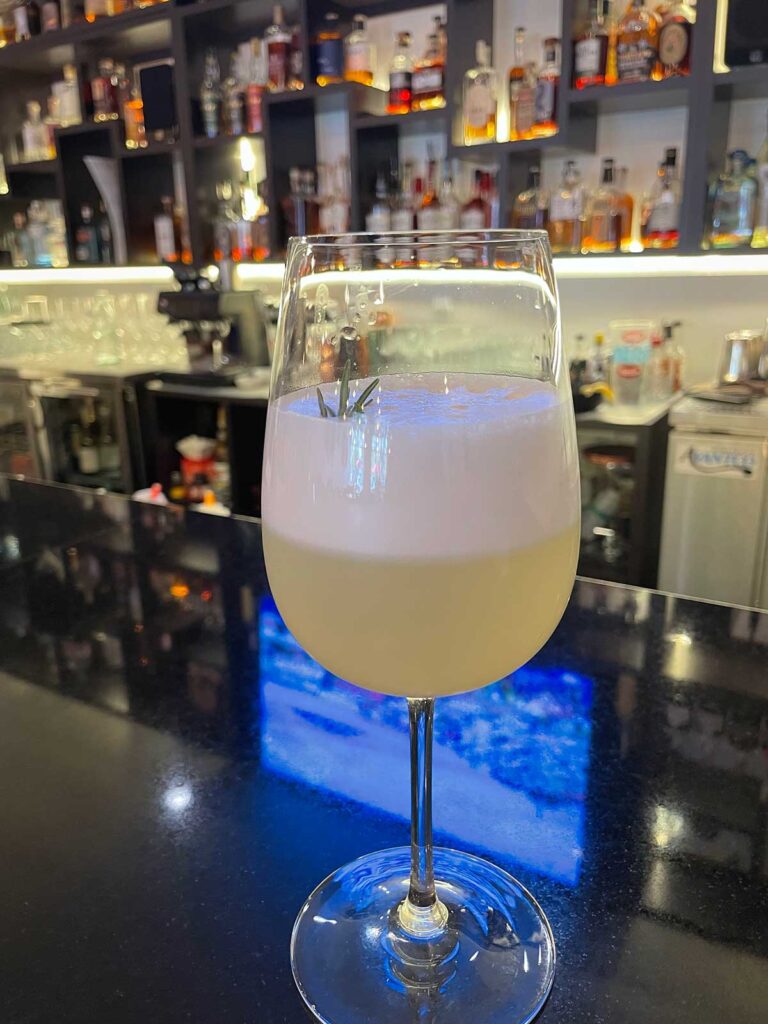 Erie Social Club has an impressively extensive spirit and cocktail menu for being such a new business; owner Nick Varnadoe opened its doors in February of this year. It also offers a small food menu with many vegan options and serves as a space for weekly and monthly events to unify the community.

Erie Social Club has already developed a strong following. By the bar, a woman was ordering the ESC French 95. She said she suddenly craved the cocktail, so she drove all the way from Brighton to get it.

The ESC French 95 lives up to the hype. Created by mixologist Kelley Graham, it features Jones House gin, lemon, rosemary, simple syrup, and champagne. Aquafaba gives it a foamy top. “This is a twist on my mom’s version,” Kelley said. “She used to make it in a blender with an egg white.” 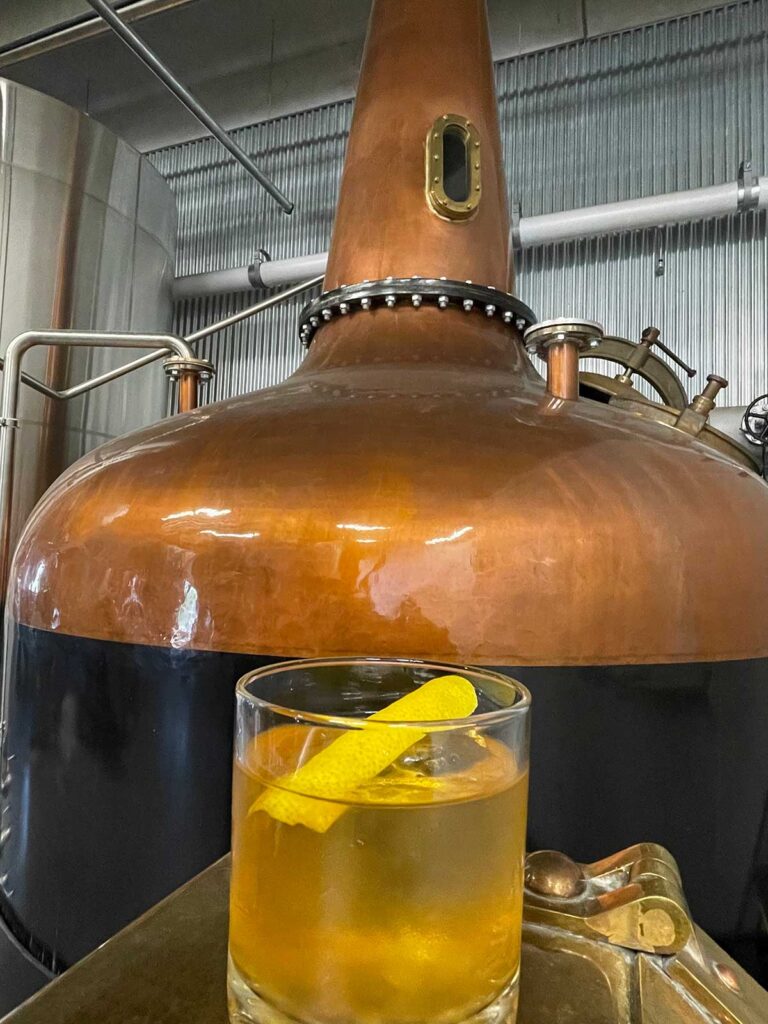 Boulder Spirits is the oldest distillery in Boulder County and is a leader in American single malt whiskey. They are distributed in 10 countries and 20 states, and have won Double Gold at the San Francisco World Spirits Competition. All that is to say, they know what they’re doing.

Currently, Boulder Spirits is only open for private events and tours, as is their tasting room. However, bartender Ryan was nice enough to whip up an old fashioned with Boulder Spirits’ American Single Malt Whiskey Bottled In Bond, smoked orange bitters, and housemade ginger syrup. They adhere to the “keep it simple, stupid” idea, according to Ryan, “but that being said, we have fun.” This motto reigns true in the drink; it is well-balanced while highlighting the rich, lightly fruity whiskey. 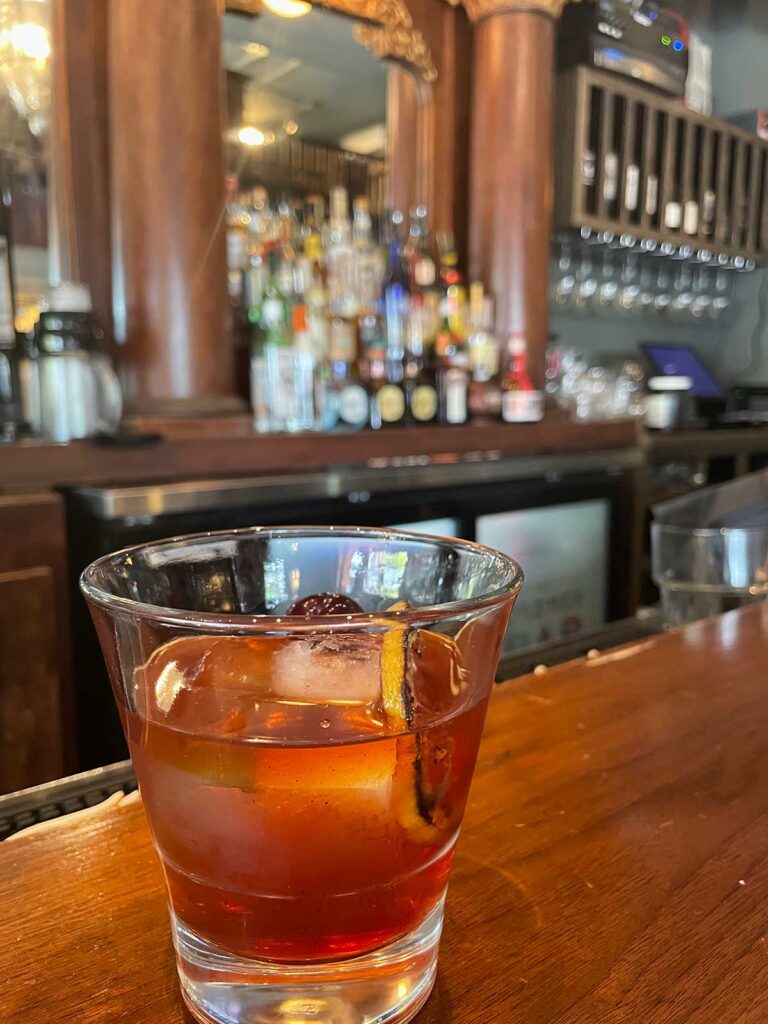 The Corner Bar, opened in 1980, is full of statement pieces gathered from across the country. The beautiful wood frame of the bar, for example, was salvaged from a bar in Oklahoma that was going to be torn down. The chandeliers came from New Jersey and had to be transported on a steam train and then a horse and carriage. Maybe most striking of all, a stuffed moose named Bruce hanging above the bar came from Montana. Coincidentally, it was a bartender named Bruce who shared this information. “People will ask if the moose was named after me,” he said, laughing.

The drink menu is composed of beers, wines, and cocktails. With a new season around the corner, the cocktail menu is expected to change; however, the Burnt Orange Old Fashioned is here to stay. Made with grilled orange- and cherry-infused bourbon and bitters, the drink is satisfyingly sweet and citrusy. It’s meant to be sipped slowly, over a long conversation with Bruce (both the bartender and the moose).

View all posts by Alisa Meraz-Fishbein →