Off Menu with… Chef Luis Catzim | Eatery @ the Sport Stable 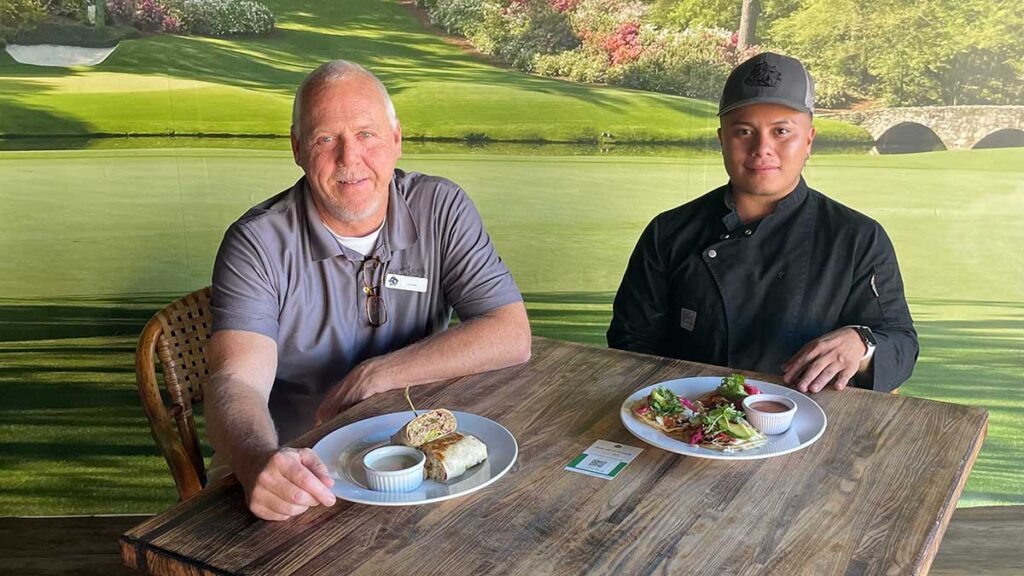 Late in the day on a Saturday afternoon, the Eatery @ The Sport Stable (also known as The Hangry Horse) is an active place. It couldn’t really be any other way. Just to walk into their dining room, which is located as part of the Sport Stable facility at the end of Louisville’s Main Street, you pass a volleyball court and walk just outside two premium rinks used for ice hockey, curling, and skating lessons. Once you’re inside, if you look past the host stand, you see two more fields, a soccer field, batting cages, and volleyball courts.

Most of the tables were full of hockey families and sports fans during my visit, their chatter framed by the hum of multiple large screen TVs and activity at a full bar. Chris Sheehan, vice president and general manager of the restaurant owned by Rock Creek Entertainment, greeted me and introduced me to Chef Luis Catzim. I was interested in knowing about the restaurant and its business model that’s deeply intertwined with area youth sports. I started by trying to really understand what keeping up with a busy Saturday is typically like for him.

“Sometimes maintaining all of this is like juggling,” he admitted before shifting to the positive, “but I’ve been in hospitality for years. I still like that moment when I’m anticipating the customer’s needs and fulfilling them.”

It’s good to see the Eatery @ the Sport Stable is doing so well, given what it’s been through. As with the rest of the hospitality industry as well as the wider world, they grappled with the pandemic. Throughout it, the owners kept the core group of staff employed and converted their business to takeout through DoorDash and Grubhub. They managed to get through those difficulties and come out the other side.

But then came the Marshall Fire.

There aren’t too many places where you can look from a balcony and see where the fire started, but you can do that from the Eatery @ The Sport Stable. It was that close to the ignition site. Furthermore, because it was experiencing a remodel, the devastating smoke and ash affected the site even harder than it otherwise would have. 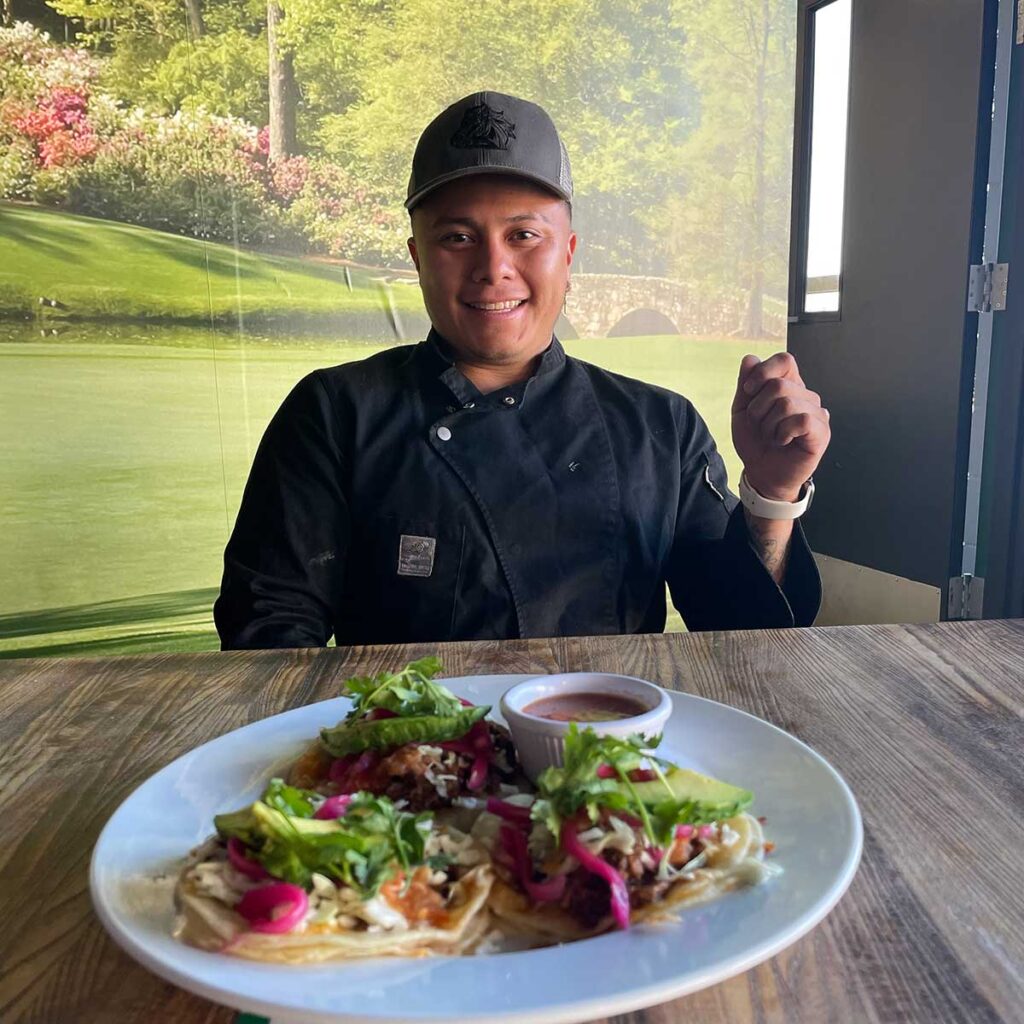 Catzim was employed the whole time and remembers what happened when the fires occurred. He remembers getting the phone call and coming to the realization that the kitchen he spent so much time in, his kitchen, was in the line of fire. He couldn’t do much but tried to help, or standby, while the owners worked through the aftermath. Sheehan said that once the fire danger was past, though the structure remained, there was soot and smoke damage everywhere. Much had to be rebuilt.

As is the case with many other places, the restaurant is a survivor and it’s continuing to serve the public and sports families like it has always done. Catzim is back behind the stove serving some of his favorite dishes. Families are loving the pizzas that are coming out of their brick ovens, and Catzim is happily making his own favorites including the Quesa Birria tacos with braised beef, pickled onions, and avocado, and the Philly Wrap, a play on the French Dip but in a tortilla and unique to the restaurant.

The menu items reflect Catzim’s passion for creating things that are fresh.  “Everything is homemade. The salsa, the toppings. When I inherited this kitchen, they were already on the menu, but I changed the flavors. Now, when the plates from tacos and wraps come back, they’re all clean. There’s not much left for the dishwashers to do.

Originally from the Mexican state of Yucatán, Chef Catzim loves fresh flavors but aside from the items he had me try, one of the things he said he’d really like to create some day is ceviche, a recipe he learned from his grandmother. “Ten hours marinating. Don’t shortcut.” Ingredients he likes to use include octopus, crab, mango, avocado, and lime. 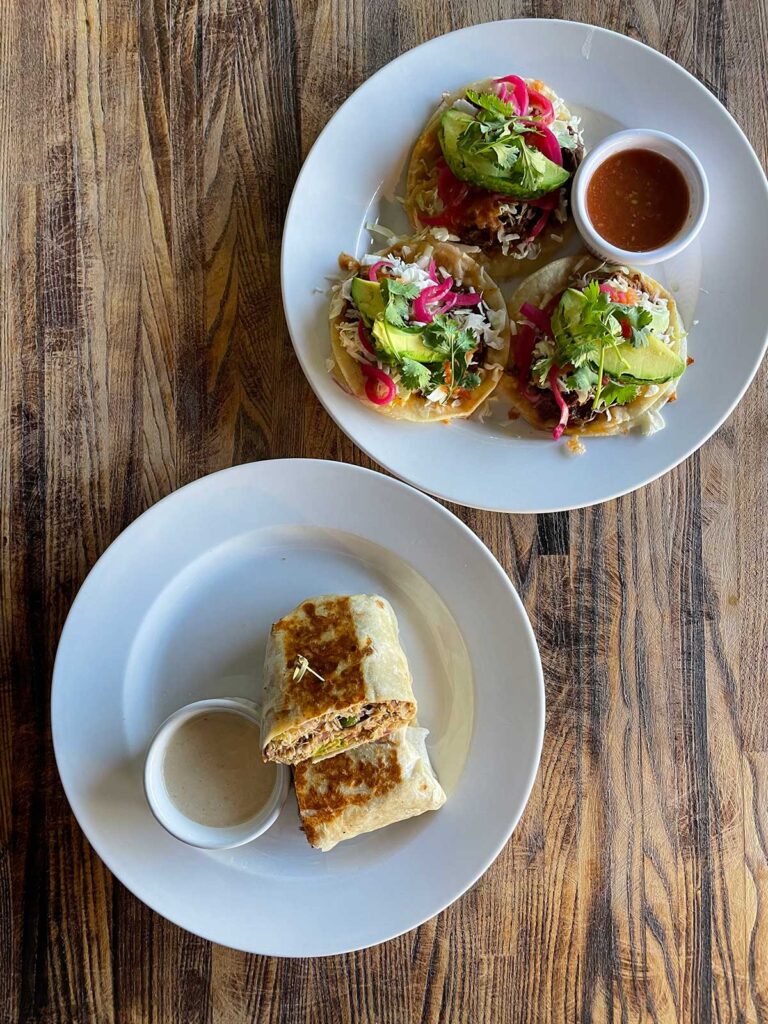 He’s also a fan of the Yucatán taco, featuring a thicker homemade tortilla, almost like a flatbread, stuffed with ground beef, cabbage, or mixed greens.

Chef Catzim and Sheehan are excited to be where they are. They’re focusing on the future rather than dwelling on a stressful past. The concept is poised to grow, with more stores on Louisville’s Main Street coming. All signs point to more tacos, pizza wraps, and good times coming out of this place for years to come.