The 8th Congressional District: Can a pediatrician beat an anti-abortion extremist to become the first Latina elected to Congress from Colorado? | Community Corner

Community Corner is provided by members of our community on relevant local subjects. Typically CC  is provided by organizations working to affect positive change but can also be provided by individuals but all rely on their expertise in their fields to address the topic they are contributing on. 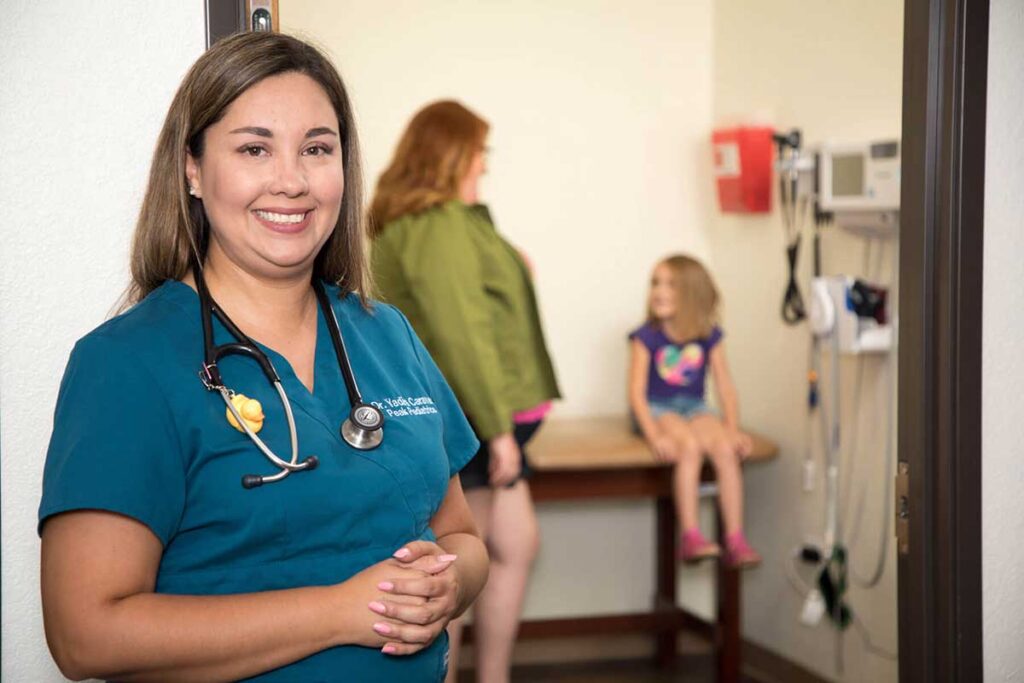 Dr. Yadira Caraveo, a pediatrician and current state representative, is breaking new ground in Colorado’s new Eighth Congressional District. If elected, Caraveo will be the first Latina to hold federal office from Colorado. Caraveo has spent the last 4 years representing Thornton and Northglenn in the State House. Her opponent is anti-abortion, oil and gas champion, Republican candidate Barbara Kirkmeyer (a Colorado State Senator).

The 2020 Census yielded a new congressional district for Colorado. Colorado’s Eighth Congressional District covers Adams and Weld County – from Commerce City to Greeley, Thornton to Firestone. The new district is 40% Latino. Over the last decade, the district has also become known as the center of new neighborhood fracking operations in Colorado.

The daughter of Mexican immigrants, Yadira and her three siblings grew up and attended public school in Adams County. Caraveo went on to go to college at Regis University and then to medical school at the University of Colorado. Raised by a working family, Yadira has spent her career advocating for Colorado working families. Her biography notes that, during her medical residency, she became a union representative with SEIU to advocate for better working conditions. Caraveo has spent her career working to serve working and low income families as well as organizing fellow doctors to become part of the Union of Concerned Scientists.

In 2018, Caraveo ran for the Colorado State House, to represent the community where she grew up and where she now practices medicine. Throughout her four years in the Colorado legislature, Yadira has not shied away from taking on hard fights. She has sponsored  legislation to lower the price of health care, keep fracking out of residential neighborhoods and away from schools, limit and reduce air pollution to protect our kids, expand access to preschool and paid family medical leave, and prevent evictions during the COVID 19 pandemic.

Caraveo’s opponent, Sen. Barb Kirkmeyer of Weld County, is in many respects the polar opposite of Rep. Caraveo’s thoughtful and community-anchored leadership. As Weld County Commissioner, Kirkmeyer fought to ban Plan B and led an extreme campaign for several Colorado counties to secede from the state and form the new state of “North Colorado.” Further, Kirkmeyer’s servile devotion to the oil and gas industry is a long-standing theme of her career in office. Kirkmeyer fiercely opposed Caraveo’s  SB19-181 (which changed the mission of the Colorado Oil and Gas Conservation Commission to “prioritize public health and safety,”). In 2018, Kirkmeyer told the New York Times “if you don’t like it, you shouldn’t move in next to it,” over the new 2018 placement of a 24-well fracking site just 828 feet from a school soccer field at Bella Romero Academy.

During the COVID-19 pandemic, Kirkmeyer fought public health measures put in place to reduce the spread of the virus in the pandemic’s early phase before vaccines and effective treatments were available. Kirkmeyer has proudly campaigned on being a “no exceptions” opponent of abortion rights and opposed the historic 2022 Reproductive Health Equity Act, codifying abortion rights into state statute. Most recently, Kirkmeyer was caught by local media attempting to scrub her website of all references to the issue.

While Kirkmeyer has spent her time in office working to ease the way for the oil and gas industry, charter and religious schools, and bans on abortion and reproductive health, Yadira Caraveo has not lost sight of the community she serves in seeking to represent the Eighth Congressional District. In fact, constituents in the district had this to say of Caraveo:

“Yadira has been my children’s pediatrician for years, including through my son’s two life threatening hospitalizations. I trust her with the most important thing in my life: my children. She understands the challenges that working families face every day, and she is empathetic, thoughtful. An evidence based approach is exactly what we need in Congress.” – Suzie Brundage, Thornton resident.

“Yadira is a champion for protecting the health and safety of children. She was one of the first among other concerned scientists and doctors to raise concerns about the placement of fracking wells so close to schools and residential areas. She knew that cumulative exposure to dangerous leaks of airborne chemicals like benzene posed a serious risk to small children if they were exposed. She spoke out on their behalf.” – Therese Gilbert, Greeley resident.

Former State Representative Joe Salazar of Thornton had this to say: “Caraveo has remained part of this community and is a champion for women and working families. In the short period Rep. Caraveo has been an elected official, she has demonstrated her desire to represent and help all communities. In the ungodly long period Barbara Kirkmeyer has been an elected official, her focus has been to demonize people and communities she disagrees with. CD-8 deserves someone who fights for all of us. Yadira is the clear, smart, rational choice for our communities.”

In a district created to be the most politically balanced and competitive in the nation, Caraveo is a perfect candidate where Kirkmeyer is a shockingly inappropriate throwback to a far-right agenda that Colorado voters have repeatedly rejected at the polls. At a time when abortion and reproductive rights, democracy and fundamental freedoms are under attack, and at a time when working families need a champion, Yadira Caraveo is the compassionate, community-centered fighter that Colorado needs.

View all posts by Sara Loflin →