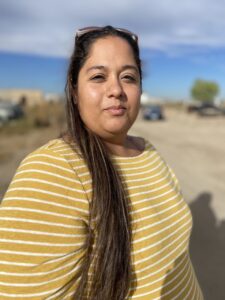 WIGGINS, Colo. — From Monday through Thursday, Veronica Talamantes spends her days driving to and from school, picking up and dropping off three of her children.

“We live kind of far because we live out in a farm,” Talamantes explained. “You have to [drive], there’s no other option.”

Ideally, her children would take school buses, but Wiggins School District canceled their transportation service this year and the price she’s had to pay for that has been monumental.

Talamantes said it has been hard for her to get a job because she has to plan around driving her kids to and from school.

“For parents that … live far from the school and try to get a job and we can’t because there’s no transportation that will bring our kids safe from school and to school… so it’s hard,” said Talamantes.

Her husband is a farmworker at a dairy nearby. She said the money her husband earns goes to bills and gas. “We live week by week,” said Talamantes.

“I’ll pump gas but I don’t go anywhere else because gas here was almost $5 [per gallon],” she said. Talamantes and other farmworker families have tried carpooling but because Wiggins is so spread out, that has been hard. 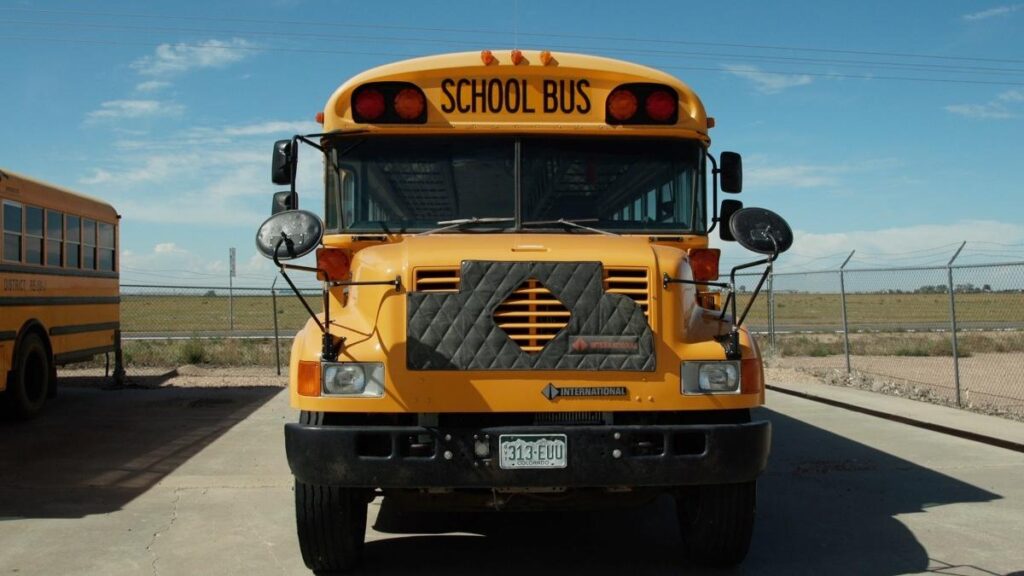 Wiggins School District canceled their transportation services because of hiring challenges. The superintendent warned that Wiggins won’t be the only district struggling with the shortage if recruitment efforts don’t improve. Courtesy of Rocky Mountain Public Media

“We just had a pumpkin patch farm pick them up so they can use them for a zombie apocalypse type area,” Kerr said of the buses.

The district crunched the numbers and realized they were losing money by having over a dozen buses just sit in a parking lot.

“We had to get new batteries in them,” Kerr explained. “If they’re not being ran, the batteries were being worn down.”

The district is down to six buses that they have for activities and emergencies. As for driving kids to school, Kerr said, “it was something nobody wanted to do.”

This will be the third year families in Wiggins will not have bus transportation. The first two years were because of the pandemic, then the district lost all their drivers to retirement. Recruiting more has been challenging, Kerr said, because of the job requirements. Kerr explained that in order for people to qualify to drive a school bus, they need to earn a Class B CDL. “Which is the same thing as driving a semi-truck,” he said. “So, people don’t want to drive a school bus for $25 an hour when they can drive a truck full time.”

The school district does offer before and after school programs and a virtual option for students to learn from home if transportation becomes an issue.

Often, Kerr said he has had to get behind the wheel himself. In Colorado, superintendents are the only ones who can drive school buses without a CDL classification, he said. Kerr knows of at least four other Colorado superintendents having to do the same thing because of the lack of drivers.

He recognizes this decision is putting more teenagers on the road and more children in cars with teenagers driving.

For moms like Talamantes, she would rather lose half her family’s income than put her children in danger. But, she’s not sure how much longer they can survive with that sacrifice.

Her message to the school district is to allow other people to come help brainstorm different options.

“I think it would be helpful just to see other ideas other options. How is everyone working to maintain their buses? At least to help the parents that need it,” said Talamantes. “The point is to help everybody out. We’re all struggling the same way. Help each other out to make it possible.”

Not Just a Colorado Problem

School districts nationwide are struggling to get bus drivers behind the wheel.

The lack of drivers is forcing districts to cut corners and parents to get creative.