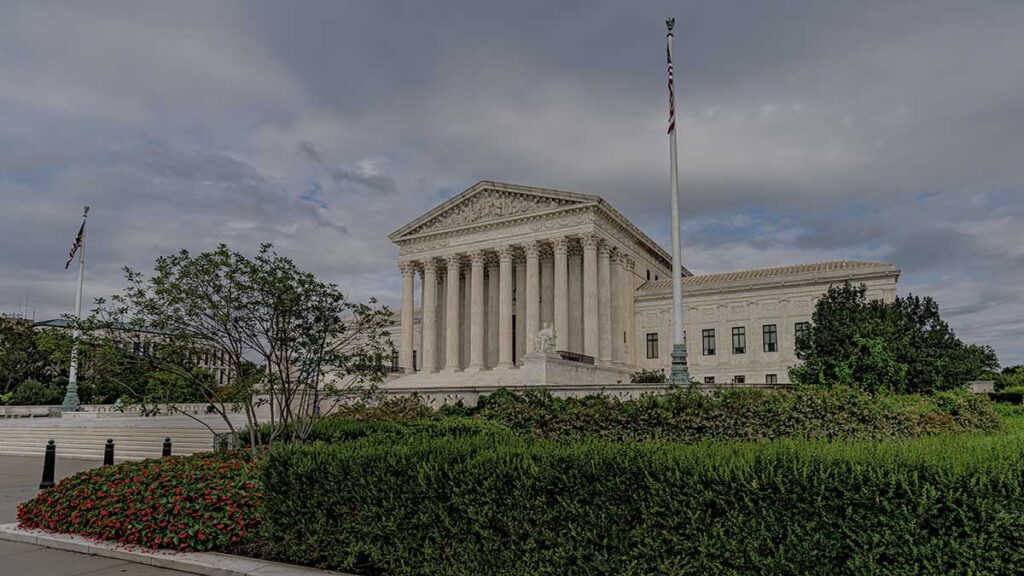 A race is on to determine which wetlands and other waters will be protected under the Clean Water Act, the law that regulates the discharge of pollutants into the nation’s water. At issue is not only the protection of water bodies but also clarity for farmers, ranchers, developers, and others who question whether the actions they take on their lands require a federal permit.

Last month, on October 3, the U.S. Supreme Court heard Sackett v. EPA, a case that asks whether certain wetlands are protected under the Clean Water Act and how that should be determined. The Supreme Court offers no specific timeline as to when it will release an opinion, aside from by the end of this term in June 2023, or sooner, but likely not before January 2023.

“The magnitude of this Supreme Court case can’t be overstated,” said Ashley House, director of public policy national affairs for the Colorado Farm Bureau. “It’s a matter of food security.” But it’s also a matter of protecting the state and nation’s water resources.

In Colorado there is no state program to protect certain wetlands and waterways from dredging, filling and other damage if they’re not covered by the Clean Water Act. The state has always relied on the federal government’s program for dredge and fill permits, though it could develop its own protections if needed.

Over the past seven years, the test for which water bodies are protected under the Clean Water Act has changed three times – with each new presidential administration – as certain categories of wetlands and ephemeral streams have been revised in and out of the definition for “waters of the United States,” also known as WOTUS, a federal status that extends them protections under the Clean Water Act.

Now, the U.S. Environmental Protection Agency and the Army Corps of Engineers are developing another new rule that would also clarify which waters are protected from pollutants under the act. The agencies’ final rule was submitted in September 2022 and, according to EPA, the agencies plan to issue the rule by the end of the year.

Recent changes to the definition of WOTUS occurred in 2015, 2020 and 2021, with another likely coming in 2022. Those recent definitions for what qualifies have bounced between broader and narrower.

“A narrow definition of waters of the U.S. leaves an incredibly important water resource value unprotected by federal law — which is basically uniform across the nation — and then it’s up to the states to decide what to do, and some states won’t decide to protect those areas at all,” said Joro Walker, general counsel with Western Resource Advocates.

The 2020 definition, for example, excluded all ephemeral waterways and some wetlands. Ephemeral streams represent more than 25% of Colorado’s stream miles, according to Colorado Trout Unlimited.

But farmers and ranchers, developers, and other business owners worry the broader definition would mean federal involvement in day-to-day decisions around their properties, or the need to consult a lawyer on something like driving across an ephemeral stream or running water through an irrigation ditch every few years. The 2015 rule included a broad definition and has been referred to as a federal “overreach.” Sen. John Barrasso (R-Wyo.) said in 2019 that the rule would have put “backyard ponds, puddles, and prairie potholes under Washington’s control.”

Now though, the Colorado Farm Bureau and others who are regulated are calling for clarity and security, something they hope the Supreme Court will provide.

“It’s hard to know what is covered,” said Travis Vincent, general counsel and director of public policy state affairs for the Colorado Farm Bureau. “We want a more bright-lined test so our members have a better understanding of when their property or something on their property would be regulated under WOTUS.”

The organization is also looking for more stability.

“On the existential level it creates a lot of anxiety when you have changes to the definition with every changing administration. There’s a sense of anxiety with all producers,” said House. “Producers need accountability and also regulatory consistency.”

According to a statement issued by EPA, the new rule will include “amendments to reflect the agencies’ determination of the statutory limits on the scope of the ‘waters of the United States’ informed by Supreme Court precedent, the best available science, and the agencies’ experience and technical expertise.”

“We are in a very dynamic situation with the rule and have been for a number of years,” says Trisha Oeth, director of environmental health and protection at the Colorado Department of Public Health and Environment. “I think all interests would benefit from certainty and stability in this area, so we continue to watch it very closely and have been having conversations with stakeholders here in Colorado to figure out, long term, what is the right path for us.”

In Colorado, not all changes to the rule have been implemented. A month after the 2020 revision took effect, which rolled back protections, Colorado filed a legal challenge. According to Colorado’s Water Quality Control Division, some 25% to 50% of Colorado streams, lakes and wetlands could have been impacted by the 2020 rule. Colorado’s attorneys initially secured a stay on enacting the new rule and absorbing more enforcement responsibilities, but that ruling was vacated by the Tenth Circuit Court in March 2021.

In 2021, the nation reverted back to the pre-2015 rule but just after that, in January 2022 the Supreme Court agreed to review Sackett v. EPA, which questions whether certain wetlands are waters of the United States. The Sacketts own land in Idaho which lies across from wetlands and drains into a tributary that feeds Priest Lake. They had long been trying to build there but EPA and the Army Corps of Engineers found that the dredging and filling of construction would affect the tributary and lake.

When the case went to the U.S. Court of Appeals, the court upheld EPA’s conclusion, based on a test established through a 2006 Supreme Court case, Rapanos v. United States, in which Justice Kennedy argued that the Army Corps of Engineers should determine whether the water at issue possesses a “significant nexus” to waters that are navigable when determining whether a water body meets the definition of WOTUS.

But in the Rapanos case, justices failed to achieve a majority opinion on the WOTUS test. This has left, as the Sacketts have said, a landscape of “fruitless confusion, conflict, and litigation.”

The Sacketts appealed the Court of Appeals’ decision to the Supreme Court. The Sacketts aren’t alone in standing up to EPA on its decision. In April 2022, the Colorado Farm Bureau joined 19 other state Farm Bureaus in filing a brief with the court in support of the Sacketts.

More than 40 additional briefs in support of either EPA or the Sacketts have been filed by many other parties, including the State of Colorado, which filed a brief in June arguing for broad protection of waters and for the use of the “significant nexus” test in determining which waters to protect.

Although the court has heard oral arguments, it remains unclear where the justices will side and whether they will come together to provide a new, definitive test for WOTUS jurisdiction.

“It’s hard to speculate on what the [U.S. Supreme Court decision] is going to look like,” said Oeth. “If the outcome were to change the definition of WOTUS or add a new test for what WOTUS includes, that could have an impact here in Colorado.” If a new definition were to apply to fewer water bodies than it does now, that would mean that Colorado waters would have less protection than they do today, she said.

Elizabeth Miller contributed to this report.

Caitlin Coleman is a contributor to Fresh Water News and is editor of Water Education Colorado’s Headwaters Magazine. She can be reached at caitlin@wateredco.org.

Fresh Water News is an independent, nonpartisan news initiative of Water Education Colorado. WEco is funded by multiple donors. Our editorial policy and donor list can be viewed at wateredco.org